Wary of ‘breakthrough’ infections, some vaccinated people eye another shot. Is it needed? 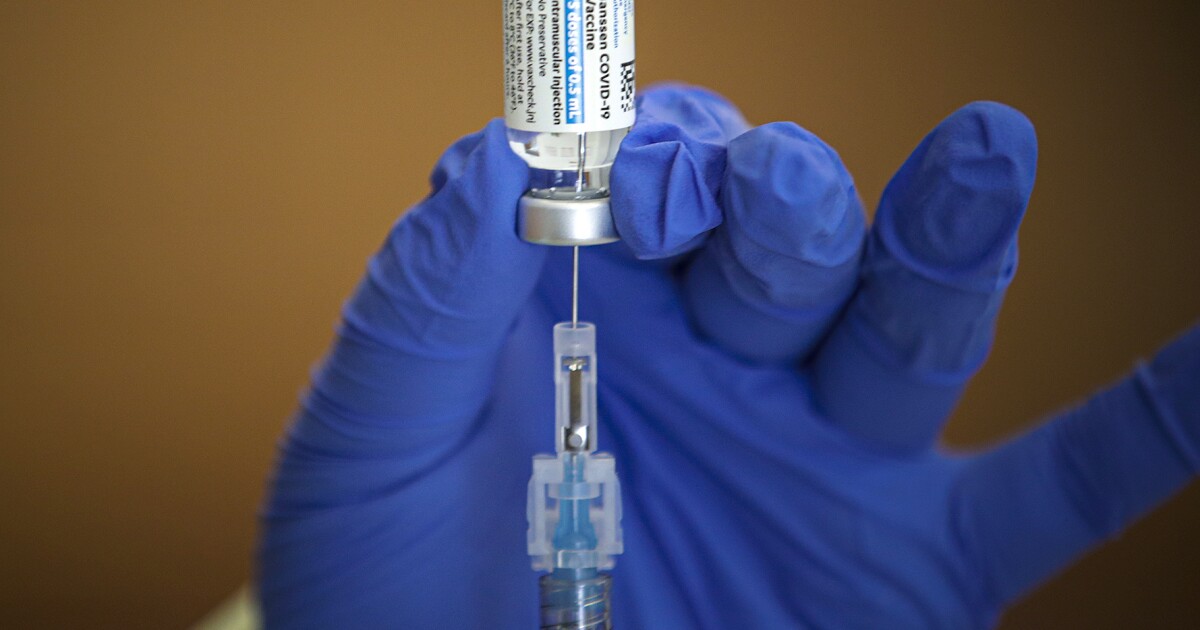 With the highly contagious Delta variant raging across California and the country, some people who have already been vaccinated against COVID-19 are asking whether another shot might better armor them against potential infection.

Like so many things in the time of COVID-19, the idea of vaccine boosters has become an oft-discussed concept but hardly a settled science. State and federal health officials continue to say that they’re largely unnecessary and that the primary focus should be getting the unvaccinated to roll up their sleeves.

After all, despite concerns surrounding the relatively rare occurrence of post-vaccination “breakthrough” cases, experts say those who are uninoculated remain at far greater risk of being infected and even more in danger of becoming seriously ill.

For the week of July 31, the average coronavirus case rate among unvaccinated Californians was 33 per 100,000 people per day, nearly five times the comparable rate of vaccinated individuals. And in Los Angeles County — home to a quarter of the state’s population — the risk of being hospitalized for COVID-19 is now 19 times higher among those who are not fully vaccinated than it is for those who are, Public Health Director Barbara Ferrer said Thursday.

“The eyes on the prize should be preventing hospitalizations, in terms of resources, and serious disease and death,” said Dr. Peter Chin-Hong, an infectious-diseases specialist at UC San Francisco. “Rather than have people fuss over a third or fourth shot for [the] general population in the U.S. and rich countries, really, we’re not going to get ahead of this pandemic until the world is uniformly” vaccinated.

Still, some experts said there are select groups — such as immunocompromised people — that could benefit from boosters.

And it’s clear there’s a demand.

In San Francisco, which has hardly shied away from aggressive measures to counter COVID-19, public health officials announced Tuesday that they would start accommodating special requests for anyone who previously received the single-shot Johnson & Johnson vaccine to get a supplementary dose of either Pfizer-BioNTech or Moderna.

San Francisco appears to be the first, and perhaps the only, jurisdiction in California that is permitting the practice. As of Friday, just over 420 people had opted to get a supplemental dose, health officials said.

Dr. Naveena Bobba, San Francisco’s acting health officer, said the decision followed requests from some residents who were hoping another shot would afford them additional protection.

However, San Francisco health officials say that they are not actually recommending the practice and that the move did not constitute a policy change. And Bobba said anyone seeking a supplemental shot must first speak to a doctor.

“We have full confidence in all three vaccines being used today,” she said. “The vaccines work. The difference between getting COVID-19 while vaccinated could be the sniffles versus suffocation if you’re unvaccinated.”

While Pfizer has already announced plans to seek U.S. authorization for a supplemental dose of its two-shot COVID-19 vaccine, and Moderna said Thursday it is preparing for the possibility of doing the same, much of the public discourse around boosters has centered on Johnson & Johnson.

The single-dose vaccine, once hailed as a potential game-changer, has instead been dogged by production issues, the discovery of some rare potential side effects and a lingering public perception that it’s subpar compared with its two-shot counterparts.

Dr. Robert Wachter, chair of UC San Francisco’s Department of Medicine, said those who received the Johnson & Johnson vaccine could stand to benefit from a booster — along with those who are elderly or who were vaccinated more than six months ago.

For those groups, he said, the benefits of another shot “outweigh the risks.”

But generally, many health officials maintain all three available vaccines are highly effective at stemming coronavirus infection, and especially so at preventing severe disease.

According to figures presented during a recent federal health briefing, Johnson & Johnson has been 72% effective against clinically recognizable disease in the United States.

“Breakthrough infections in fully vaccinated people are the exception, not the rule. And when they do happen, the vast majority are mild and asymptomatic,” U.S. Surgeon General Vivek Murthy said Thursday.

However, given the high transmissibility of the Delta variant, there have been concerns that Johnson & Johnson recipients may be more susceptible to post-vaccination infection.

Though it’s unclear how many breakthrough cases in California have been among those who got that vaccine, Los Angeles County officials shared data last week showing only 0.27% of people vaccinated with Johnson & Johnson had later become infected — compared with 0.15% of Pfizer-BioNTech recipients and 0.09% of those who got Moderna.

At this point, neither the Centers for Disease Control and Prevention nor the Food and Drug Administration is recommending additional shots for those who have completed their inoculation regimen.

In a joint statement last month, the agencies said that “Americans who have been fully vaccinated do not need a booster shot at this time” but added that health officials “continue to review any new data as it becomes available” and “are prepared for booster doses if and when the science demonstrates that they are needed.”

California is also aligned with the feds on the booster issue, according to state health officials.

Though boosters may not be necessary now for everyone, some health officials say one group may need them sooner than most: those who have compromised immune systems and may not get the same kind of protection from the standard course of shots.

Dr. Anthony Fauci, the U.S. government’s top infectious-diseases expert, said that “immunocompromised individuals are vulnerable” as data show they “in general do not make an adequate response that we feel would be adequately protective.”

“It is extremely important for us to move to get those individuals their boosters, and we are now working on that,” he said during a briefing Thursday. “And we’ll make that be implemented as quickly as possible because, for us and for the individuals involved, it is a very high priority.”

Another issue in the booster debate is the enormous disparity in vaccine access around the globe. While the United States and some other wealthy countries are awash in doses, many poorer populations are still desperately awaiting their deliveries.

The World Health Organization on Wednesday called for a moratorium on vaccine booster shots through September, for a chance to reach the agency’s goal of vaccinating 10% of every country’s population.

Already, nearly half of all Americans — and roughly 54% of Californians — have been fully vaccinated.

But Wachter doubted that the U.S. would be likely to part with too much of its supply.

“If we start seeing many people get sick with COVID for lack of a booster shot, and the reason we don’t have enough shots is we’ve sent them abroad, that’s asking a lot of a country,” he said. “And I think it’s unlikely that any country will make that choice.”

Suspect arrested in killing of prominent Bank of America executive