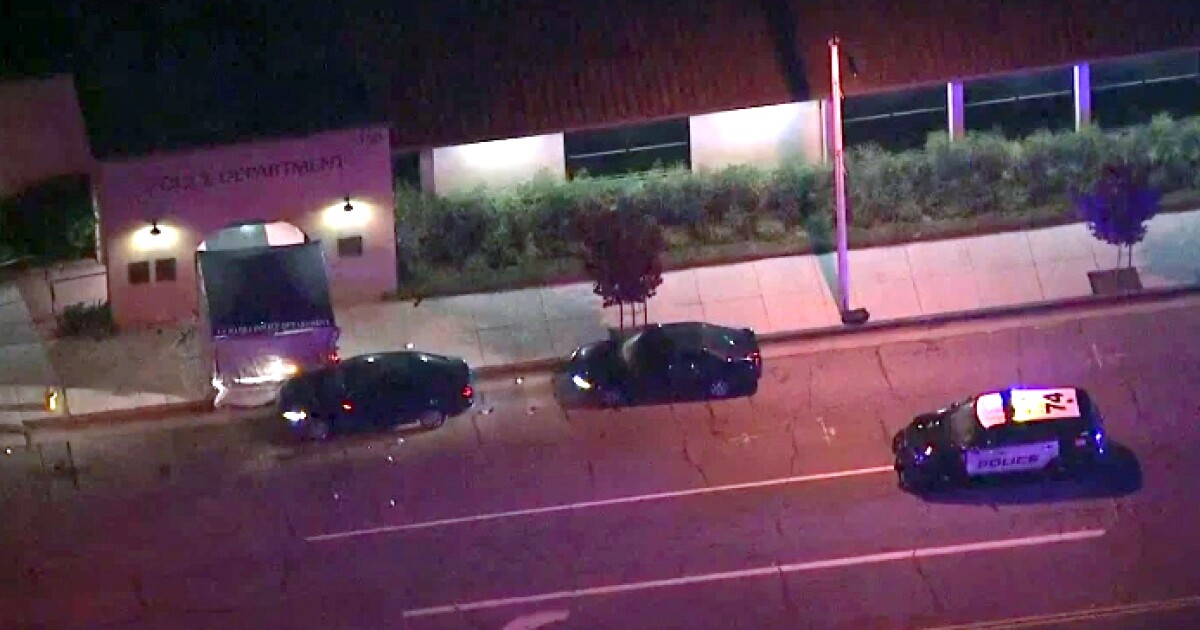 One person was killed and a police officer wounded in a shooting outside the entrance of the La Habra police station in northwestern Orange County.

In a statement issued late Friday night, La Habra police said that officers responded to the front entrance of the police station regarding a disturbance call. Details about the shooting and the circumstances leading up to it are not yet known. An officer was struck by gunfire and transported to a nearby trauma center. The officer is in critical but stable condition, police said.

The individual who was fatally shot by police was the suspect in the incident, and a firearm was recovered at the scene, police said.

“I can confirm that there is an individual that was shot and his body is in front of the Police Department. It is not one of our officers,” La Habra City Councilman James Gomez said in a live video on Facebook just before 8 p.m. Friday. The identity of the deceased is not yet known.

“It’s a very, very active situation that’s occurring right now. Very active, very fluid situation — the investigation is going on, so some of the investigation [as] it goes forward could change with the amount of witnesses that they’re interviewing,” Gomez said in his Facebook video.

Los Angeles County Fire Department Dispatch Supervisor Jeremy Stafford said that paramedics responded to a reported shooting at the La Habra police station on Euclid Avenue around 7 p.m., but Stafford was not able to share further information about the incident. The city of La Habra contracts with the county Fire Department for emergency medical services.

In another Facebook live video just after 10 p.m., Gomez said the police investigation would probably continue “through most of the night.” In their statement, police said that they were in the “preliminary stages” of the investigation and that the Orange County district attorney’s office would be conducting an independent investigation.

This is a developing story.

Wary of 'breakthrough' infections, some vaccinated people eye another shot. Is it needed?