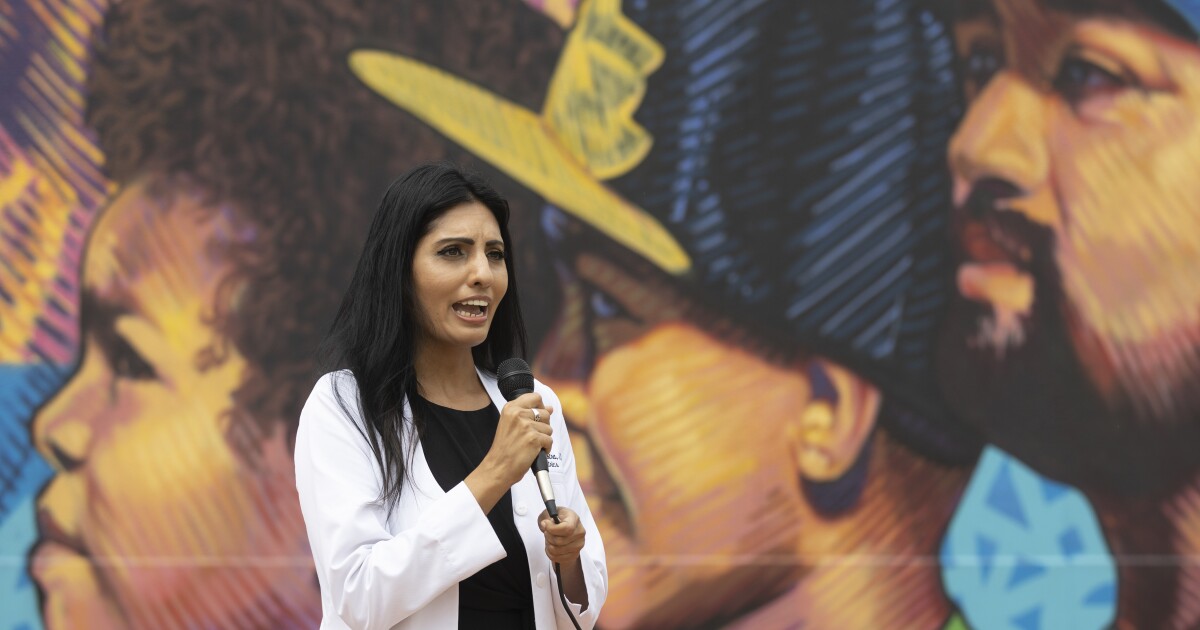 Coronavirus infections found at Los Angeles Unified schools rose steadily during the five weeks of summer school, but appear to have affected a small proportion of students and staff, according to data provided to the Los Angeles Times.

The increase in infections found through regular coronavirus screening corresponded with the rise of the Delta variant. The summer program began with a few cases detected among about 44,000 students and staff who attended in-person classes and were tested weekly. The nation’s second-largest school district enrolls about 465,000 K-12 students during the regular academic year.

Summer school classes started June 21 or June 22 — depending on the grade level — and concluded July 23. During the first week, the district recorded 20 infections among students. During the final week, the district recorded 59 infections, with a total of 174 student cases over the five weeks. Among staff, the figure was two for the first week and 16 for the last, with a total of 53 cases over the five weeks.

The vast majority of these cases appeared to have been contracted off campus. But there also were cases of possible transmission directly related to participation in summer school — a total of 12 over the five weeks. All but one of these cases involved students.

By way of comparison, the district reported two cases of apparent transmission during the regular school year after campuses reopened in April. During that period, students and adults were back on campus for seven to nine weeks, depending on the grade level. The two cases involved adults who were not vaccinated. The district did not release the vaccination status of the 12 summer cases.

Officials found no cause for alarm regarding the summer school infections. When schools reopen Aug. 16, officials said, campuses will be as safe as possible, and a classroom remains the best place for the vast majority of students for the coming school year.

“That is where our mitigation measures are coming into play,” said school district medical director Dr. Smita Malhotra during a tour last week of safety measures at Euclid Avenue Elementary in Boyle Heights. “Yes, the Delta variant is more transmissible. That’s just general knowledge. But our mitigation measures — such as our upgraded ventilation systems, our required masking, our robust testing program — will help to keep our schools as safe as possible.”

The district’s infection rate was much lower than for the county as a whole. During that corresponding week in latter July, the infection rate in the county at large was about 5%, or about 50 tests per 1,000. The lower rate in schools does not necessarily mean that campuses were less likely to have infectious people than the community at large. The numbers could be lower because everyone was tested on campus, whereas testing in other venues may have been weighted heavily with people who sought out testing because of an exposure to the virus or symptoms.

There are gaps in the data that the district released. About 14,000 students went to campuses to participate only in activities outside of class, in programs that offered arts and crafts, sports and homework help. The district also tested these students, but did not provide data on their results. These programs generally began a week before summer school and also lasted a week longer.

The district also did not provide the size of the testing pool for adults in summer school and did not release the names of campuses where the infections were detected. But officials said most were in the San Fernando Valley.

L.A. Unified provided data to The Times in response to a request for public records and follow-up communications. The data were not posted publicly. The district had previously committed to post such data both school-by-school and districtwide. Officials said they would provide substantial data to parents and the community once the regular school year begins.

Inevitably, the situation on the ground will be different when the new school year begins. If current trends hold, campus enrollment will be close to normal. So, far, about 99% of students are expected to return in person, with the remainder choosing online learning.

Families have through Friday to choose an online option for the start of the school year.

Other factors also will be different on campus when compared with spring, when only about 1 in 4 students attended in-person classes, and students were on campus only part time. In the spring, L.A. Unified enforced a six-foot distance between desks and kept students in small, unchanging groups to limit mixing and the potential spread of the virus. In the fall, schools will practice as much distancing “as possible,” while allowing for full enrollment and a full school day five days a week.

Safety protocols at L.A. Unified will remain among the most strict. Students, for example, will be required to wear masks outdoors. State and county health guidance requires mask wearing only indoors.

In her review of safety parameters, Malhotra also stressed a strategy that will depend on the personal decisions of families and employees: Get vaccinated if you are eligible, she advised.

“The biggest message I can give regarding the Delta variant is to get vaccinated,” Malhotra said, “because that’s still your greatest protection.”

At least one private school has gone further with safety protocols. Harvard-Westlake School in Beverly Crest will require all on-campus staff and eligible students to be immunized against COVID-19.

“Our policy is that everyone who comes to campus during the school day should be fully vaccinated,” spokesman Ari Engelberg said. Exemptions will be considered on an individual basis for a documented medical condition or strongly held religious belief.

California water restrictions amid drought: How bad is it?