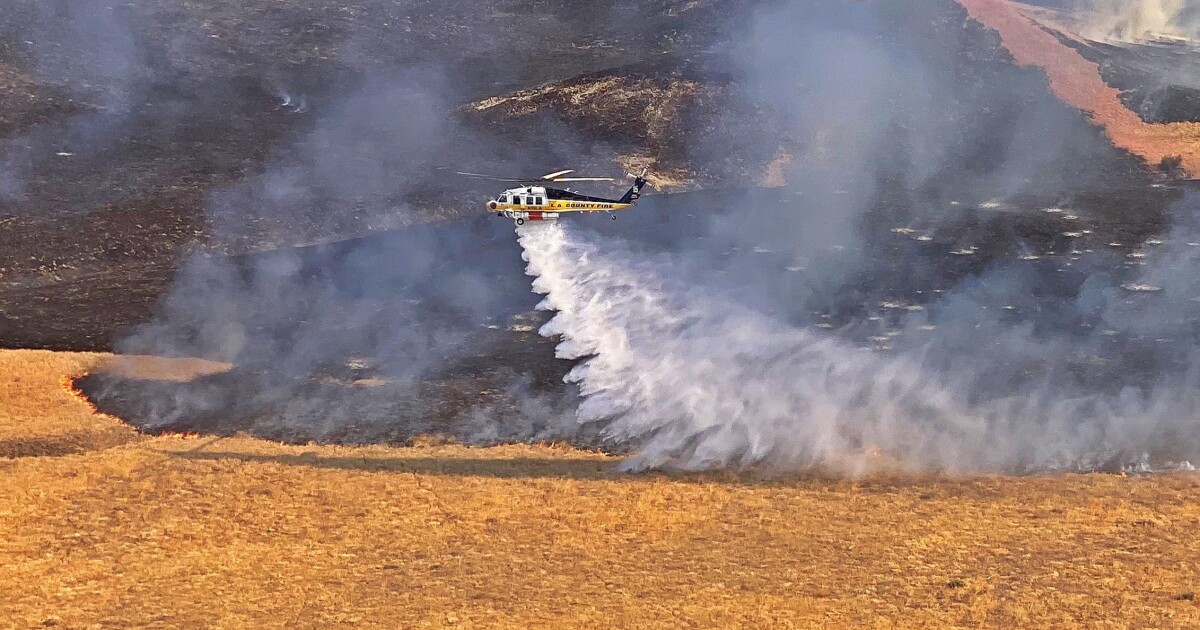 As of 7:20 p.m., the fire in Gorman had burned about 340 acres and was 30% contained, according to the Los Angeles County Fire Department. The fire’s forward progress had been halted, the department said.

Hours earlier, the fire department said the fire, near the area of 36000 Quill Lake Rd., did not pose an immediate threat to any structures.

Officials at the Hungry Valley State Vehicular Recreation Area, located in the Tejon Pass, evacuated and closed the park due to the fire.

The warm, dry and windy conditions fueled the rapid growth of the fire, the the National Weather Service said.

The cause of the fire is unknown.