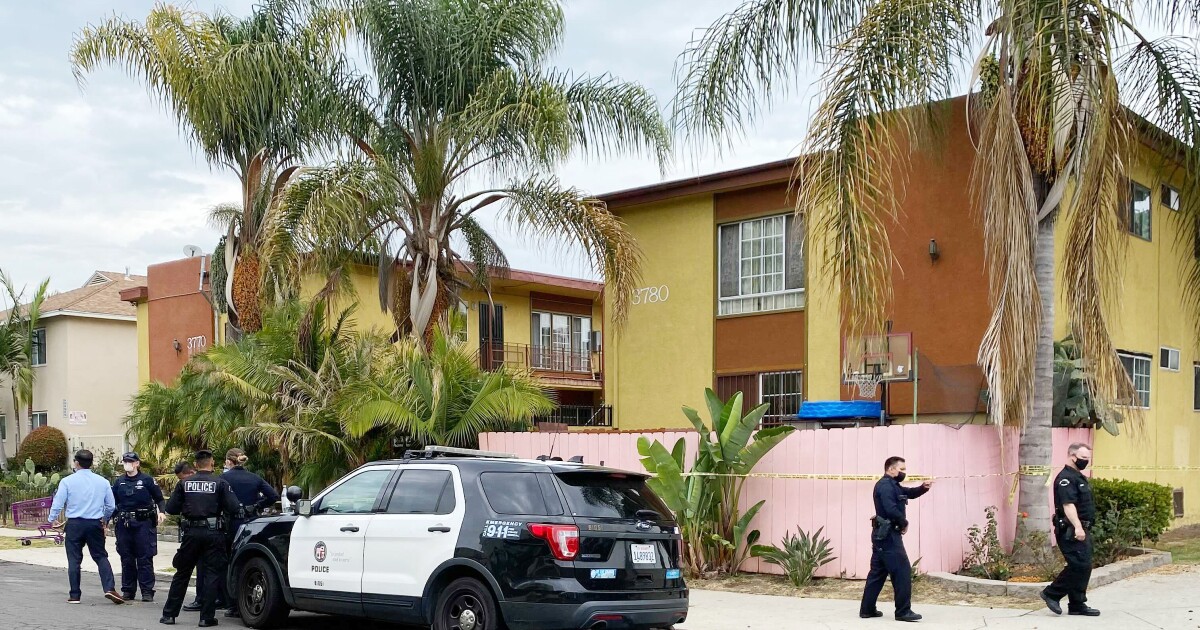 Officers were called to the 3700 block of Barry Avenue in the Sawtelle area about 5:55 a.m., at which time the shooting occurred, said Officer Lizeth Lomeli, an LAPD spokeswoman.

No officers were injured in the shooting, and no additional information was immediately available, authorities said.

The department’s Force Investigation Division will investigate the shooting and report its findings to police commanders and the civilian Police Commission, which is standard in all police shootings.

This is a developing story.