Remains of 17-year-old missing in 2018 Montecito mudslide have been found, mother says 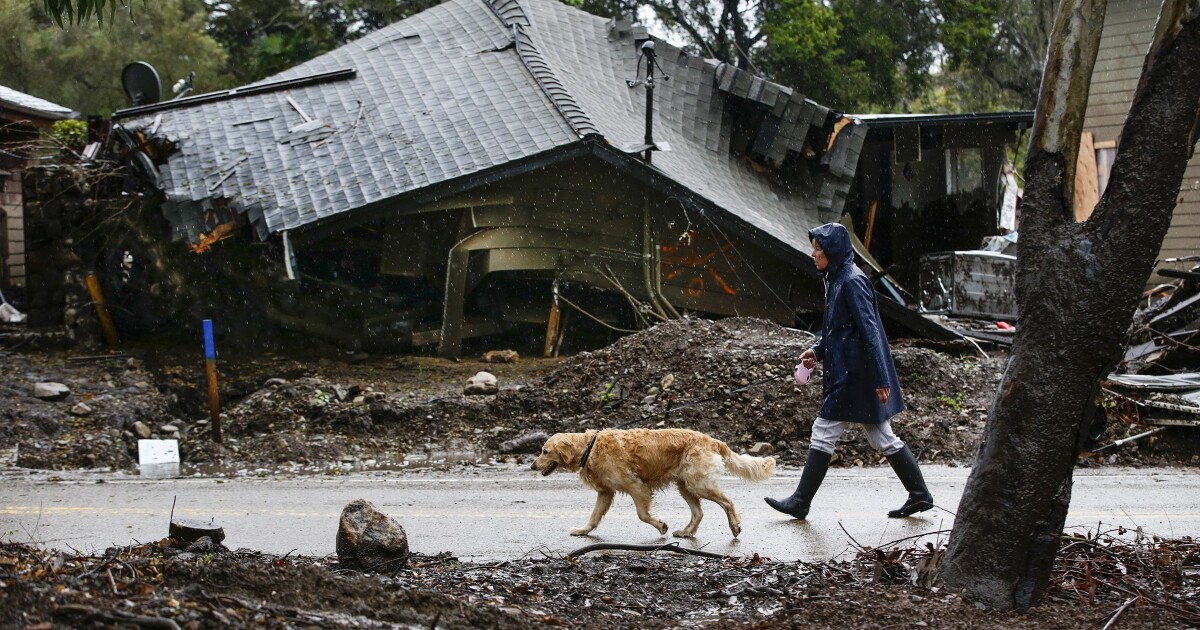 The remains of a 17-year-old who vanished when a mudslide engulfed Montecito in 2018 have been found, according to the boy’s mother.

The remains were recovered in May within 1,000 feet of where the family’s home once stood, his mother, Kim Cantin, told KYET-TV. A lab analysis confirmed the remains as Jack Cantin’s, she said.

The boy’s father, Dave Cantin, was killed and their family home destroyed when a debris flow devastated Montecito in 2018. Twenty-three people were killed when heavy rain swept mud, rocks and burned debris from an earlier wildfire downhill into the coastal community east of Santa Barbara.

Kim Cantin was badly injured in the disaster and hospitalized for three weeks; her daughter, 15 at the time, nearly suffocated in mud, The Times reported. Dave Cantin was found dead on the beach, but Jack Cantin’s body was never recovered.

“All my mama fibers in my body said he didn’t go to the ocean,” Kim Cantin told KYET-TV, “and I knew he didn’t.” She said the specific location where her son’s remains were found was “sacred ground” and wouldn’t be disclosed.

“In the meantime, the case of Jack Cantin’s disappearance remains open,” the Sheriff’s Office said. “We will continue to work closely with the Cantin family on this case, as we have since the day he disappeared.”

Nine months after the mudslides tore through Montecito, a Times reporter shadowed Kim Cantin as she searched for her son’s body. She had pushed authorities to bring in cadaver dogs, asked homeowners if she could search their properties and volunteered her DNA when a human torso washed ashore on a beach.

“I’ve had to put on my executive hat to deal with this, to get my objective, which is to find my son,” she said at the time. “Once I find him, I think I will crumble.”

A 2-year-old girl, Lydia Sutthithepa, also vanished in the debris flow; her remains have not been found.