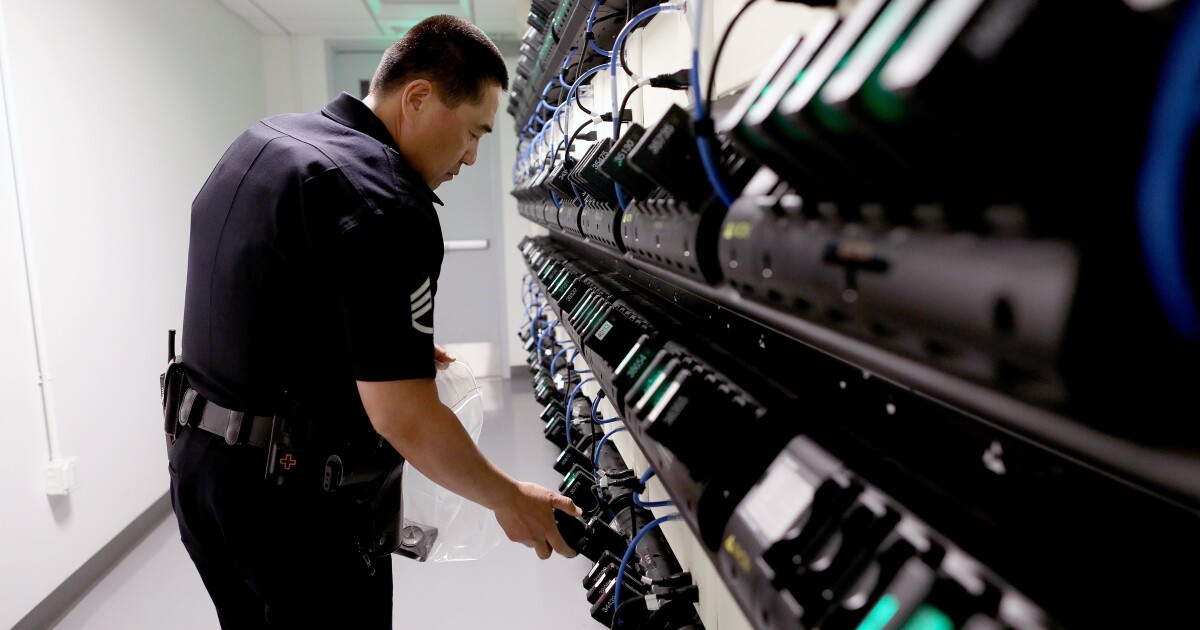 Nearly a fourth of Los Angeles police officers involved in incidents where serious force was used failed to activate their body cameras in a timely manner, according to a recent review of such cases by the department’s inspector general.

Inspector General Mark Smith’s office reviewed the actions of 262 officers who it considered to be substantially involved in 53 use of force cases that came before the civilian Police Commission between June 2020 and July 2021 — including 33 police shootings.

It found that 218 of those officers were equipped with body cameras and required to activate them, and that seven failed to do so entirely while another 41 did so in a delayed manner without justification.

Together, those 48 failures accounted for 22% of the officers whose actions were reviewed.

“We saw some compliance. We saw some gaps as well,” Smith told the civilian Police Commission during its meeting Tuesday.

Of the recordings that were made, 51 — or 24% — did not include a full two-minute buffer, which the inspector general’s office determined was the result, in all but one of the cases, of the officers not keeping their cameras powered on.

Keeping cameras powered on has been a requirement for officers in the field since 2018. Of the 51 cases reviewed, 33 of the officers were in the field and so were breaking policy by having their cameras off.

When powered on, the cameras constantly record a two-minute loop that is then saved when an officer activates his or her camera. The two-minute buffer helps officers capture footage of what occurred in the two minutes before they thought to activate their camera — which is often when force occurs in situations that develop quickly.

The inspector general’s review also found that, in the same 53 cases of serious force, nearly 14% of the involved officers who were equipped with digital in-car video cameras and were required to activate them did not do so.

The LAPD has ramped up inspections of body-camera compliance among officers involved in serious uses of force since last summer, the report found. Still, it recommended additional efforts to ensure officers are consistently activating their cameras, keeping them powered on in the field, and activating in-car video systems whenever appropriate, including during pedestrian stops.

The inspector general also recommended the department audit the effectiveness of its notices to officers about their obligations to record interactions with the public.

Police Commission President Eileen Decker asked LAPD Chief Michel Moore if the department agreed with the recommendations of the inspector general, and Moore said that it did.

He told the commission that the department takes the issue seriously and has gradually increased discipline for officers who do not comply with policies for the cameras, which were first launched in 2015.

Pasadena to require COVID vaccines for all city employees

The Pirate Bay Is Back – This Time With A Coin!