PG&E says its equipment may have sparked Dixie fire 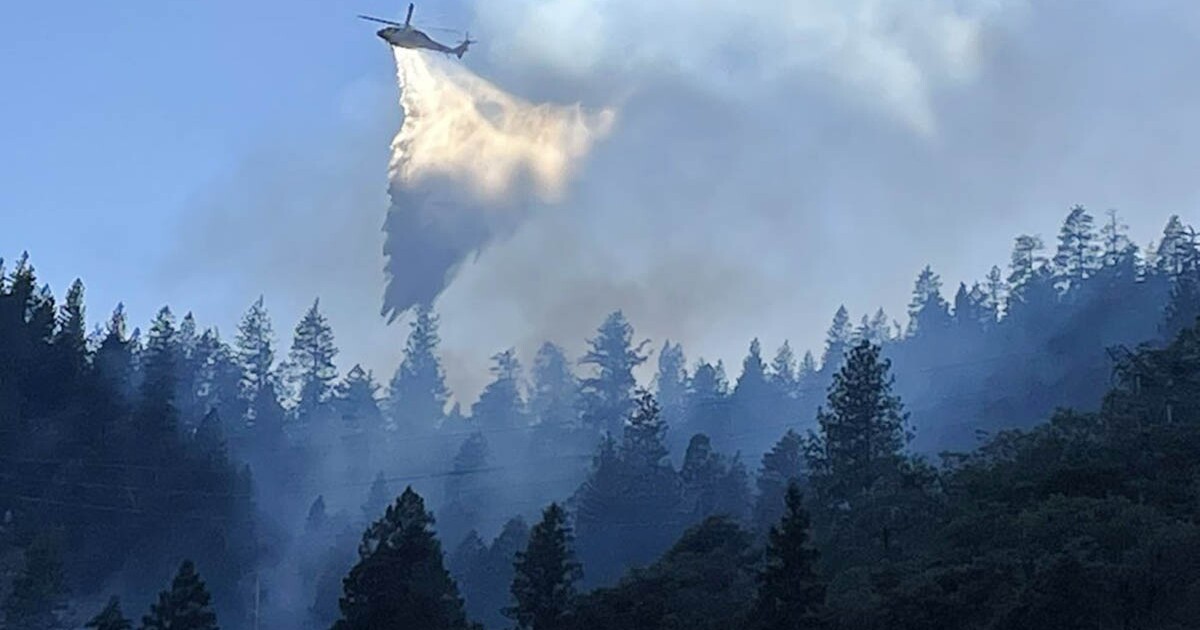 Utility equipment from Pacific Gas & Electric Co. may have sparked the Dixie fire, which has scorched more than 18,000 acres in Butte and Plumas counties over the past week, according to a report the utility company filed Sunday.

PG&E said in the report submitted to the California Public Utilities Commission that an employee responding to an outage Tuesday noticed a blown fuse at Cresta Dam in a heavily forested area of Butte County around the Feather River Canyon. The worker approached the pole about 4:40 p.m. and found two blown fuses and a tree leaning into a power lines conductor, “which was still intact and suspended on the poles,” the report said. “He also observed a fire on the ground near the base of the tree.”

The worker removed a third fuse that hadn’t blown, reported the fire, and his supervisor called 911, according to the document.

California Department of Forestry and Fire Protection officials quickly swarmed the area, dropping fire retardant and water. But by 8 a.m. Wednesday, the blaze had grown to 500 acres. Dangerous fire weather conditions followed, with gusty winds and low humidity, leading Cal Fire to issue a red flag warning. By Wednesday evening, the fire — by then dubbed the Dixie fire — had reached 2,200 acres and was 0% contained.

By Sunday night, the fire had ballooned to 18,702 acres and was 15% contained, according to Cal Fire.

“The information PG&E submitted is preliminary, and the company submitted this report in an abundance of caution given Cal Fire’s collection of PG&E facilities in connection with its investigation,” PG&E spokesman Matt Nauman said in a statement. “PG&E is cooperating with Cal Fire’s investigation.”

Evacuation orders are in place for Plumas County, the High Lakes and the Jonesville and Philbrook parts of Butte County, officials said.

Firefighters have been challenged in battling the Dixie fire, which is spreading in remote, hard-to-access areas with difficult terrain. It is also burning close to the scar of two other recent record-breaking fires in Butte County: the devastating Camp fire from 2018, which killed at least 85 people and wiped out much of the town of Paradise, and last year’s North Complex fire, among the deadliest in California history, killing at least 16 people and decimating the communities of Berry Creek and Feather Falls.

PG&E has come under increased scrutiny in recent years as its equipment was targeted as the source of several fires. A trust representing more than 80,000 wildfire victims sued nearly two dozen of the utility’s former executives and board members earlier this year, claiming their neglect led to several fires. To avoid sparking incidents, the company has ramped up power safety shut-offs during California’s fire season.

Coyote that charged at kids in San Francisco park is killed