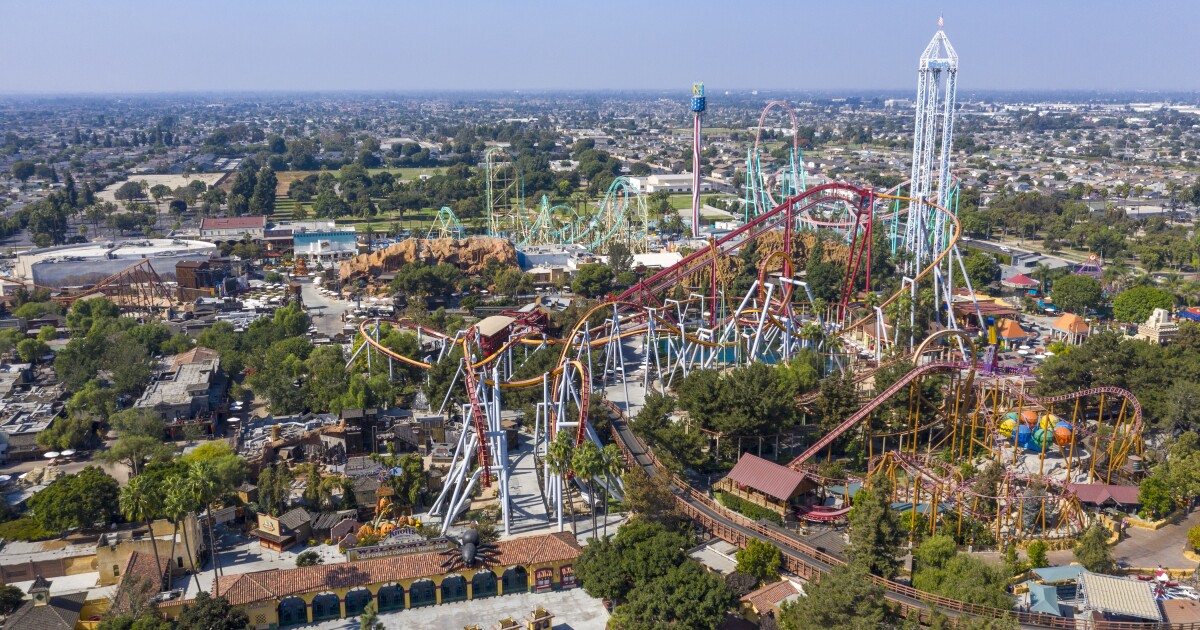 A shirtless man scaled a tower that stands over 300 feet at Knott’s Berry Farm on Saturday night, drawing police and emergency responders to the Orange County amusement park.

Staff at Knott’s Berry Farm first noticed a man had reached an “unauthorized area” at the park and had started to climb the Supreme Scream tower about 7:23 p.m., according to a statement from Diana Bahena, a spokeswoman for the park.

The Buena Park Police Department said it was called about 7:30 p.m. and began coaxing the man to come down from the tower. The Supreme Scream tower, which opened in 1998, plummets guests more than 250 feet in a “free fall” that is popular among parkgoers, but the overall structure tops out at 312 feet.

Bahena said that the man climbed back down just before 9 p.m. and was “safely on the ground in police custody.”

During the more than 90-minute incident, park staff and first responders cleared the perimeter around the area but did not close the park, which remained open Saturday evening, Bahena said.

Authorities closed La Palma Avenue between Beach Boulevard and Western Avenue. “Please stay out of the area while we work to bring this person down,” said Buena Park police on Twitter earlier in the night.