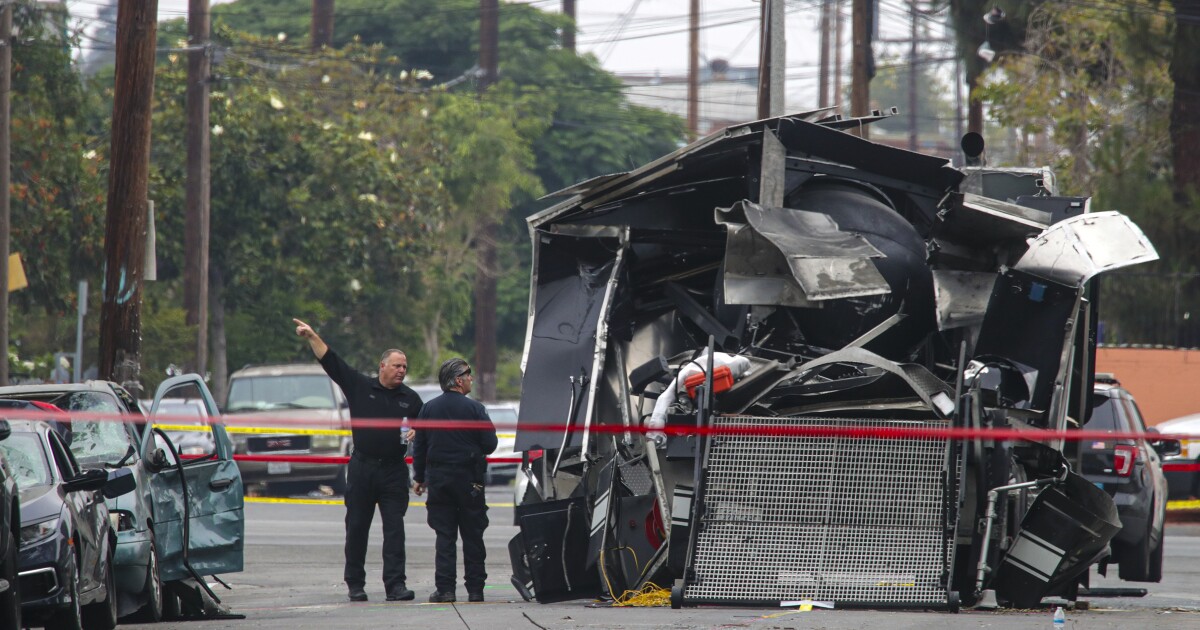 A second resource center will open Monday to assist the victims of a June 30 explosion in South Los Angeles, where police detonated a cache of illegal fireworks, casting debris across several blocks, damaging multiple structures and leaving more than a dozen people injured.

The 27th Street Incident Community Resource Center will open for business starting at 3 p.m. at 1006 E. 28th St., officials said. It will be housed in a YMCA with staff ready to assist victims who need to access mental health and wellness referrals as well as other urgent services.

“At times, you need help or guidance from city departments and there isn’t a live person answering your calls. This is our chance to make sure everyone has an opportunity to see someone in person,” said Dedee Verdin, spokeswoman for Los Angeles City Councilman Curren Price, who represents the area.

“The truth of the matter is the victims of this explosion do not have the luxury of waiting. People are hurting and they need help now,” Price told City News Service. “At this moment, we are left to pick up the pieces and we need to do whatever we can to help the people that are suffering.”

Initially, officials set up the Local Assistance Center at Trinity Recreation Center on July 4 to quickly respond to victims’ needs, but operations “have been streamlined and moved here to the YMCA,” Verdin added. “Last I heard, 120 claims have been filed and the focus now is to get to those who have yet to file any” claim involving personal or property damages. “When they go to the new location, there are reps for the city attorney, for the city clerk, all those people that residents can’t always reach.”

Additionally, members of the nonprofit All Peoples Community Center will be on hand to provide families with food and clothing.

Last month, the explosion on East 27th Street resulted in 17 neighbors and first responders going to the hospital, along with destroying an LAPD bomb squad truck. Victims who were forced to evacuate their homes have been given access to housing, to funds for basic needs and three meals daily.

Authorities are trying to determine what went wrong when a Los Angeles police bomb squad attempted to safely detonate explosive devices that had been seized from a South L.A. home, along with about 5,000 pounds of illegal fireworks.

What was meant to be a controlled detonation ultimately ended up blasting out windows, smashing parked cars and sending older residents and officers to emergency care.

On July 3, federal agents had identified and arrested Arturo Ceja III on suspicion of illegally transporting explosives, including homemade fireworks. In a statement, officials said the U.S. Bureau of Alcohol, Tobacco, Firearms and Explosives had determined that Ceja had about 32,000 pounds of fireworks in his backyard.

Prosecutors said Ceja purchased most of the explosives from a dealer in Nevada. An initial search of his residence led officials to the discovery of more than 140 other homemade fireworks, according to a court affidavit, plus explosives-making components, including hobby fuses that matched the fuse on a homemade mortar shell wrapped in tin foil at the home.

PG&E says its equipment may have sparked Dixie fire