Man charged with trying to enter federal facility with weapons 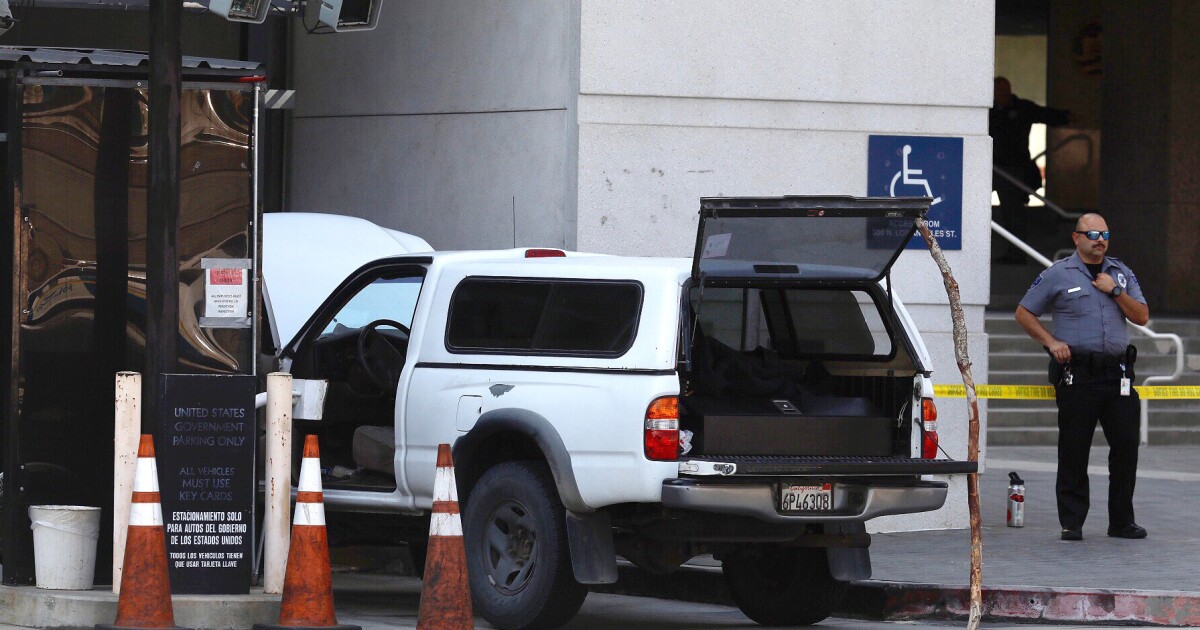 Prosecutors have filed a charge against a Riverside County man for allegedly attempting to enter the parking garage of a downtown L.A. federal building with firearms in his car.

Erik Christopher Younggren, 34, of Cherry Valley faces one misdemeanor charge of attempted possession of firearms and dangerous weapons in a federal facility, the U.S. attorney’s office for the Central District of California said Thursday.

Younggren is scheduled for an initial court appearance Friday afternoon. It was not immediately clear who was representing him.

An affidavit by Federal Protective Service Special Agent George Chapman states that about 9:30 a.m. Wednesday, Younggren drove to the entrance of the Edward R. Roybal Federal Building’s parking garage and told a security officer, “I need to get in.” He said that he was “a witness.”

The officer requested backup, and several officers detained Younggren on suspicion of attempting to bring weapons into a federal facility, according to Chapman. He said that Younggren was wearing body armor with knives attached and that officials found three guns and about 565 rounds of ammunition in his car.

In an interrogation Wednesday, Younggren told officials that he came to the federal building to “seek federal protection,” the affidavit says. It alleges that Younggren said he was a “confidential informant” assigned to a secret federal task force that he was reluctant to identify.

According to the affidavit, Younggren said federal agents had told him his life was in danger, so he decided to drive to the federal facility with the weapons. Younggren, the affidavit states, indicated he did not intend to enter the facility armed.

It was unclear whether “the facility” referred to the entire building or only the parking garage. A spokesperson for the U.S. attorney’s office could not immediately provide clarity but said that firearms are prohibited throughout the facility, which includes the parking lot.

Prosecutors said the charge carries a sentence of up to one year in federal prison.