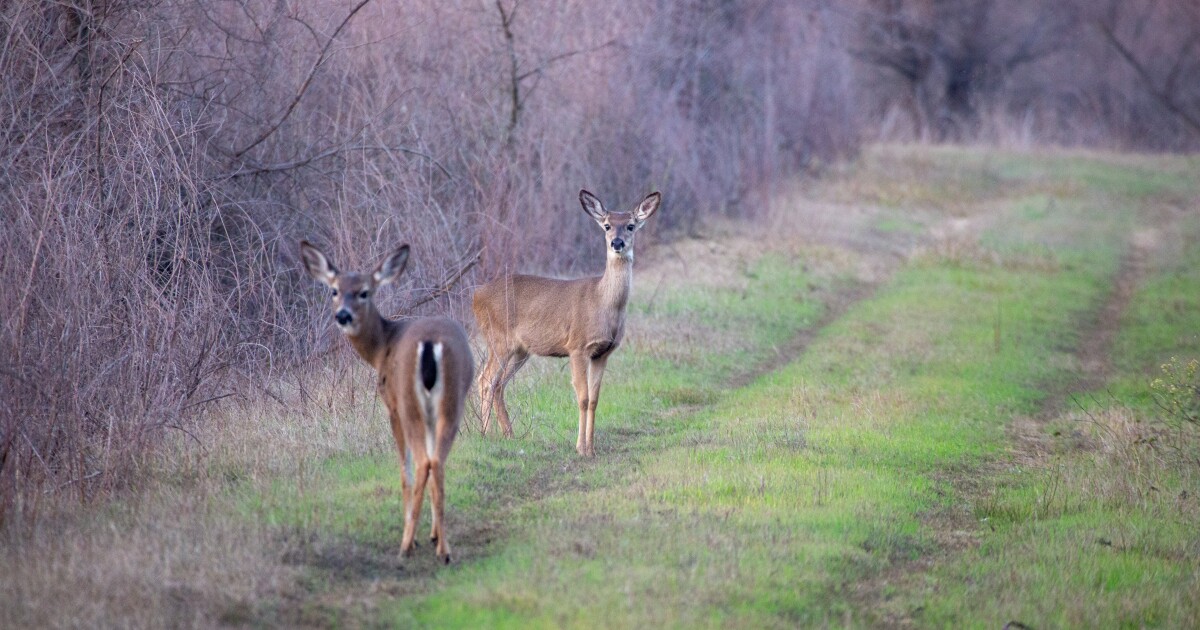 Fresh blood covered the tailgate of a pickup truck. Several pairs of antlers dangled from trees.

Game Warden Sean Pirtle sensed something was amiss. It was last October when a Yuba County tipster alerted the California Department of Fish and Wildlife officials to possible deer poaching.

Pirtle’s suspicions were later confirmed with DNA evidence, which led to the prosecution of Christopher Glenn Parks, 41, of Marysville, who authorities said illegally killed seven female deer and dumped their carcasses to avoid detection.

Parks was charged with seven misdemeanor counts of illegally poaching wildlife for “personal gain” — one for each poached doe. He pleaded no contest to one count earlier this month.

Under the plea agreement, he will be required to pay a $10,000 fine and was placed on one-year probation. During that year, Parks must forfeit his rifle and will not be allowed to hunt. Yuba County Deputy Dist. Atty. Akaash Nagra, who handled the plea negotiations, said he is also planning on filing a motion to require that Parks give up his rifle for good.

A public defender representing Parks did not return requests for comment.

With permits, California hunters are allowed to kill up to two deer, but typically they can only shoot bucks, or male deer. It’s almost always illegal to shoot does, or females, which keep the population thriving.

It was an “egregious” case given the number of deer lost, including their potential offspring, said Patrick Foy, a captain with the state Department of Fish and Wildlife’s law enforcement division.

State wildlife officers have wide latitude to approach hunters and inspect their kills, according to Andrew Naylor, a deputy district attorney with the Yuba County District Attorney’s Office.

So Pirtle knocked on the door of Parks’ Marysville residence, Naylor said.

There was a large amount of deer meat on the premises. Pirtle saw multiple hindquarters, Foy said, and he knew he was looking at more than one deer right off the bat. There were also several backstraps, or large chunks of meat typically cut off in one piece.

“One of the things that people tend to do when they poach is that they tend to preserve their evidence in the freezer for us,” Foy said.

Parks told the officer that he shot three does on another property under a special depredation permit that allows the hunting of animals that damage a home, devour crops or prove a nuisance in some way. He also said he killed one buck that was properly tagged.

It was later determined that no depredation permit was issued.

“Already right there it was kind of clear that there was something shady going on,” Naylor said.

Suspicions aroused, Pirtle pressed on with the investigation and recovered more deer parts from a nearby waterway. Samples of deer meat collected from Parks’ home and the dump site were sent out for DNA analysis at a lab in Sacramento.

When confronted with the evidence, Parks came clean. He admitted to killing all the deer and dumping their bodies in two locations to get rid of the evidence, said Nagra.

Two friends whom Parks gave deer meat to were named as co-defendants in the case, Naylor said. DNA analysis conducted on meat seized from their freezers matched it to Parks’ kills. The men were charged with one misdemeanor count and paid fines of several hundred dollars.