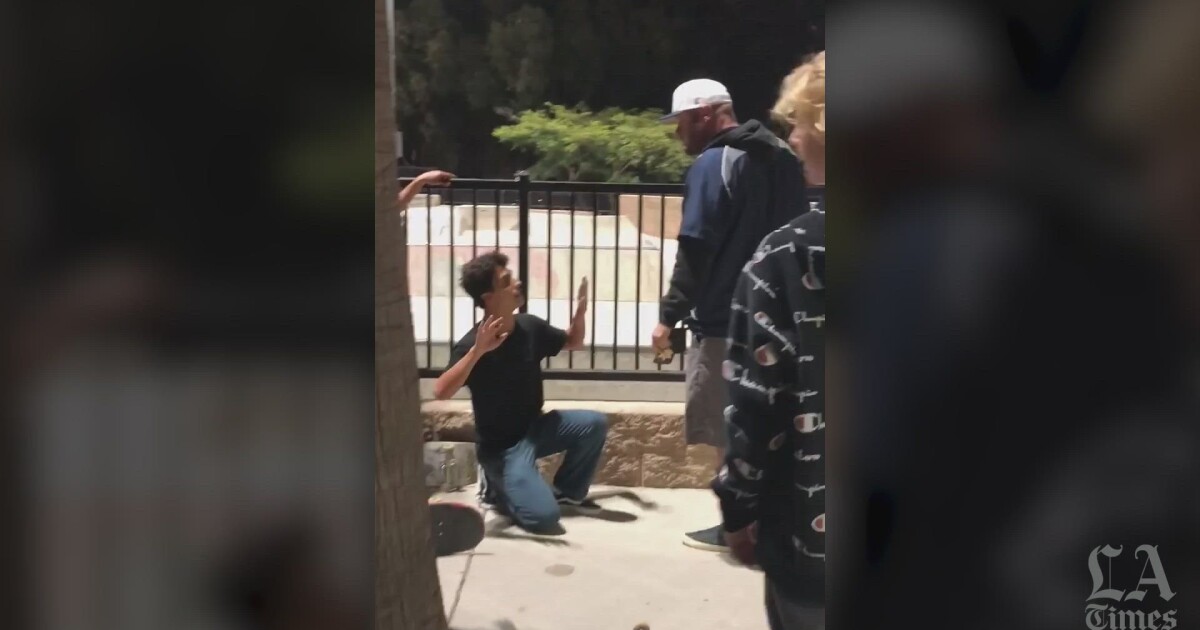 The Orange County Board of Supervisors on Tuesday approved a $195,000 settlement in a lawsuit filed by the son of a retired Orange County sheriff’s sergeant who said that an off-duty deputy pulled a gun on him in a skate park two years ago.

In the lawsuit, Max Chance III — the son of former Orange County sheriff’s Sgt. Max Chance Jr. — said he was listening to a band perform in October 2019 at Ralphs Skate Court in San Clemente with a friend when Deputy Michael Thalken confronted the gathering about the noise.

Thalken — described as “angry and possibly intoxicated” in court documents — had been at a nearby Little League field before accosting the group, according to the lawsuit.

When one teen in the crowd began mocking Thalken, the off-duty deputy confronted him, but Chance intervened, telling the other boy to take a step back, the lawsuit says.

At that point, Chance — then 16 — held up his skateboard “to defend against a potential assault,” court records state. Thalken tried to grab Chance’s wrist and while pointing a gun at the teen, said: “Get on your knees or I will shoot you in the f— face.”

Thalken told deputies who were called to the scene that the teens were the “aggressors” in the confrontation and said that Chance had swung his skateboard at him, court documents show. Both claims were later refuted by videos taken by bystanders, which show Chance kneeling before Thalken while the crowd yells at him to stop.

The lawsuit states that the elder Chance — who was Thalken’s supervisor before he retired from the Sheriff’s Department — called the off-duty deputy after the incident, and Thalken said the teen and his friends were “douchebags with a mob mentality.” Thalken also said he pulled his gun because the crowd was surrounding him and threatened him with a skateboard.

At the time, sheriff’s officials said they were taking the incident “seriously” and would “fully investigate.”

“Orange County Sheriff’s Department employees are expected to conduct themselves with professionalism on and off-duty,” officials said in a statement.

Thalken, who was not identified at the time, was placed on administrative leave during an investigation that spokesperson Carrie Braun said culminated with the Sheriff’s Department submitting a potential criminal case to the Orange County district attorney’s office. Prosecutors ultimately declined to file charges against the deputy, who was disciplined, although Braun would not say how. Braun could not confirm anything further about the incident or its aftermath because of a state law that prevents the release of details regarding discipline.

The settlement was approved with a 4-0 vote by the board, with Supervisor Katrina Foley abstaining because of a potential conflict of interest (her firm has accepted a referral from the plaintiff’s attorneys).

Eric Traut, who represents the teen, said the Chance family was happy to put the incident behind them.

“The family is pleased that this chapter in their son’s life has come to an end and that some justice was served,” he said.