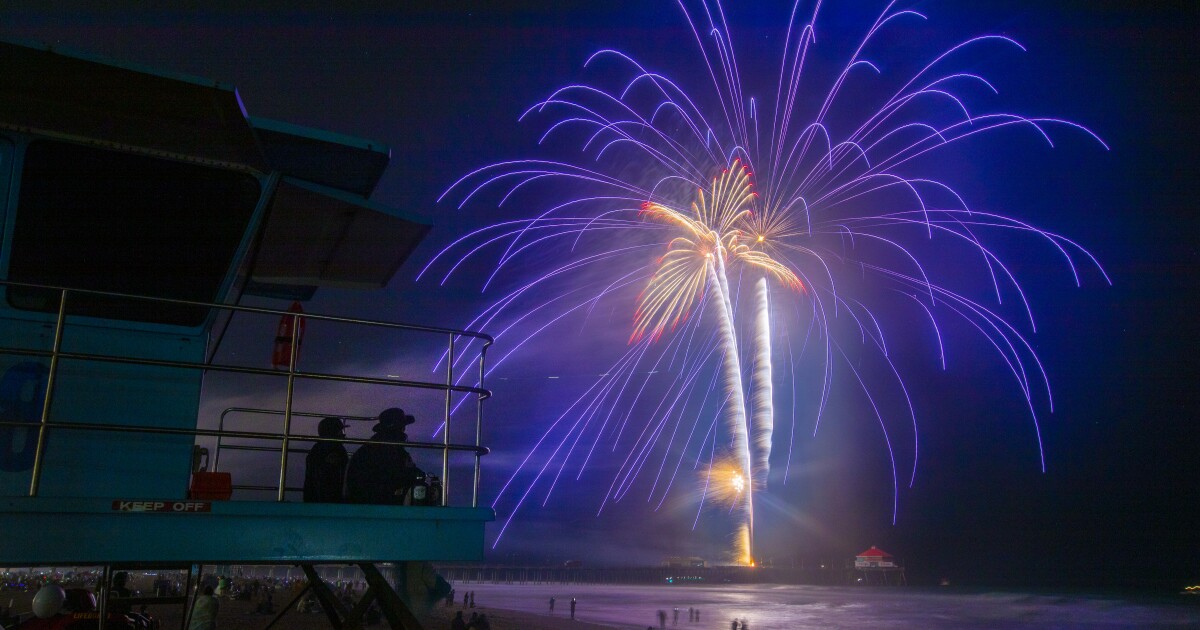 This year’s Fourth of July fireworks created the second-highest air pollution levels from the holiday in the last decade and were the highest since the Bobcat wildfire in September, the South Coast Air Quality Management District said Tuesday.

The agency said that although last week’s fireworks-related air pollution was lower than last Fourth of July, the air pollution levels have been especially high in recent years.

According to the agency, which monitors air pollution in Los Angeles, Orange, San Bernardino and Riverside counties, the average levels of fine-particle pollution, known as PM2.5, on this Independence Day and July 5 were 14% lower than during last year’s celebrations.

Levels of air pollution from the holiday this year were about 50% higher than the 10-year average from 2010 to 2019. Monitors in the valleys and inland regions over this year’s Independence Day detected unhealthy and hazardous levels of air pollution, with the highest concentration of pollutants in Ontario, the agency said.

Officials blamed the poor air quality on both personal and commercial fireworks.

The massive displays of pyrotechnics each Independence Day have long brought some of the worst air quality of the year, and not just in the Southland. A 2015 national study on the effects of the holiday’s fireworks found that average concentrations of fine-particle pollution for a 24-hour period beginning at 8 p.m. on July 4 were 42% higher than on the two days before and after that window.