Record-setting California heat wave: How long will it last? 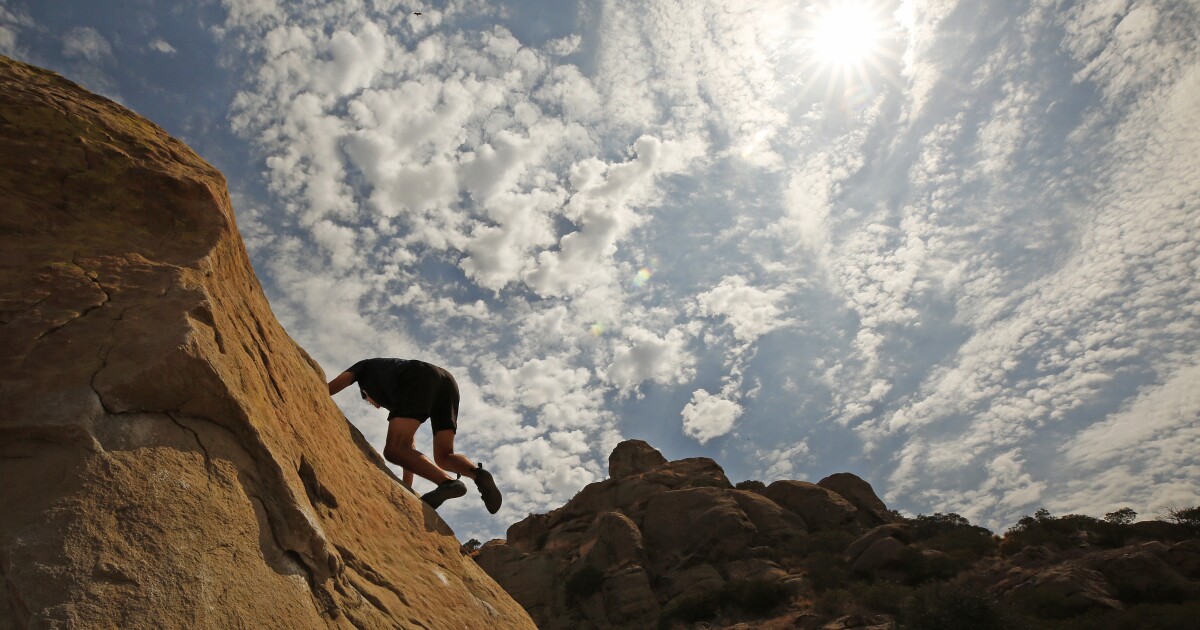 After a Saturday of blistering heat, California can expect more of the same Sunday and into the week.

Temperatures will hit the triple digits across inland Southern California as well as many desert areas and the Central Valley. Southland mountain areas could hit 100. The coast will remain cooler, with temperatures in the 70s and low 80s.

Palm Springs and Borrego, which reached 120 and 118 degrees respectively, both broke records Saturday. Palmdale Regional Airport hit a new high for the day at 112 degrees and the Lancaster Airport tied its record of 113 degrees, according to the National Weather Service.

In Central California, the Paso Robles Airport tied its previous 1961 record of 114 by 3 p.m., officials said.

The weather service recommends people avoid doing strenuous activities outside and stay inside with air conditioning as much as possible. Drink plenty of water and wear lightweight clothing outside.

Officials warn that pets and small children should never be left unattended in vehicles, and residents should regularly check on neighbors and older people who may not have air conditioning.

Because of the evening flex alert, the grid operator recommends precooling the home by lowering the thermostat earlier in the day, closing window coverings against the sun during the day and taking advantage of solar powering appliances.

The county also offers several cooling centers, which can be found at lacounty.gov/heat.

To stay cool in the coming days, officials recommend the following:

Among other tips from the National Weather Service:

Coronavirus cases climb again in L.A. County, mostly in those under 50