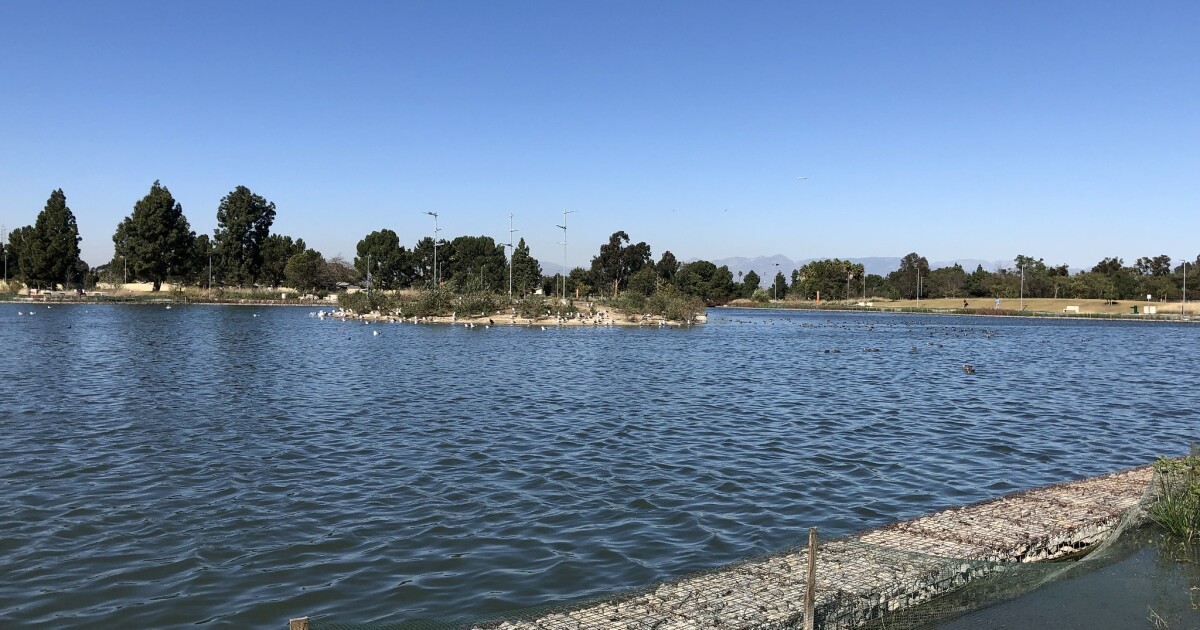 A man drowned Thursday in a lake at Magic Johnson Park in Willowbrook.

Officials received a call about a drowning at 5:18 p.m., according to Los Angeles County Fire Department spokesperson Imy McBride.

McBride said the man had been sitting in the park with his girlfriend and that someone saw him go into the water.

The man was seen struggling for help about 40 yards from the shore, the department said on Twitter. He was recovered from the bottom of the lake at 7:08 p.m. and pronounced dead at the scene.

A heat wave is bearing down on Southern California, with temperatures in the L.A. Basin expected to reach the 80s and low 90s. Inland temperatures are forecast to hit closer to 100. Drownings often occur statewide when people flock to waterways during high heat.

“We would like to remind members of the public to swim only in designated areas with a lifeguard on duty,” officials said.