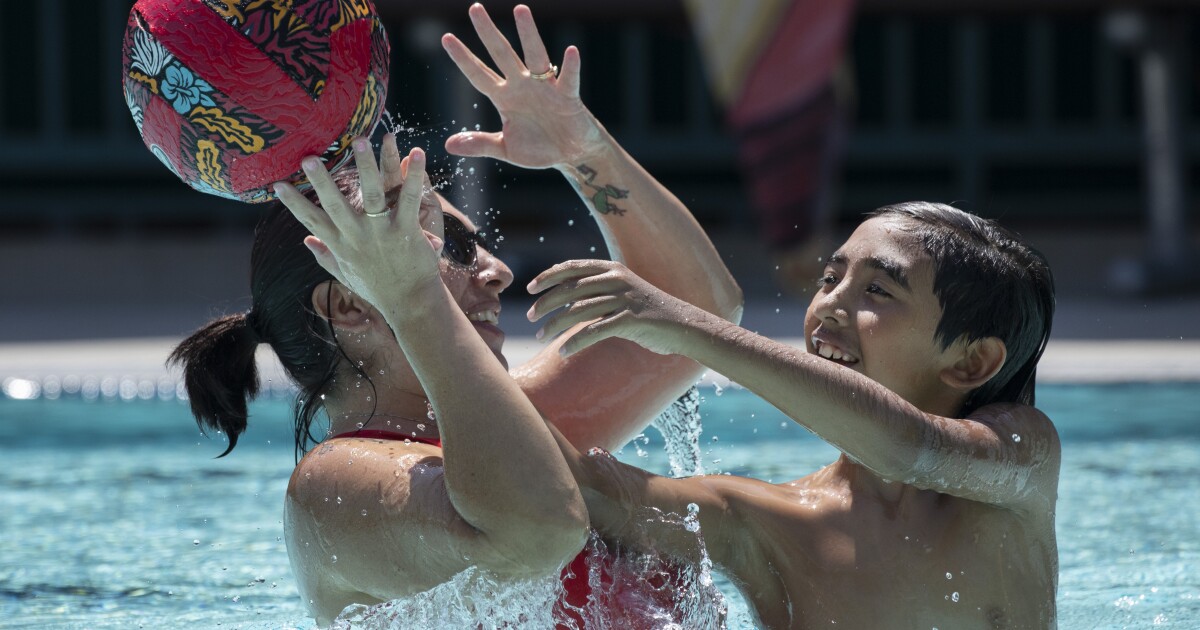 A heat wave is bearing down on California over the next few days, and forecasters warn it will bring dangerous conditions.

The high-pressure system will keep the coastal areas mild but bring blazing temperatures inland and to the desert areas.

Here is what you need to know:

The heat wave is ramping up Thursday and will continue across the inland areas into next week, bringing triple-digit temperatures to many parts of the region.

The Apple and Lucerne valleys are preparing for temperatures that could climb as high as 120 degrees by the weekend — potentially the hottest of the year so far.

The extreme heat could reduce relative humidity levels to as low as 10%.

Southern California: Coastal areas will get a break, with temperatures for the most part staying below 80 degrees. But the heat in the L.A. Basin will push into the 80s and low 90s, and closer to 100 degrees inland. It will be even hotter in desert areas. Temperatures could reach 100 to 112 degrees in the Antelope Valley and the interior of San Luis Obispo County.

Central Valley: Extreme heat is on tap, with temperatures expected above 110 degrees by Friday and through the weekend for many communities.

High temperatures and bone-dry vegetation amid a year of little rain will bring heightened fire danger.

“Vegetation is very dry on the hillsides because we’ve had two very dry years in a row,” said meteorologist David Sweet with the National Weather Service in Oxnard, “and we’re also looking at 111 degrees. Any time you have hot temperatures, that’s also a contributing factor.”

Firefighters have been battling fires big and small all week, the worst of which are in Northern California.

“When we get into the hottest period of the year in the summer, really high temperatures can definitely drive up the fire danger,” said Bruno Rodriguez, a meteorologist with the National Weather Service in San Diego. “What they can do is basically make the atmosphere more unstable.”

To stay cool in the coming days, officials recommend the following:

Among other tips from the National Weather Service:

What to know about California's drought states of emergency