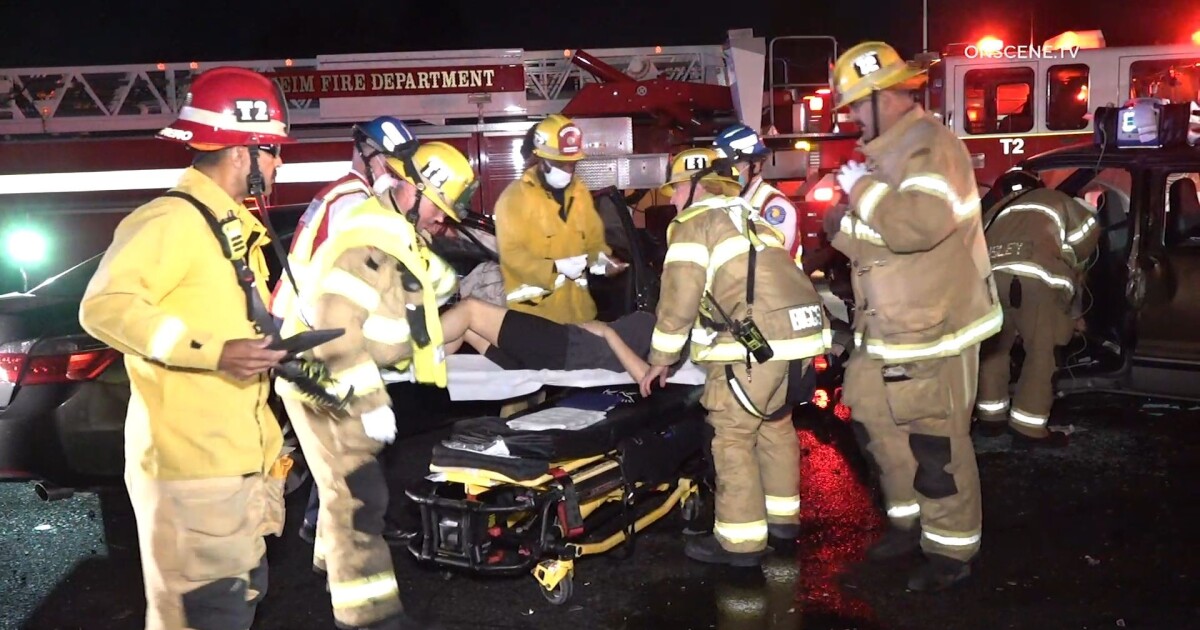 One person died and two others were injured in a wrong-way crash early Thursday morning on the 91 Freeway in Anaheim.

The California Highway Patrol received calls about the crash, west of Harbor Boulevard, at around 1:16 a.m.

Witnesses said a 2000 Dodge pickup truck had entered the freeway going westbound in the eastbound lanes before crashing head-on into a 2015 Honda Civic, according to the CHP.

Both the driver and passenger of the Honda Civic — William Yousef Hattar, 23, and Kara Trisha Giacone, 18 — sustained major injuries and were taken to UC Irvine Medical Center.

The 22-year-old woman driving the wrong-way pickup truck was pronounced dead at the scene. She has not been identified by authorities.

Video from OnScene.TV showed Anaheim firefighters using electric tools to pry open the driver’s side of the pickup truck. Other firefighters attended to a patient lying on the ground.

A third vehicle, a 2019 Mercedes-Benz sedan, was also stopped at the scene and appeared to be damaged, but its role in the crash is not yet known, CHP Officer Mitch Smith said.

The two people in the Mercedes were not injured, but the passenger was arrested for reasons unrelated to the crash.