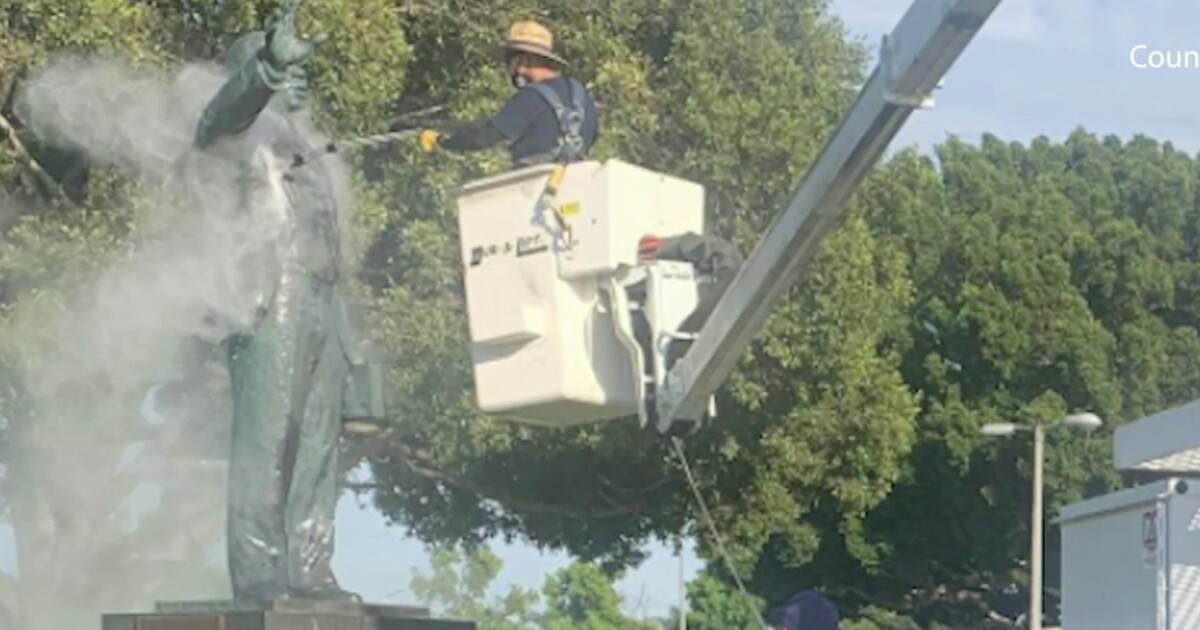 Long Beach police are investigating as a hate crime the vandalism of a statue of the Rev. Martin Luther King Jr., which was defaced by spray-painted graffiti, a police representative said Monday.

Allison Gallagher, a spokeswoman for the Long Beach Police Department, said the graffiti was not being described because of the ongoing investigation, but a photo on social media showed a black swastika spray-painted on the front of the statue. No information about any suspect is available, she said.

Police responded to a report of vandalism Friday about 3:15 p.m. at the park, which is named after the civil rights icon and is at 1950 Lemon Ave. A city cleaning crew removed the graffiti that day.

The local AOC7 Neighborhood Group organized a “Stand for Peace Rally” on Saturday, attended by a multiracial group of community members, including Assistant Police Chief Wally Hebeish and Cmdr. Ty Burford. One participant held a sign reading, “No Room For Hate in Long Beach.”

Long Beach Mayor Robert Garcia on Monday tweeted his dismay over the “horrific graffiti” and said police were working to apprehend those responsible.

“Our MLK statue is a symbol of hope and justice for the community,” he tweeted. “This hate and desecration has no place in our city.”

In February, the city replaced a plaque at the base of the statue that had been stolen in 2019 and bears King’s words, “We must use time creatively … and forever realize that the time is always ripe to do right.”

The statue was installed at the park in 1986.