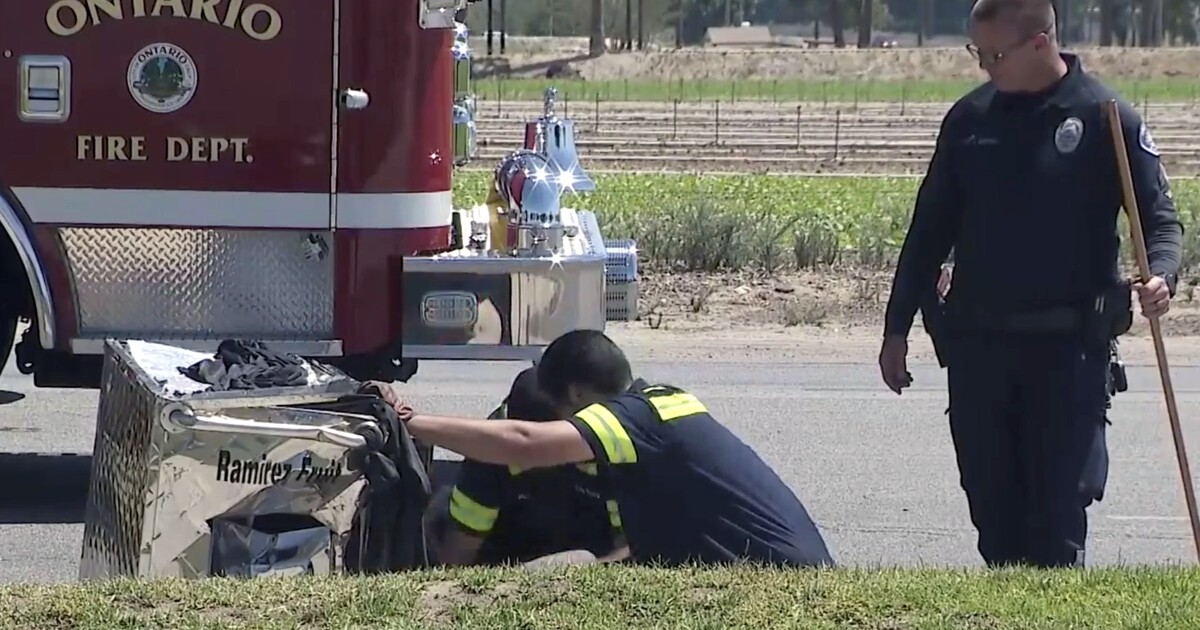 One fruit vendor was killed and another was hospitalized after being struck while crossing the street Monday in Ontario by a woman police say was driving under the influence.

The two vendors, who were not identified by police, were walking north with their push cart across Riverside Drive, east of Euclid Avenue, at 11:13 a.m. when a driver careened into their path, officials from the Ontario Police Department said.

One of the pedestrians was pronounced dead at the scene, and the other was transported to a hospital in critical condition, according to a news release.

The driver, 43-year-old Jessica Dewet of Chino, was taken to a local hospital with minor injuries after the crash, police said. She was arrested on suspicion of felony DUI and gross vehicular manslaughter.

A GoFundMe account identified the man who was killed as Héctor Eduardo Rabinal. The online fundraiser launched by Ontario Fruit in Maywood asks for money to assist Rabinal’s family with funeral expenses.

A man who said he was the brother of Rabinal told KTLA-TV Channel 5 that the vendor was originally from Guatemala and had been selling fruit in Ontario for about a year.

Carlos Rabinal said his brother leaves behind a wife and two daughters. He told KTLA that the two men who were struck were cousins, and he identified the one who survived as Ariel Tacubal Rabinal.