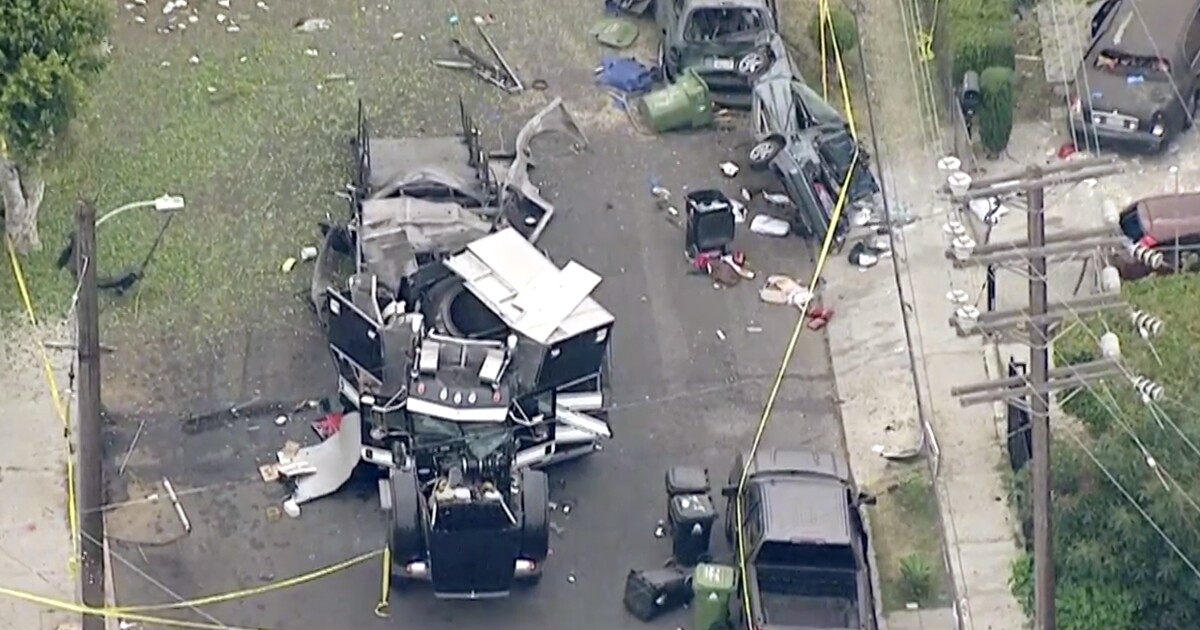 Officials are working to shrink the perimeter of their investigation into Wednesday night’s massive explosion in South Los Angeles so that residents can return to their homes.

At a press conference, agent Michael Hoffman of the U.S. Bureau of Alcohol, Tobacco, Firearms and Explosives said that an ATF national response team consisting of two experts had arrived at the scene Friday.

They have begun to map the area of the blast that occurred when an LAPD bomb squad attempted to safely detonate explosive devices that had been seized from a South L.A. home along with about 5,000 pounds of illegal fireworks. Seventeen people were injured.

Hoffman said officials have recovered the 500-pound lid of the semi-truck that had been carrying the explosives. It had been blown three to four blocks away into a yard.

Officials are gathering evidence from neighboring streets and will be allowing residents to retrieve their cars and items from their homes, Hoffman said.

“We do not have a timeline as to how long this is going to take,” he said. “It takes a long time to do a scene like this methodically and exactly. We’re going to be working throughout the weekend, through the holiday and into early next week.”

LAPD Cmdr. Ruby Flores invited families who need to collect their cars to speak with officers at San Pedro St. and 27th St.

Marilyn Jiménez Dávila, a spokesperson for the American Red Cross, said the agency has helped 66 people with housing, food or mental health services. A shelter for residents is open at the Fred Roberts Recreation Center at 4700 Honduras Street.

She could not immediately provide the number of people that had stayed overnight in the shelter.