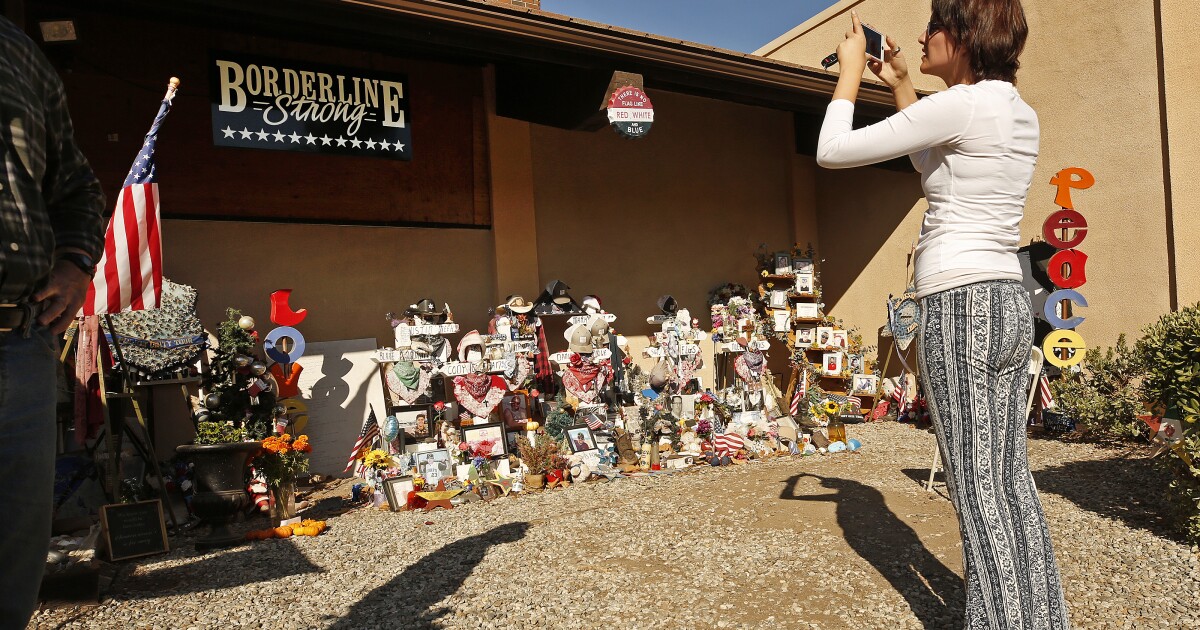 When Ian David Long opened fire inside the Borderline Bar and Grill nearly three years ago, he was seething with resentment against college-age people who he believed hated and belittled him for his military service in Afghanistan, according to a recently released report that provides the clearest picture yet of the possible motive behind Long’s mass shooting inside the club in Thousand Oaks.

The night the U.S. Marine veteran walked into the venue on Nov. 7, 2018, was “Country College Night,” and it probably was not a coincidence that he chose that event to open fire indiscriminately with hundreds of people inside, the 434-page report from the Ventura County Sheriff’s Office concluded. It was based on interviews with dozens of witnesses, officers and deputies as well as family, friends and acquaintances of Long.

Authorities believe Long’s likely motive was disdain and disgust for civilians, particularly college students. His anger was fueled by his perception that he been slighted and belittled as a student at Cal State Northridge because of his service in the Marine Corps.

“Though we cannot say with absolute certainty that this was the suspect’s motive based on the information obtained and absent any further intelligence, this is the working theory that has been established,” said the report released Wednesday, which included the work of Ventura County sheriff’s detectives and FBI analysts.

Long opened fire on patrons at the crowded bar at 11:18 p.m. below the Borderline trademark giant cowboy and disco ball saddle. The 28-year-old, suspected of having post-traumatic stress disorder, fired 61 rounds, killing 11 people and shooting sheriff’s Sgt. Ron Helus, one of the first officers on the scene, multiple times before fatally shooting himself. A California Highway Patrol officer would fatally shoot Helus after being caught in the crossfire. Some 128 people suffered injuries as they fled the bloody scene, and 29 were hospitalized.

The interviews in the report paint a portrait of Long as an “alpha” male with a love of pot-smoking and Dodger games who struggled with depression after his experience as a Marine Corps gunner. He couldn’t eat spaghetti and lasagna because it reminded him of dead bodies, and his PTSD episodes deepened in the weeks before the shooting.

Investigators say they cannot be entirely sure about Long’s motive, but they said he had encounters with students that troubled him. When Long attended Cal State Northridge, other students disrespected his service overseas. Some told him that “anyone who joined the military deserved to be shot and killed overseas,” friends and associates told detectives. That only fueled his sense of separation from most students.

Long referred to them as “ignorant” and said he felt that they were “entitled, liberal civilians” who had no understanding of what he experienced as a gunner in Afghanistan, the report said.

“It is believed these types of negative encounters only triggered his anger toward civilians and individuals who, in his mind, simply had no grasp or appreciation for what war veterans have done for the United States,” the report said. “He began referring to them as ‘college-civilians,’ and said they should be ‘wiped off the map,’” an unidentified interviewee told detectives.

Long posted messages before he shot himself. The last one said, “It is too bad I won’t get to see all the illogical and pathetic reasons people will put in my mouth as to why I did it.” He added, “Life is boring, so why not?” He left no manifesto but just a note that said, “No funeral.”

An array of security cameras caught the deadly scene, showing Long calmly approaching the bar wearing a dark-colored long-sleeve jacket and dark baseball cap. The minute he crosses the threshold, he begins firing his. 45-caliber Glock into the crowded room using a two-hand grip, the cameras showed.

Chunks of what the cameras captured next are redacted. But as Long shoots his way through the building, he drops a smoke grenade and holes up in a front office where cameras show him reloading with one of his seven large illegal magazines. From the office he can see a large-screen television that displays the array of security camera images, allowing him to watch as Helus comes up the steps into the club carrying a rifle. One of the last images of Helus alive is included in the report as he stands with his weapon pointed and a flashlight in hand seconds before Long ambushes him.

How long the military veteran had been considering the attack remains unclear. He purchased weapons and smoke grenades in 2016. But investigators say they do not know whether he originally considered an attack in 2016 and 2017. Long did, however, appear four or five times at the bar, wich sits in the shadow of the 101 Freeway. Between December 2017 and November 2018, he demonstrated a propensity for visiting websites featuring murder, mass killings and suicide, the report noted

An 86-page after-action report commissioned by the Ventura County Sheriff‘s Office released in May noted flaws in interagency communications and the tactical approach to the 2018 attack. It also reported considerable delays in rescuing Helus, who was shot five times by Long but died from “friendly fire” from CHP Officer Todd Barrett who traded gunfire with Long. Sheriff’s deputies did not hear the initial call for help because they were on a different radio frequency. It was an additional 20 minutes before deputies could rescue Helus.