After Florida collapse, Marina del Rey condos found to be safe but in need of repair 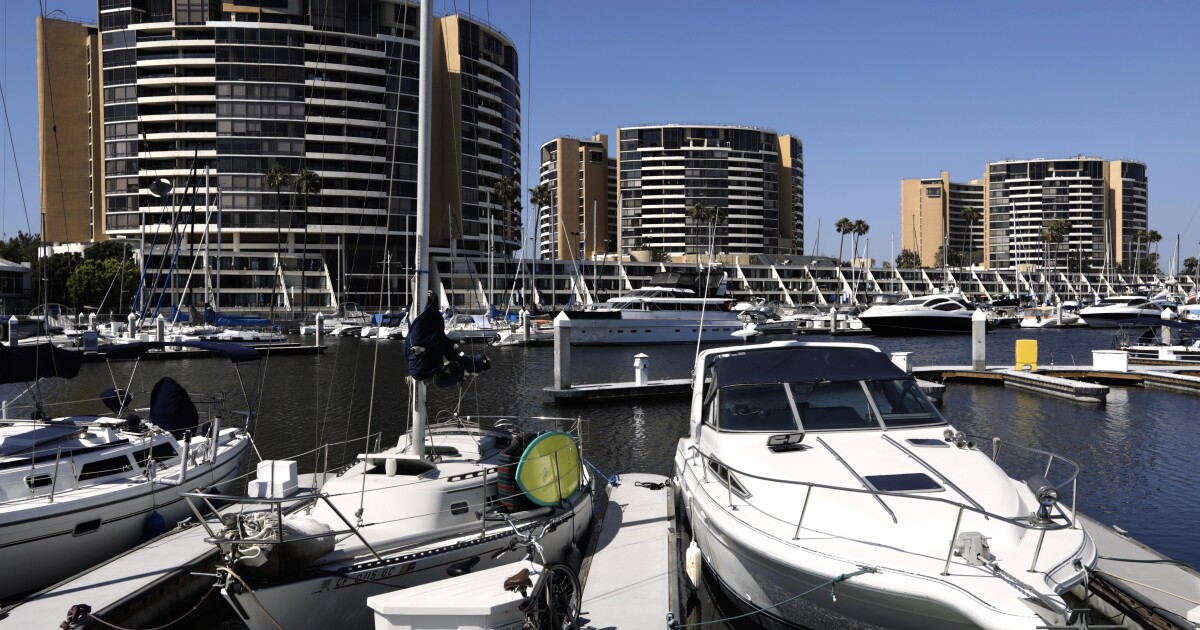 With images of a high-rise condominium collapse in Florida constantly on their televisions, some residents of three condominium towers in Marina del Rey wondered if they could be in similar danger.

A history of disputes over long-deferred maintenance raised the possibility that the 600-unit Marina City Club could be subject to the same corrosive influences — water and sea air — that may have contributed to the failure of the Champlain Towers South condominiums in Surfside, Fla.

By day’s end Wednesday, the anxiety was put to rest. After poring over the three buildings, a team of Los Angeles County inspectors concluded that the spalled concrete, leaking decks and corroded pipes posed no immediate threat of a catastrophic collapse.

The inspection found several areas where maintenance was needed, Pestrella said. The property owner will be required to retain a structural engineer to develop a comprehensive plan for repairs, Pestrella said.

“I am relieved that at the end of the day, this is their report; they found no safety problems,” said Supervisor Janice Hahn, who dispatched the inspectors following a KCBS-TV Channel 2 news report suggesting that county officials were threatening to red-tag the buildings, a decision that would have required all their residents to leave.

In an interview Wednesday evening, Hahn said she had been anxious herself over the Florida disaster.

“The Florida incident was a wake-up call for everybody,” Hahn said. “That’s the first thing I thought about when I saw Florida. Could that happen in L.A. County? It could, but it’s not going to happen here,” at the Marina City Club.

Carol Baker, the community and marketing services division chief with the county Department of Beaches and Harbors, said the department has had concerns for years about maintenance issues in the condominium complex, which is on land leased from the county.

In a Dec. 7, 2020, letter, the Department of Beaches and Harbors requested to meet with the owner, Essex Property Trust, to discuss necessary repairs.

“As Essex is aware, the MCC is deteriorating and is in disrepair,” the letter said.

“Many of these repairs are necessary to ensure the health and safety of residents, as well as to ensure that the property remains habitable,” the letter reads.

These “deferred maintenance issues” included problems with plumbing and electricity, as well as roof leaks and exposed seals, Baker said.

These are “things that can be quite serious and even potentially structural,” she said.

Part of the problem is that the condominium’s maintenance fund, which draws from the Condominium Owners Assn.’s fees, has been “grossly underfunded,” Baker said.

The owners association members “are reluctant to assess increases on themselves,” Baker said.

“The relationship between Essex and the Condo Owners Assn. is fraught,” she added. “They’ve been in arbitration; they’ve had disputes about this.”

Essex is demanding that the condo owners increase their contributions to the maintenance fund, Baker said.

The collapse of the Champlain Towers South gave impetus to the Beaches and Harbors Department’s worries about the safety of the Marina City Club, Baker said.

After the Florida collapse, the department demanded that Essex conduct an engineering study to analyze the structure of the buildings. The company has agreed to perform the analysis, Baker said.

A 2018 report from Bergeman Group described the condominium complex as an “aging property” experiencing multiple issues with leaking in the roofing, windows and pipes.

“These roughly 45-year-old components are failing due to age,” the report said.

The property is “in need of significant repairs as many of the building elements, systems, and amenities are in poor condition. A substantial investment in the property is required to bring the major building systems and components back to satisfactory levels,” the report found, estimating that the cost for repairs would be $80 million to $140 million.

Several condominium owners interviewed on the property Wednesday said they have had long-term concerns about maintenance but did not see those as safety issues.

“I’m happy Janice Hahn brought people here today so we can clear up whether there is a problem,” said Robin Thayer, a 20-year resident. “The rumors are flying.”

Others attributed the scare to two disgruntled residents.

“I am not scared,” said a man who declined to give his name. “It was just two idiots who want to get on TV.”

Virtual restaurants and the ghost of California burritos past