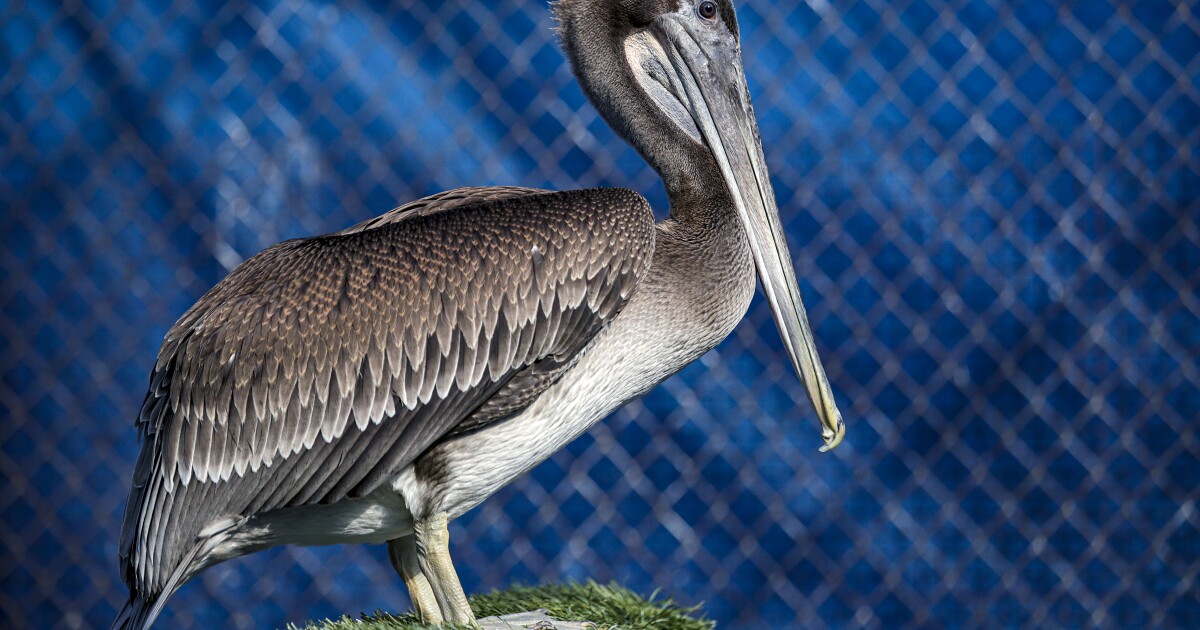 The Animal Legal Defense Fund announced Wednesday a reward of $5,000 for information in the case of brown pelicans that have been found in Orange County with severe wing fractures.

Since October, the Wetlands and Wildlife Care Center in Huntington Beach has received 32 pelicans with wing injuries, and of those, 22 had fractures that broke the skin.

None of the 22 have survived. In many cases, the wing had been twisted around the fracture, causing tears around blood vessels and nerves.

California’s Department of Fish and Wildlife has opened an investigation into both the pelicans with wing fractures and reports of brown pelicans that have been found near marinas with straight slashes across their pouches.

Capt. Patrick Foy of the agency’s law enforcement division said this week that the several tips that have come in have not significantly forwarded the investigation.

Staff at the wildlife hospital suspect that a person might be intentionally harming the birds. Elizabeth Wood, a veterinarian there, has called the high number of similar fractures is unusual and said the fractured bone, called the humerus, takes “significant force to break.”

“It’s extremely worrisome that these pelicans have been the victims of a nine-month onslaught with no end in sight,” Animal Legal Defense Fund Executive Director Stephen Wells said in a statement. “We’re hopeful that the local community will come forward with information to prevent further harm.”