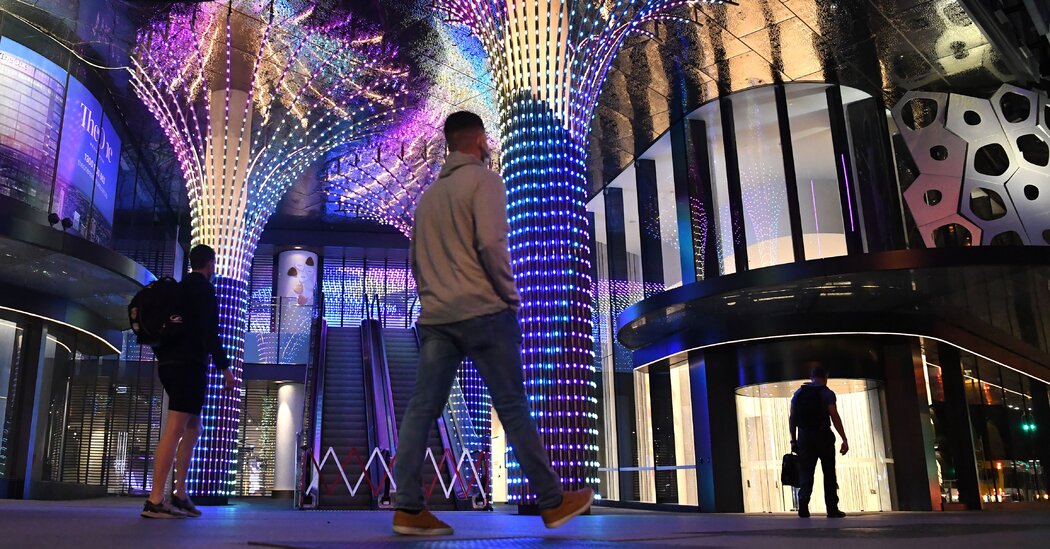 A rift has emerged between Australia’s federal government, state leaders and medical groups over vaccination advice, with several officials issuing public objections to Prime Minister Scott Morrison’s decision to make the AstraZeneca vaccine available to those under 40.

Australia’s vaccine advisory body has recommended that people under 60 should be vaccinated with the Pfizer shot because the AstraZeneca vaccine is associated with a very small risk of a serious blood-clotting disorder. But the country’s vaccination campaign was initially planned around AstraZeneca, and supplies of other shots are so far relatively constrained, with Pfizer appointments not yet open to most people under 40.

Less than 5 percent of Australians are fully vaccinated, and just under a quarter have had one dose of a vaccine. Parts of four states or territories, including four major cities, are in lockdown to halt outbreaks associated with the Delta variant, and there are restrictions in two more.

In response to outbreaks of the more infectious Delta variant of the virus, Mr. Morrison announced on Monday that the federal government would allow family doctors to administer the AstraZeneca vaccine to those under 40 who wanted it.

“If you wish to get the AstraZeneca vaccine, then we would encourage you to go and have that discussion” with your doctor, he said.

But soon after, state leaders spoke against the decision. “I do not want under-40s to get AstraZeneca,” Queensland’s chief health officer, Dr. Jeannette Young, said at a news conference on Wednesday. “I don’t want an 18-year-old in Queensland dying from a clotting illness who, if they got Covid, probably wouldn’t die.”

Parts of Queensland recently entered a three-day lockdown as authorities race to contain an outbreak.

The premier of Western Australia, Mark McGowan, echoed Dr. Young’s position and called people over 60 to be given the Pfizer vaccine to combat vaccine hesitancy.

Dr. Omar Khorshid, president of the Australian Medical Association, which represents doctors and medical students, said the announcement “was a surprise.” While some medical clinics have started providing consultations to younger people wanting to get the AstraZeneca vaccine, some doctors have said they want more information before they would be comfortable doing so.