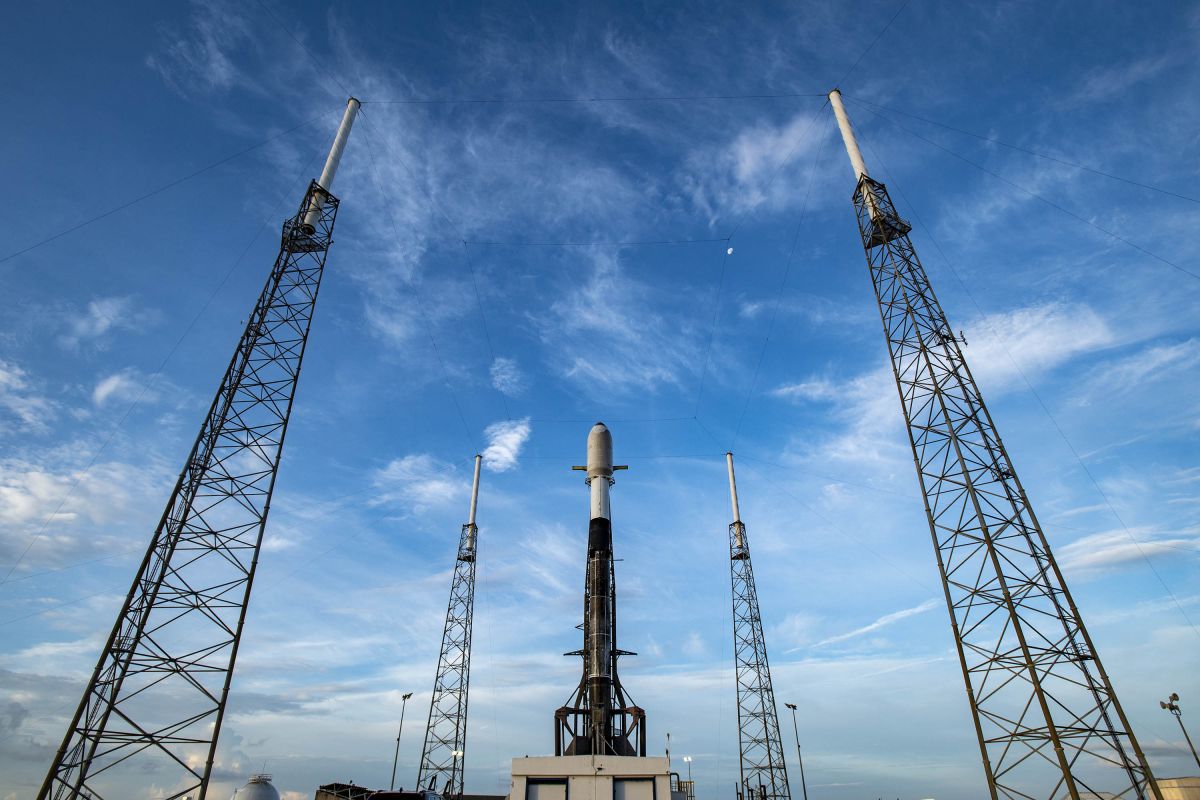 SpaceX postponed the launch of dozens of satellites just seconds before liftoff on Tuesday (June 29) when a wayward plane crept inside the mission’s safety zone.

A used Falcon 9 rocket was just 11 seconds away from launching 88 small satellites into orbit at 2:56 p.m. EDT (1856 GMT) from Space Launch Complex 40 at Cape Canaveral Space Force Station in Florida when SpaceX called a hold in the countdown. A few minutes later, SpaceX production supervisor Andy Tran said the launch was scrubbed for the day.

“Hold called due to Range being no-go; teams are setting up for tomorrow’s backup opportunity,” SpaceX wrote in a statement on Twitter. The next launch opportunity is on Wednesday (June 30) at 2:56 p.m. EDT (1856 GMT). SpaceX will have about an hour in which to launch the mission.

Related: See the evolution of SpaceX’s rockets in pictures

SpaceX CEO Elon Musk confirmed on Twitter that today’s launch delay was caused by a plane flying inside the launch range perimeter, a keep-out zone around the rocket’s flight path.

“Unfortunately, launch is called off for today, as an aircraft entered the ‘keep out zone,’ which is unreasonably gigantic,” Musk wrote on Twitter in an apparent lament about the restrictive regulations for launch range safety. “There is simply no way that humanity can become a spacefaring civilization without major regulatory reform. The current regulatory system is broken.”

Today’s launch by SpaceX would have sent 88 satellites into orbit on the company’s Transporter 2 rideshare mission. It consists of three SpaceX Starlink internet satellites and 85 small payloads for a wide variety of customers, including Satellogic, the U.S. Defense Advanced Research Projects Agency (DARPA) and the U.S. Space Development Agency, Swarm, Spire, Spaceflight Inc. and Loft Orbital, according to a SpaceX overview.

The mission is SpaceX’s 20th flight of 2021 and will mark the eighth flight for this particular Falcon 9 first stage. Half of the rocket’s clamshell-like payload fairing has also flown in space before.

What is a monsoon storm? L.A. weather may elevate fire risks