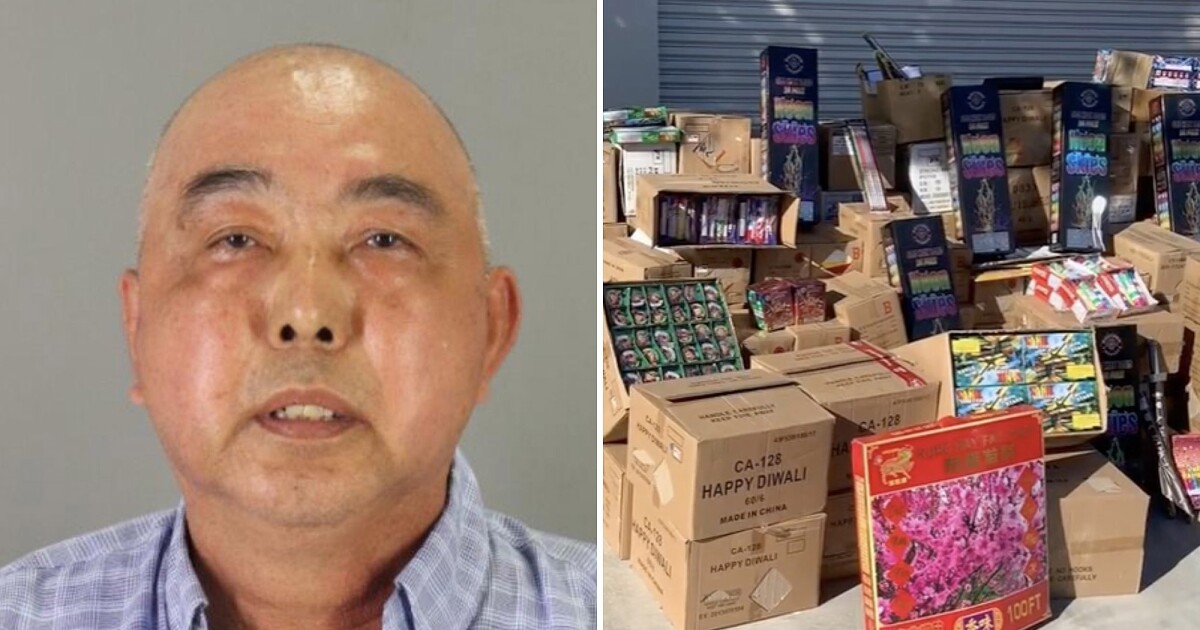 The San Mateo County Sheriff’s Office seized roughly 15,000 pounds of illegal fireworks and $1 million in cash following an investigation into a major distribution line of the explosives ahead of the Fourth of July.

Sam San, 61, of San Francisco, was booked into jail last week on suspicion of selling illegal fireworks. Authorities have identified another suspect, a 54-year-old San Jose woman who has not yet been charged and is not in custody, according to the Sheriff’s Office.

Detectives launched the investigation in May. They identified San as a potential source of fireworks and were able to make several large purchases from him, according to Sheriff’s Lt. Eamonn Allen.

Each purchase consisted of about 500 to 1,000 pounds of fireworks costing up to a couple of thousand dollars, he said.

Allen said it appeared he was storing the bulk of the fireworks in an Oakland warehouse, with additional fireworks stored at a residence.

The more than seven tons of fireworks were collected across locations that spanned San Mateo, San Francisco, Alameda and Santa Clara counties.

Early in the summer, the Sheriff’s Office, along with the San Mateo County Board of Supervisors, decided to aggressively target illegal fireworks.

While such explosives have long been considered dangerous, Allen said the extremely dry weather has exacerbated the fire risk they pose.

“They’re always a nuisance, they’re always dangerous to the people that are setting them off,” he said. “But especially this year, with the dry winter we had, we really organizationally wanted to make that enforcement a priority.”

All fireworks are illegal in unincorporated areas of San Mateo County and carry fines up to $1,000, according to the Sheriff’s Office.

San Mateo is not the only area with heightened concerns about illegal fireworks this year.

In March, an Ontario home packed with illegal fireworks exploded, killing two people in the blast. Dozens of large bins were filled with unexploded pyrotechnics after the tragedy.

Less than a month later, San Bernardino County fire officials began touting an anonymous online portal for reporting illegal fireworks. Reports collected through the app are put into a database viewable by fire and law enforcement agencies and can be used to map out hot spots.

Owners of homes where fireworks are observed — including in photos uploaded to the app — are automatically sent a $1,250 citation through the app, officials said. Property owners are on the hook if their tenants are caught using fireworks.

“We need the community to take responsibility and stop using dangerous and illegal fireworks, and report the people that are so we can concentrate our efforts,” county Fire Marshal Mike Horton said at the time.