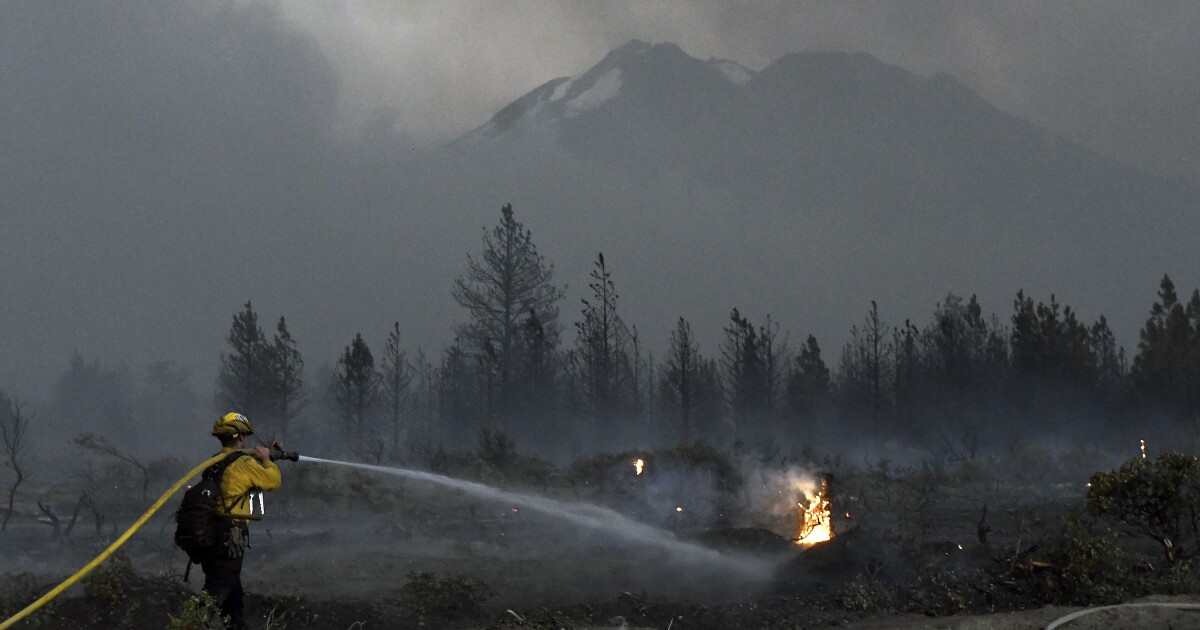 Deputies with the Siskiyou County Sheriff’s Office shot and killed a man they said opened fire on them in an evacuation zone of the Lava fire, authorities said.

Siskiyou County Sheriff Jeremiah LaRue told the Sacramento Bee that officers tried to prevent the man from driving into the Mount Shasta Vista subdivision on Highway 97 north of Weed after it had been evacuated from the fire Monday evening.

The subdivision is home to a large complex of cannabis farms run primarily by Hmong families.

“They made contact with the driver. And at some point, the driver exhibited a firearm, a handgun, and pointed it at the officers,” LaRue told the Bee.

A neighbor said he heard dozens of rounds fired in rapid succession over about 30 seconds.

LaRue did not immediately respond to requests for comment Tuesday.

The shooting occurred against a backdrop of tension between the Sheriff’s Office and the growers, including claims of racial persecution and corruption that have been been linked to the sheriff’s enforcement efforts.

Siskiyou County in recent years banned or limited cannabis operations. The county doesn’t allow commercial operations or outdoor grows, and has drastically limited the number of plants allowed on a property, according to the Bee. But, the news outlet says, authorities estimate that thousands of pot greenhouses are still active in the surrounding area.

The Sheriff’s Office houses a dedicated marijuana eradication enforcement division, which in 2019 seized more than 60,000 illegal marijuana plants and 17,000 pounds of processed cannabis products in the county, according to its website.

The victim in the shooting has not yet been identified.

The violence Monday erupted as the Lava fire grew tenfold, swelling by Tuesday to 13,330 acres. The Sheriff’s Office issued evacuation orders for the Lake Shastina and Juniper Valley areas on Monday, which remained in effect Tuesday afternoon.

Officials have also closed Highway 97 between Weed and the Juniper Lodge, about a 30-mile stretch.

Ethiopia and Eritrea Keep an Uneasy Silence After Tigray Shift