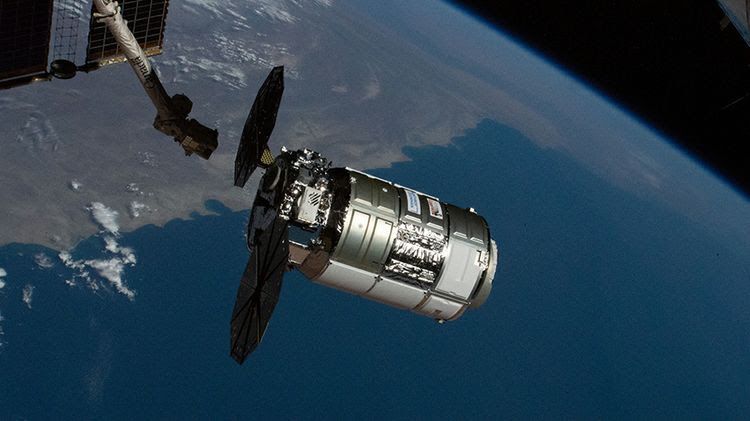 The undocking aired live on NASA TV, with the spacecraft separating from the orbital outpost right on time, enabling the craft to begin a secondary mission before its planned fiery demise.

Ground controllers remotely unbolted Cygnus from its port on the station and moved it into its release position before using the space station’s robotic arm to undock the spacecraft and send it on its way; NASA astronaut Megan McArthur monitored the departure from the space station.

Officially known as the S.S. Katherine Johnson, the Cygnus NG-15 cargo vessel launched on Feb. 20, 2021, and docked with the orbital outpost two days later. Tucked inside was more than 8,200 lbs. (3,700 kilograms) of research experiments and crew supplies.

Typically Cygnus cargo vessels are waste disposal receptacles, and this particular craft is no different. To that end, on Monday (June 28), European Space Agency astronaut Thomas Pesquet finished loading the Cygnus with trash before sealing the hatch. After it leaves the space station, the Cygnus burns up in Earth’s atmosphere as it falls from space, and all the trash inside with it.

Once the Cygnus has deployed all five CubeSats, it will make its journey back to Earth, burning up as it descends through the atmosphere.