Newsom sues to get his party preference on the recall ballot 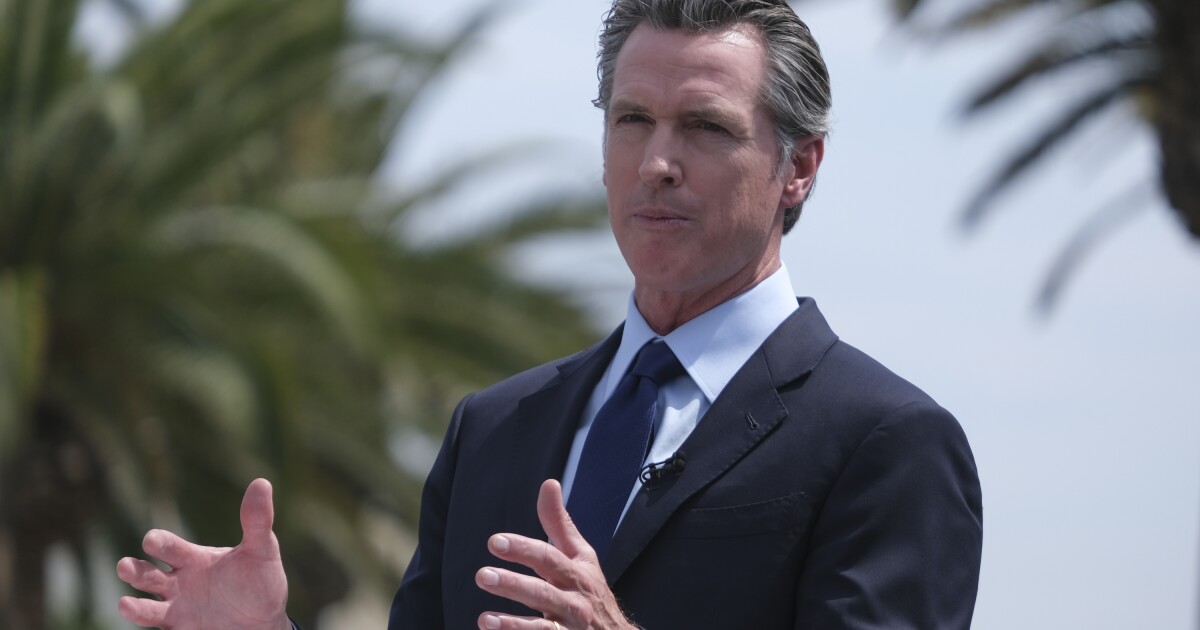 In a state where registered Democrats outnumber registered Republicans nearly 2 to 1, the Democratic governor’s name may appear on the recall ballot without a party preference, thanks to a paperwork mistake made more than a year ago. The candidates seeking to replace him in the still-unscheduled election will be listed with their stated party preference.

As first reported by Courthouse News, Newsom filed a lawsuit Monday against California Secretary of State Shirley Weber asking the court to require Weber to print Newsom’s party preference on the recall ballots. Weber was confirmed to the post in January after being nominated by Newsom.

In the past, such as in the 2003 recall election targeting then-Gov. Gray Davis, party preference didn’t appear on the ballot next to the names of California elected officials targeted in recall elections. But a 2019 law signed by Newsom changed that.

The California Elections Code now gives officeholders the right to have their party preference listed on the ballot, but only if they file to do so during their initial seven-day window for responding to the recall notice — which in this case would have been in February 2020.

While Newsom responded to that initial filing within the window, he did not include his party preference “due to an inadvertent but good faith mistake made on the part of his elections attorney,” according to the lawsuit.

The lawsuit states that Newsom’s lawyers “promptly” filed a notice of his party preference with Weber on June 19, 2021, after discovering the mistake. Weber declined to accept the notice.

“The Secretary of State’s office has a ministerial duty to accept timely filed documents,” Weber’s chief spokesperson Joe Kocurek said in a statement. “Acceptance of filings beyond a deadline requires judicial resolution.”

In the lawsuit, Newsom’s lawyers argue that there is no evidence in the legislative history of the 2019 law that the deadline set forth in the Elections Code “serves an important purpose.”

They further argue that applying the deadline would actually lead to “absurd results,” because “voters would be deprived of the very information that the Legislature deemed important for them to receive.”

The lawsuit specifies that Newsom still filed his party preference choice “well before the recall election has been called, before the nomination period has opened for replacement candidates, and before the form and length of the ballot has been finalized.”

Training the Next Generation of Indigenous Data Scientists