Mom of 3 children found dead in East L.A. is arrested 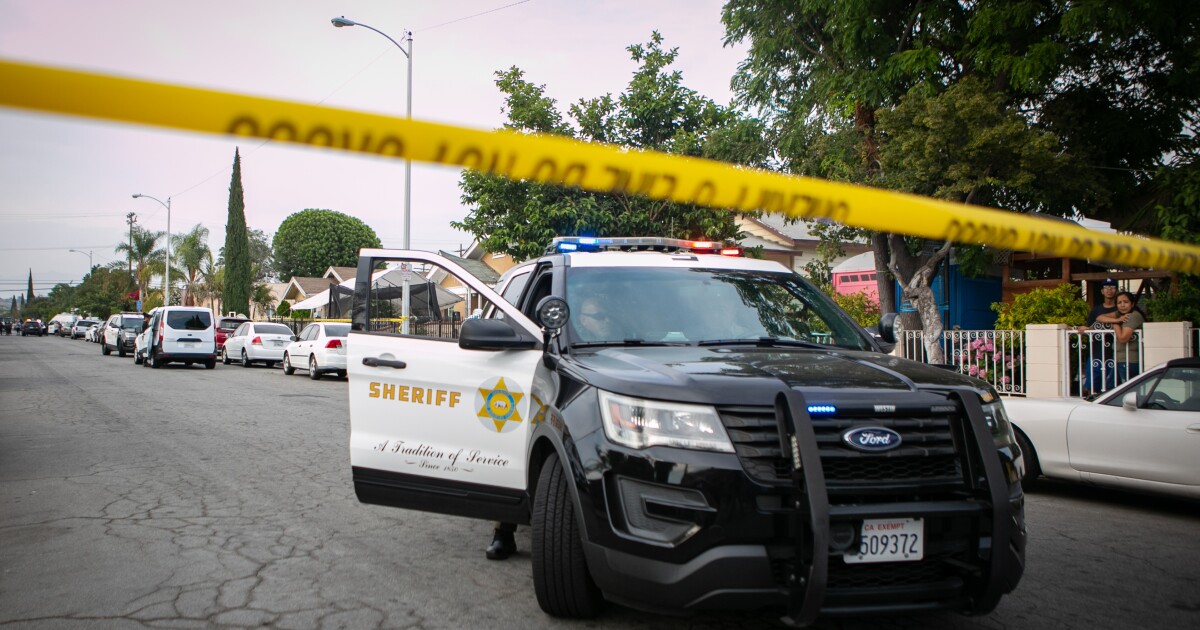 The mother of three children found dead in an East Los Angeles home has been arrested on suspicion of murder and is being held on $2-million bail, officials of the Los Angeles County Sheriff’s Department said Tuesday.

Sandra Chico, 28, was taken into custody as a “person of interest” after deputies found her three young children unresponsive Monday afternoon, Lt. Charles Calderaro said. Chico was booked at 11 p.m., records show, and was being held at the Central Regional Detention Facility in Lynwood.

In an interview, Elizabeth Chico said her younger sister had shown symptoms of postpartum depression after giving birth to her youngest child, a boy, about a month ago.

“All that stress, all that anxiety, it takes over you,” she said.

Elizabeth Chico said that despite her apparent struggles, her sister adored her children and had no history of abusing them or expressing any intention of doing so. To her knowledge, Elizabeth Chico said, the county Department of Children and Family Services had not been involved with the children.

The Sheriff’s Department said it did not appear there were any reports of child abuse or neglect associated with Sandra Chico or the home where the children were found.

The children’s deaths and the arrest of their mother have stunned the family, Elizabeth Chico said. Her niece and nephews were “three little angels,” she said. “Knowing they’re not going to be here is hard to process.”

It is difficult, she added, to square what her sister is accused of doing with the affection she always seemed to show her children.

“They were her everything,” she said. “Those kids were her world.”

A caller — possibly a relative of the children — had alerted the Sheriff’s East Los Angeles station about 12:45 p.m. Monday to two children who weren’t breathing at a home in the 600 block of Ferris Avenue, Calderaro said. Deputies found three children unresponsive in a bedroom, he said, and despite lifesaving efforts, all were pronounced dead at the scene.

There were “no obvious signs” of trauma, and it wasn’t immediately clear how the children had died, Calderaro said. The county medical examiner-coroner’s office would make an official finding of the causes of death, he added.

Mourners on Tuesday left bouquets of flowers in the fence encircling the home on Ferris Avenue. The family gathered before a small memorial in the front yard; at one point, someone put up a tarp to shield them from a battalion of television cameras set up just outside the fence.

Sandra Chico is due in court Wednesday, the Sheriff’s Department said. Her sister asked that people not rush to judgment before the full story of what happened emerges.

“If people don’t know what really happened,” Elizabeth Chico said, “they should keep their opinions to themselves.”

She said she wanted people to know that postpartum depression is a “serious issue” that shouldn’t go untreated: “If a girl is going through it, they should get help and speak up.”

Do I need to wear a mask indoors with Delta variant spread?