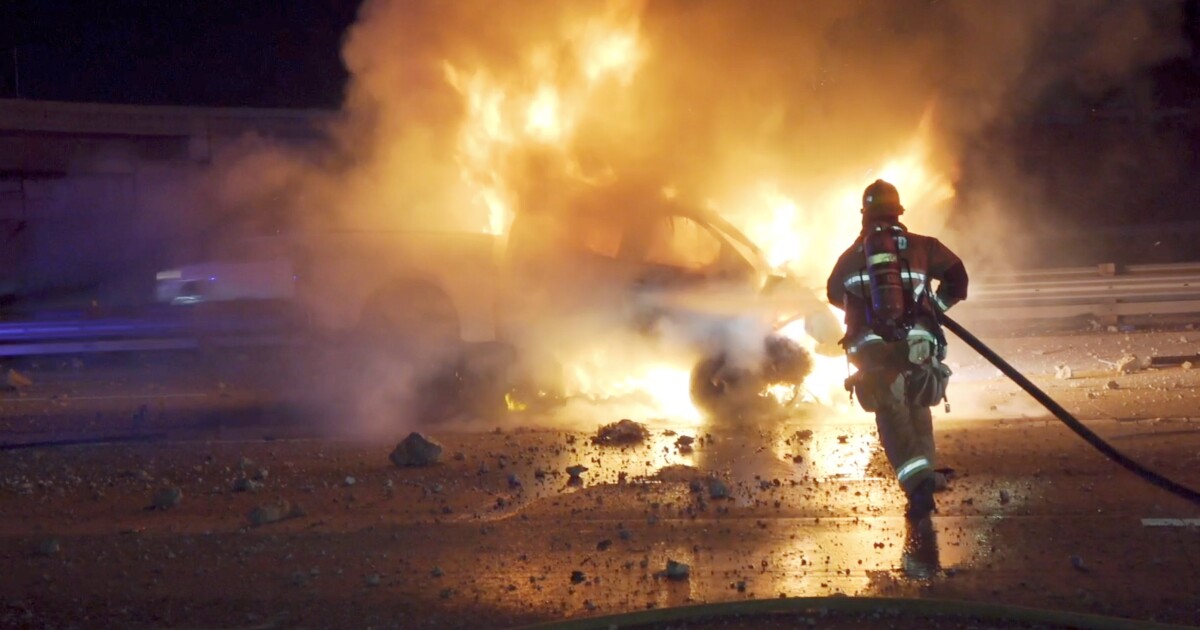 A truck careened off an overpass in Fontana on Tuesday morning and crash-landed on the 10 Freeway, triggering a fiery blaze that killed the driver of the vehicle, according to the California Highway Patrol.

The driver was going eastbound on the 10 Freeway in a 2005 Ford truck about 4:10 a.m. when he crashed through an exit sign and veered off the freeway and onto an overpass at Sierra Avenue. He crashed into a wall and flew off the overpass onto the highway below, where the truck became engulfed in flames, according to the CHP and video of the scene.

“Going the speed that he was probably going, he took out the sign [and] somehow made it up the offramp,” said CHP Officer Stephen Rawls.

The man, whom authorities have not identified, died. Nobody else was injured, according to Rawls. CHP took the vehicle into evidence, Rawls said.