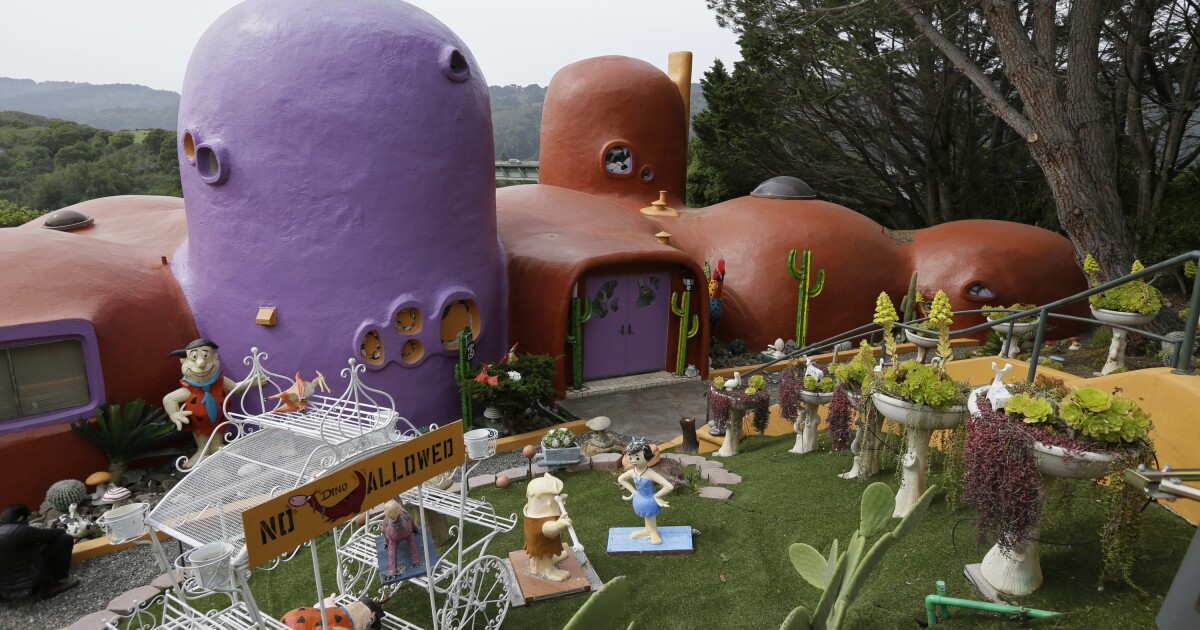 Following a lengthy court battle, the Northern California homeowner of the “Flintstone House” has quietly settled her lawsuit against the town of Hillsborough.

Florence Fang, the home’s owner, will receive $125,000 from the town to cover legal costs from her lawsuit, according to the settlement agreement. Fang must also apply for building permits for the exterior of her home, which will be approved by the town once submitted, according to town records.

The suit was settled in April, but the information was not released because of a gag order.

“The parties have reached an amicable resolution of the case to the satisfaction of all the parties, such that the improvements made to the Flintstone House will be permitted to remain,” the settlement states, according to the Palo Alto Daily Post.

Fang’s lawsuit began in March 2019, after the town of Hillsborough deemed the home’s prehistoric lawn decorations as a “highly visible eyesore” following complaints from neighbors and residents. Town officials alleged that the caveman-themed menagerie of 15-foot dinosaur statues and cartoon sculptures violated building codes and were built without proper permits.

Fang, former publisher of the San Francisco Examiner, was sent multiple notices. After she failed to comply with stop-work orders, as well as an order to remove the collection of metal dinosaurs and animals from her backyard, the town took her to court in San Mateo County.

The town’s lawsuit requested the judge to deem the property a public nuisance and order the statues to be taken down.

Fang fought back with her own suit instead, alleging that she attempted to cooperate with town officials but that because of her race, they actively denied her right to build on her property and enforced building codes that did not apply to her home.

Hillsborough Assistant City Atty. Mark Hudan, who initially represented the town in the lawsuit before being replaced by attorney Scott Ditgurth, previously told The Times that Fang’s claims were “completely baseless.”

“This cross complaint is meant to divert attention from the core fact that Mrs. Fang installed a very large project without getting permits, and blaming our enforcement staff isn’t going to change what she did,” Hudan said.

Nestled in an upmarket San Francisco neighborhood, the orange and purple, boulder-like abode visible from Highway 280 has become a hotspot for travelers and tourists, who often stop to take photos.

The house, designed in 1976 by Bay Area architect William Nicholson, sat vacant for over a year before Fang purchased it for $2.8 million in 2017.