Ethiopia and Eritrea Keep an Uneasy Silence After Tigray Shift 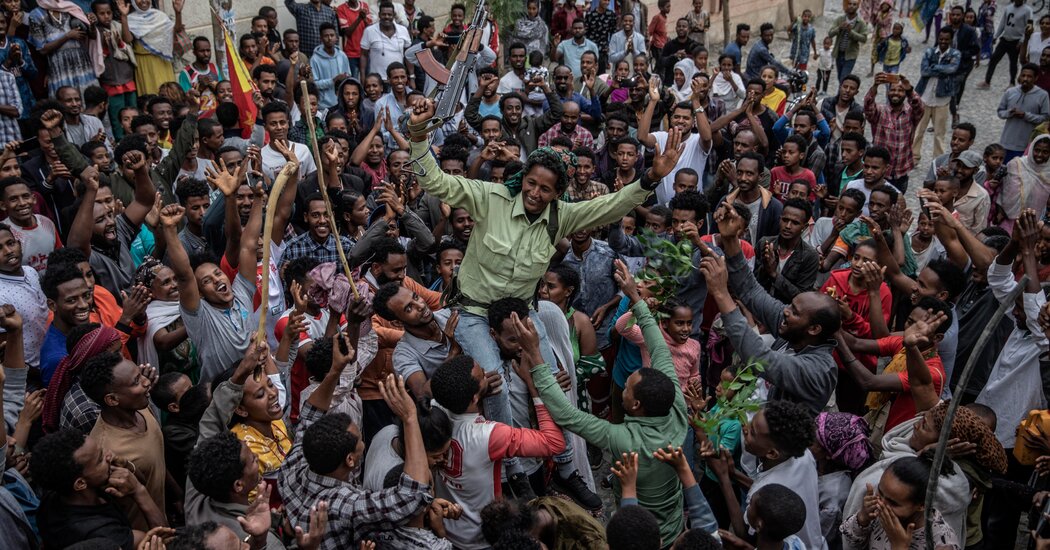 As Tigrayan forces celebrated returned control over their regional capital, Mekelle, there was mostly silence from senior Ethiopian officials back in the nation’s capital, Addis Ababa.

As Ethiopian troops left Mekelle and other parts of the Tigray region, the country’s foreign affairs ministry described the retreat as an act of humanitarian good will, saying the government had declared a unilateral cease-fire in order to alleviate the suffering from a looming famine.

“The federal government understands that the people of Tigray, especially those in rural areas, have suffered greatly,” the statement said.

Diplomats briefed on the discussions underway in Addis Ababa said that senior officials within Prime Minister Abiy Ahmed’s government were at odds on how to proceed after claims from senior Tigrayan officials that they would keep fighting Ethiopian troops and their allied Amhara ethnic militias and Eritrean military forces.

Eritrean forces joined with Ethiopia last year in shelling and invading the Tigray region, and still hold territory within the Ethiopian region. They have been accused of some of the worst in a long list of human rights abuses there in recent months.

Now, two senior Western officials said that Eritrean officials were genuinely concerned that the Tigrayans could reverse the tide of the conflict by invading Eritrea. They said that avoiding another escalation would be the focus for intensive diplomatic efforts.

The effort is expected to include influential African emissaries in the coming days to try to head off more conflict, the officials said.

In Washington, Robert Godec, acting assistant secretary of state for the State Department’s Bureau of African Affairs, said on Tuesday that the Biden administration welcomed the Ethiopian government’s decision to declare a temporary end to hostilities.

“We will watch closely to determine if the cease-fire results in changes on the ground,” he said. “It is essential now that all parties commit to the cease-fire, allow humanitarian access, protect civilians, there be independent investigations into atrocities, and that there is justice for victims.”

“We will not stand by in the face of horrors in Tigray,” he added.