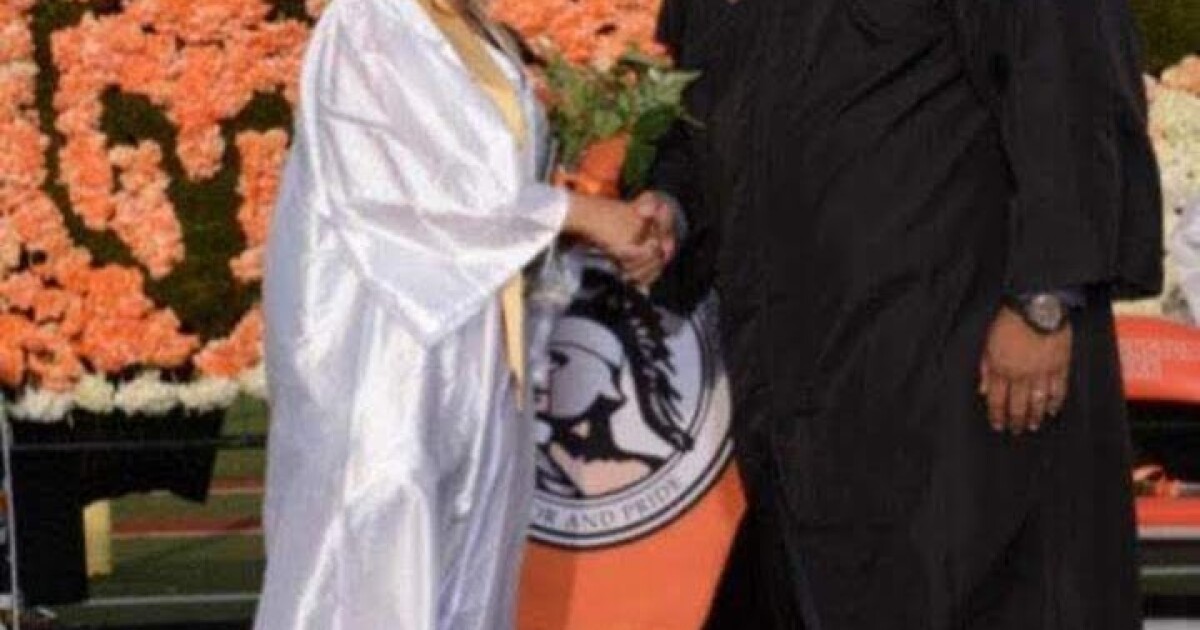 Los Angeles County Sheriff’s Department detectives are searching for a man suspected of stabbing to death his ex-girlfriend in Compton.

Sosa, 25, is believed to have fled to Mexico after the killing, Lugo said. He has since returned to the Los Angeles area and has recently been spotted in homeless encampments from Long Beach to East Los Angeles, the detective said.

De La O was a 2019 graduate of Huntington Park High School and was studying business administration at East Los Angeles College at the time of her death, hoping to one day open a tattoo, makeup or hairstyling business, said her mother, Susana Salas. She loved dying her hair in the sink — “purple, orange, green,” her mother remembered.

De La O met Sosa when she was about 15 years old, and the two dated on and off for four years, according to her mother. A turning point, Salas said, came when her daughter enrolled at community college and took a job at CVS — obligations that not only restricted how much time she could spend with Sosa but opened her eyes to “a life other than him.”

Their relationship grew strained, Salas said, to the point that Sosa struck her daughter in the forehead with a skateboard, sending her to the emergency room. De La O didn’t want to press charges but broke off the relationship, her mother said. She nevertheless stayed in touch with Sosa and saw him intermittently, Salas said.

The last time she saw her daughter, Salas was watching television with her in the living room. They had spent the afternoon at the laundromat, then cooked dinner together before settling down in front of the TV. Salas heard her daughter’s phone ping; she glanced at the phone, she said, and saw it was a text from her ex-boyfriend.

De La O touched her mother on the arm, said, “I’ll be right back,” and walked out the front door. Neighbors, Salas said, have told her they saw Sosa sitting with her daughter on some stairs.

The complex’s property manager found her body early the following morning as he wheeled out the building’s dumpsters for pickup. Next to her body was a small knife, the kind one might use to peel fruit, the manager told The Times.

Salas said the loss of her daughter — “my right hand” — has changed the way she sees the world.

“You put a face to the world because you have to,” she said. “But you don’t smile. You don’t ever feel better.”

Sosa is known to wear distinctive plug earrings that have stretched out his earlobes, according to Lugo, the homicide detective. He should be considered armed, Lugo said, and anyone who spots Sosa should not approach him but contact the authorities at (323) 890-5500.