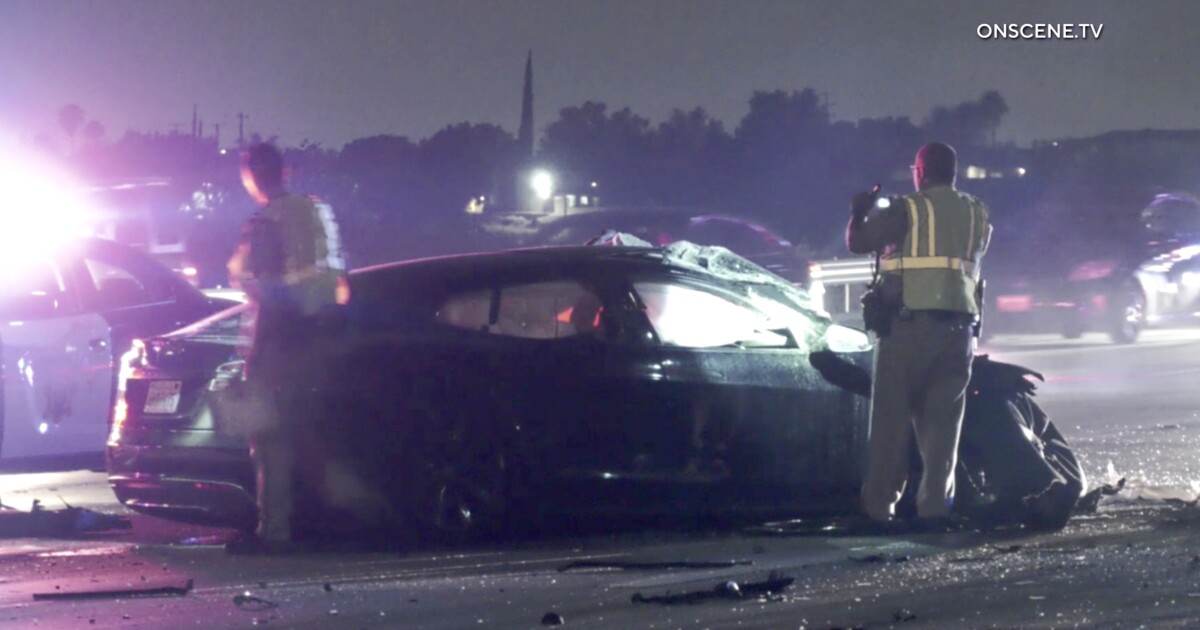 A car traveling in the wrong direction on the 210 Freeway in Rialto slammed into an oncoming vehicle and burst into flames, killing both drivers Monday evening, authorities said.

A gray Nissan Altima heading against eastbound traffic collided head-on with a black Tesla S shortly before 8 p.m., east of Pepper Avenue, according to the California Highway Patrol.

A fire broke out, engulfing both cars in flames. The drivers, both men, were pronounced dead at the scene.

Footage from OnScene.TV taken after the crash shows wreckage strewn across several lanes of the freeway.

Authorities have not released the names of the drivers, but identified the Tesla driver as a 44-year-old Yucaipa man.

No one else was in the vehicles, according to CHP Officer Ivan Sandoval.

It wasn’t immediately clear why the car was going against traffic.

CHP is investigating the crash, and asks anyone with information to contact Officer K. McCallum at at (909) 383-4247.