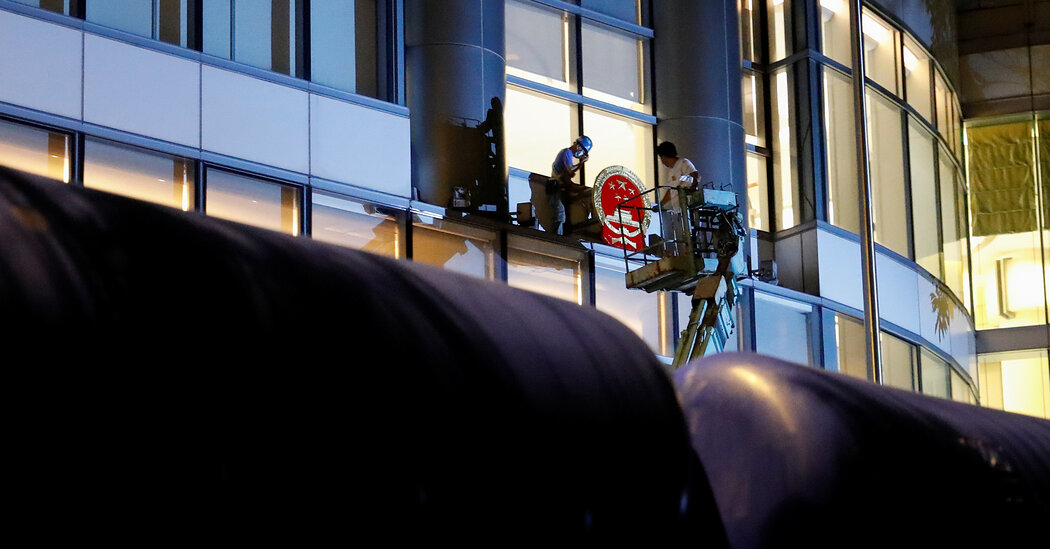 We’re covering the events that led to China’s takeover of Hong Kong and good news about mRNA vaccines.

Behind China’s takeover of Hong Kong

While the clampdown seemed to arrive with startling speed, it was the culmination of yearslong efforts by Beijing, The Times reports, a process that began with a single phrase in a dry policy paper: Beijing, the document declared, would wield “comprehensive jurisdiction” over the territory.

Interviews with insiders and advisers, as well as speeches and policy papers, show that Chinese officials took action because of growing alarm over protests in Hong Kong; impatience with wavering among the city’s pro-Beijing ruling elite; and their growing conviction that Hong Kong had become a haven for Western-backed subversion.

Party anniversary: Beijing has shut down traffic, decorated streets with patriotic slogans and ramped up security this week in preparation for the 100th anniversary of the Chinese Communist Party.

The vaccines made by Pfizer-BioNTech and Moderna set off a persistent immune reaction that may protect against the coronavirus without the need for a booster shot, scientists reported on Monday.

It’s unclear exactly how long immunity lasts for people who receive vaccines that use mRNA technology, but it could be for years, if not for a lifetime — especially for people who were infected with the coronavirus and later vaccinated.

“It’s a good sign for how durable our immunity is from this vaccine,” said Ali Ellebedy, an immunologist at Washington University in St. Louis who led the study, which was published in the journal Nature. The study did not consider the Johnson & Johnson shot, which is made with a different technology.

Caveats: The protection is most reliable if the virus and its variants do not evolve much beyond their current forms — which is by no means guaranteed. And older adults and people with immunodeficiencies may still need boosters.

Here are the latest updates and maps of the pandemic.

President Biden will host the departing Israeli president, Reuven Rivlin, at the White House as the U.S. tries to revive a nuclear agreement with Iran. Here are the latest updates.

It will most likely be Rivlin’s last visit as president of Israel, after the country elected Isaac Herzog, a former leader of the Labor Party and government minister to the role. The president of Israel does not wield as much power as the prime minister but plays an important role in diplomacy and in unifying the parliamentary democracy.

The two leaders will discuss the formation of Israel’s new government and the country’s defense needs.

Timing: It’s a critical juncture in the negotiations between the U.S. and Iran over reviving a nuclear deal, which Israel opposes. The deal would ease sanctions on Tehran in return for limits on its nuclear program. The White House meeting also comes less than a day after the U.S. carried out airstrikes against Iranian-backed militias.

For migrants in Mexico, life is often in flux. Our journalists asked people to take their own pictures as they waited to cross the border into the U.S.

Broadway (and Bruce) are back

Broadway’s biggest musicals — including “Hadestown,” “Hamilton” and “Wicked” — will not return until September. But for the 1,700 people at “Springsteen on Broadway,” the first strums on Springsteen’s guitar felt like “proof that the rhythms that moved New York City were emerging from behind a heavy, dark and weighty curtain,” The Times’s Nick Corasaniti writes.