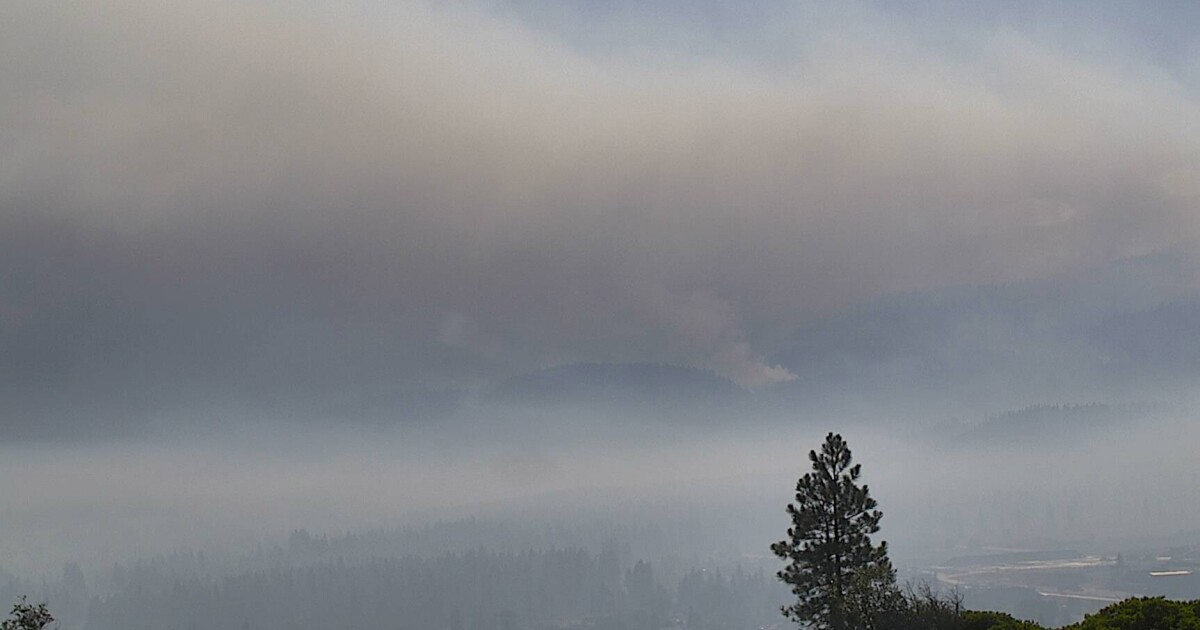 As the West contends with sweltering conditions and record-breaking heat, firefighters on Monday were battling two large wildfires in Kern and Siskiyou counties.

By Sunday night, it had reached 1,200 acres, according to Kern County Fire Department spokesman Andrew Freeborn. The blaze grew 500 acres overnight, spreading to 1,700 acres, but crews were able get 20% containment on the fire.

The blaze was sparked by a vehicle fire that ignited surrounding vegetation, Freeborn said.

More than 200 personnel were attacking the fire from the air and the ground Monday, with more resources on the way. The U.S. Forest Service, the state Bureau of Land Management and the Ventura County Fire Department were all responding to the blaze, officials said on Twitter.

Crews were battling steep, rocky terrain where rockfalls and rolling logs are likely, Freeborn said. They were working to lay containment lines quickly before the temperatures started to soar again.

“As soon as light came up today, the mission was going to be to get as much resources on it as possible as early in the day as possible, because we’re expecting well over 100 degrees again today,” he said. “It’s very difficult on the firefighters.”

Freeborn urged the public to avoid the area, and noted that air crews were temporarily grounded Sunday after a drone flew into their airspace.

“Just as a reminder, if they’re out flying, we can’t,” he said. “It’s not worth it — it’s not worth the pictures, video, whatever you’re getting — that all of these air operations on a wildfire have to stop.”

Several structures, including some businesses and a school, are in the potential path of the fire, he added, but official evacuation orders have not been issued.

Meanwhile, a large fire sparked by lightning is burning in Shasta-Trinity National Forest, in Siskiyou County near the Oregon border.

The Lava fire erupted on Saturday morning and had grown to 550 acres by Sunday evening.

It was “very active” overnight, Shasta-Trinity National Forest spokeswoman Suzi Johnson said, and had mushroomed to 1,446 acres with 20% containment by Monday morning.

Oregon and other parts of the Pacific Northwest are experiencing an unprecedented heat wave, with temperatures expected to soar into the triple digits again on Monday, according to the National Weather Service.

“The temperatures have been an extreme challenge, and today is going to be a challenging day as well,” Johnson said.

A red flag warning advising of gusty winds and low relative humidity has been issued in Siskiyou County, she said. A federal interagency management team will be taking over fire operations Monday.

As with the Shell fire, Lava fire crews were contending with treacherous conditions as they worked to contain the flames.

The terrain is rocky, with limited road access, so firefighters are having to walk up to the fire line, Johnson said. There are limited water resources close to the blaze.

Residents should be prepared to evacuate if needed, officials said.