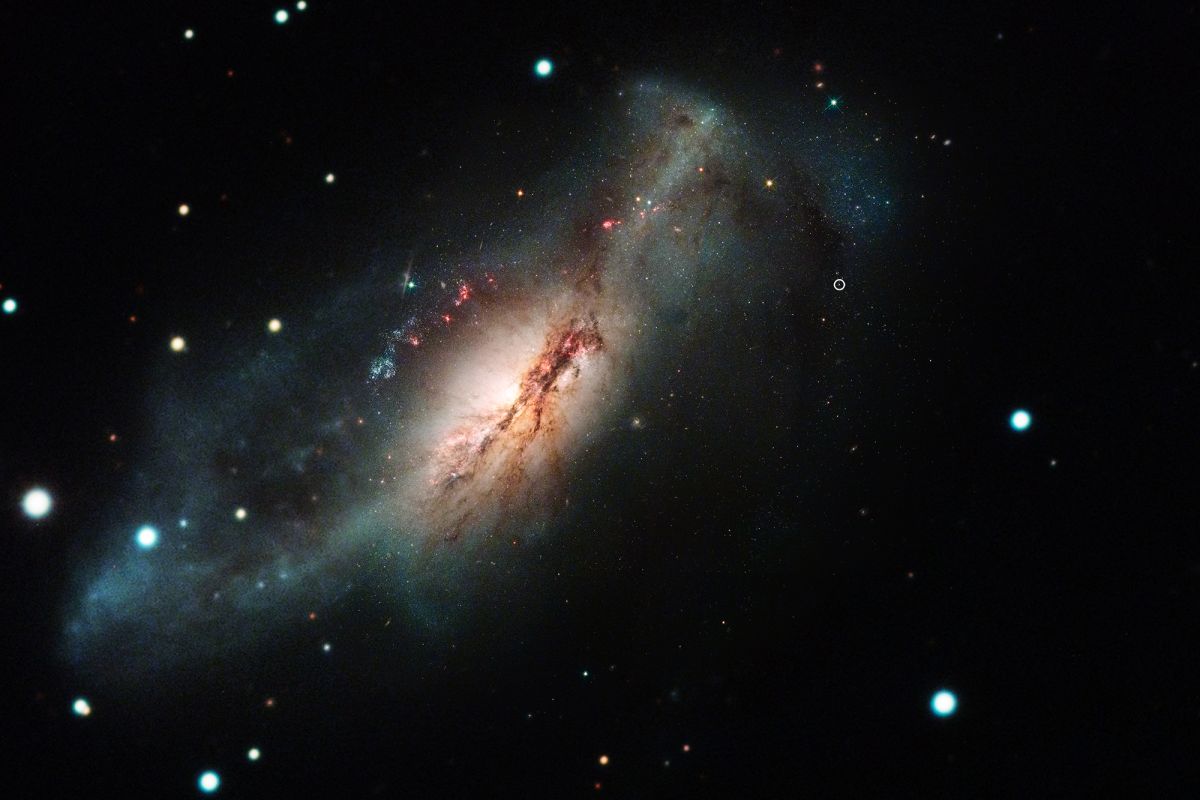 Astronomers may have finally discovered convincing evidence of an elusive kind of supernova, one that could explain a bright explosion that lit up the night sky on Earth nearly 1,000 years ago and birthed the beautiful Crab Nebula, a new study finds.

Supernovas are giant explosions that can occur when stars die. These outbursts can briefly outshine all of the other suns in these stars’ galaxies, making them visible from halfway across the universe.

For decades, scientists have known of two main supernova types. Large stars more than 10 times the mass of the sun collapse in their centers when their cores burn all their fuel, causing the outer layers to explode and leaving behind a neutron star or black hole. In contrast, stars less than eight times the sun’s mass burn out over time to leave a dense core of ash known as a white dwarf, and these remnants can pull fuel onto themselves off companion stars until they detonate in a thermonuclear explosion.

A different kind of supernova

Stars between eight and 10 solar masses should theoretically explode in a different way. Their gigantic internal pressures would force electrons to fuse with atomic nuclei. These electrons normally repel each other, so their removal leads to a drop in pressure inside the star. The star’s core then collapses, setting off an explosion of the surrounding layers and leaving behind a neutron star slightly more massive than the sun.

Astrophysicist Ken’ichi Nomoto at the University of Tokyo and his colleagues first theorized such “electron-capture” supernovas in 1980. Over the decades, scientists developed predictions of what to look for in an electron-capture supernova and its progenitor star, but they had never actually confirmed a star detonating in this manner.

Previous research suggested electron-capture supernovas could help solve a thousand-year old mystery — a supernova in 1054 AD that, according to Chinese and Japanese records, was so bright it could be seen during the daytime for 23 days, and at night for nearly two years. Its remnants became the Crab Nebula. Prior work suggested this outburst, SN 1054, was an electron-capture supernova, but this was uncertain partly because it happened nearly a millennium ago.

“SN 1054 was such a spectacular event that people recorded it around the world and preserved the records for 1,000 years,” study co-author Andy Howell, an astrophysicist at the University of California, Santa Barbara, and Las Cumbres Observatory, a worldwide network of robotic optical telescopes, told Space.com.

Now an exploding star first detected in 2018 may be the first strong example of an electron-capture supernova. “This is an important milestone in our understanding of stellar evolution and supernova physics — which stars explode and which stars don’t,” study lead author Daichi Hiramatsu, an astrophysicist at the University of California, Santa Barbara, and Las Cumbres Observatory, told Space.com.

Amateur astronomer Koichi Itagaki in Japan detected the supernova SN 2018zd in March 2018 about three hours after the explosion. Shortly after the supernova was discovered, study co-author Schuyler Van Dyk, a senior research scientist at the California Institute of Technology in Pasadena, got a hold of a Hubble Space Telescope picture of the supernova. After comparing this photo with archival Hubble Space Telescope images previously taken of that area of the sky, he identified the supernova’s progenitor star in the galaxy NGC 2146, about 31 million light years from Earth.

Knowing the identity of SN 2018zd’s progenitor star helped the researchers compare the star and the supernova with decades worth of electron-capture supernovas models.

“I am very pleased that the electron-capture supernova was finally discovered, which my colleagues and I predicted to exist,” Nomoto, a co-author on the current study, said in a statement. “This is a wonderful case of the combination of observations and theory.”

Based on models by Nomoto and other astronomers, there are six key criteria for a progenitor star of an electron-capture supernova:

The scientists found SN 2018zd and its progenitor matched the predictions for an electron-capture supernova and its origin star. The progenitor was an old bloated red giant that had shed a significant fraction of its mass before the explosion, and the gas surrounding this star matched the expected composition. The explosion was relatively weak, produced little radioactive nickel, and possessed neutron-rich elements such as nickel within its core.

“That was one of the key components that had never been done for other candidate electron-capture supernovae — they had never had a viable identified progenitor star,” Filippenko said in a statement.

The researchers had looked through all published data on supernovas, and found that although some had some of these indicators predicted for electron-capture supernovae, only SN 2018zd had all six.

“We started by asking ‘what’s this weirdo?'” Hiramatsu said in a statement. “Then we examined every aspect of SN 2018zd and realized that all of them can be explained in the electron-capture scenario.”

The new findings suggested SN 2018zd was similar to SN 1054 — in particular, a very long-lasting glow. This suggests that the medieval explosion was indeed an electron-capture supernova.

Electron-capture supernovas generally have long-lasting glows because their progenitor stars typically shed a lot of mass before exploding. The expanding gas from the supernova then collides with this earlier shed mass, lighting it. However, electron-capture supernovas also fade rapidly after a plateau lasting a few months, because they do not produce much radioactive nickel. So they are brighter than standard core-collapse supernovas at first and then fainter after a few months, Filippenko said.

“The latter aspect is what had not been taken into account when the initial analysis of the Crab supernova was done four decades ago,” Filippenko said. “Our work provides further, more compelling support for the idea that the Crab Nebula was produced by an electron-capture supernova.”

Better theoretical models of electron-capture supernovas are still needed to understand how they originate and evolve over time.

“One problem is that the theoretical models for these events are quite uncertain, because the physics is very complicated,” said Howell, who is also the leader of the Global Supernova Project, a worldwide team of scientists that uses dozens of telescopes on Earth and in space to observe supernovas. These new findings “will provide some much-needed observational guidance as to what solutions are realized in nature,” he explained.

Astronomers also “need to go back and reevaluate older supernovae to see if they might also result from electron capture,” Howell added. “Many other supernovae show some of the characteristics of SN 2018zd, but they just aren’t as extreme. Now we have to go back and take a new look at older data.”

All in all, such work may help us better understand the origins of our world and ourselves. “Your body mass is 72% material created in a supernova,” Howell said. “Understanding how supernovae cook and spew elements into the universe helps us understand ourselves.”

The scientists detailed their findings online June 28 in the journal Nature Astronomy.

Nvidia’s takeover of Arm gets support from Broadcom, MediaTek, Marvell