California state travel ban on anti-LGBTQ laws: What to know 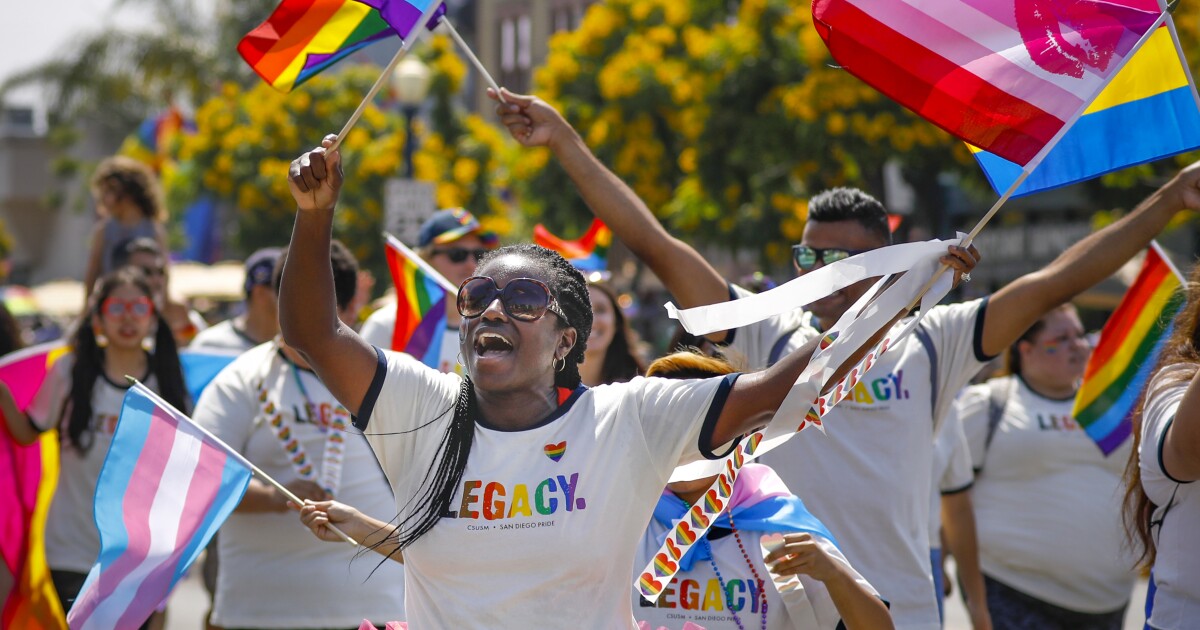 California is expanding to 17 the number of states to which it is restricting government-financed travel because of laws deemed to discriminate based on sexual orientation or gender identity, the state attorney general said Monday.

Bonta said new laws in those states are part of a recent wave of bills harmful to LGBTQ people, including a new Florida law that he criticized for preventing transgender women and girls from participating in school sports consistent with their gender identity.

“Rather than focusing on solving real issues, some politicians think it’s in their best interest to demonize trans youth and block lifesaving care,” Bonta said. “Make no mistake: We’re in the midst of an unprecedented wave of bigotry and discrimination in this country — and the state of California is not going to support it.”

California’s action drew a strong backlash Monday from leaders in other states.

“While state employees may be barred from traveling here, Californians are fleeing by the thousands to places like Arkansas for our lower taxes, lower cost of living, and abundant opportunities,” Arkansas Gov. Asa Hutchinson said in a statement.

A spokeswoman for Florida Gov. Ron DeSantis criticized California officials, saying the law he signed is not discriminatory.

“In fact, it’s the opposite — the legislation ensures that women’s sports remain fair,” said Christina Pushaw, the governor’s press secretary. “On the contrary, allowing biological males to compete in women’s sports is discriminatory, because it puts girls and women at a disadvantage based on immutable, innate characteristics.”

Pushaw, a former resident of California, said state politicians here should focus on solving problems of their own state instead of worrying about Florida.

“It is disappointing that the politicians calling the shots in Sacramento are not willing to stand up for women and girls in California,” she said.

Bonta said there have been more than 250 “anti-LGBTQ+ bills” introduced in other state legislatures, including more than 95 that discriminate against transgender people.

Under a law approved by the California Legislature in 2016, state agencies are prohibited from paying for or sponsoring non-essential travel by state workers, commissioners and others to states that pass laws deemed discriminatory against gay, lesbian and transgender people, or that repeal laws that protect them.

There are exceptions for travel required for public health and safety purposes, including law enforcement and litigation, as well as employee training required for state grants and licensing.

Although the law applies to the University of California and California State University systems, many college sports teams have continued traveling to the sanctioned states using funds collected from non-state sources, including private donations.

In addition, state lawmakers, including some who supported the law restricting travel, have used political accounts and personal funds for trips to sanctioned states including Texas to attend conferences.

Other states previously added to the list include Alabama, Kansas, Idaho and Kentucky.

The new travel restrictions will be imposed starting on different dates next month, based on when the sanctioned state’s new laws are effective.

Bonta said that West Virginia, Montana and Arkansas were also being sanctioned for laws that he said prevent transgender women and girls from participating in school sports consistent with their gender identity.

The attorney general also cited a new law in Arkansas that he said restricts physicians from providing gender-affirming healthcare to transgender minors.

North Dakota was added to the list because of a state law that repeals existing protections at some public universities by permitting certain publicly funded student organizations to restrict participation by LGBTQ students.

Bonta announced the additions to the travel ban list at the GLBT Historical Society Museum in San Francisco, where he was joined by activists and legislators including Assemblymember Evan Low (D-San Jose), chair of the Legislature’s LGBTQ Caucus.

“Its important for our state to send a strong message that we will not endorse any type of discrimination, whether it is based on sexual orientation, gender identity or gender expression,” Low said.

What is 'long COVID'? Causes, symptoms, and risks may vary