Boiling ‘baby bubble’ where stars are born comes into view 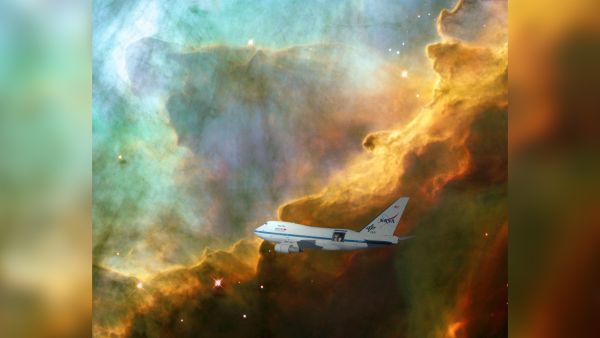 A dramatic new image of a cosmic gas bubble reveals never-before-seen details of this birthplace of stars.

The bubble surrounds the Westerlund 2 star cluster, one of the brightest star-forming regions in the Milky Way. Westerlund 2 is about 20,000 light-years from Earth, and it hasn’t been observed in high resolution until now. The new image shows that the star cluster is surrounded by a single bubble of gas, not two as previously hypothesized, and that it’s likely to keep birthing stars well into the future.

“When massive stars form, they blow off much stronger ejections of protons, electrons and atoms of heavy metal, compared to our sun,” study lead author Maitraiyee Tiwari, a postdoctoral associate in astronomy at the University of Maryland, said in a statement. “These ejections are called stellar winds, and extreme stellar winds are capable of blowing and shaping bubbles in the surrounding clouds of cold, dense gas. We observed just such a bubble centered around the brightest cluster of stars in this region of the galaxy, and we were able to measure its radius, mass and the speed at which it is expanding.”

Westerlund 2 was identified in the 1960s, but previous images of the star-forming cluster were based on radio waves and long-wavelength signals called submillimeter waves, which could provide only a rough outline of the star cluster and didn’t provide much detail about the gas bubble. The new study used measurements from the Stratospheric Observatory for Infrared Astronomy, a 747 jet that carries an 8.8-foot (2.7 meters) reflecting telescope into the stratosphere to avoid interference from most of Earth’s atmosphere.

The new observations included a near-infrared measurement of the movement of carbon in the shell of the star-birthing bubble, which was key for getting a clear picture of the bubble itself. With this measurement, the researchers could determine whether (and how fast) the carbon was moving toward or away from Earth, allowing them to create a three-dimensional representation of the bubble’s outer edge.

New stars are still forming in this shell, the researchers found. They were also able to track the bubble’s history: About a million years ago, the bubble “popped” on one side, sending a stream of charged gas called plasma streaming into space and slowing down star formation temporarily. The birth of a new bright star 200,000 to 300,000 years ago recharged the system with new solar wind from the infant star, re-energizing the shell and causing it to expand more rapidly.

“That started the process of expansion and star formation all over again,” Tiwari said. “This suggests stars will continue to be born in this shell for a long time, but as this process goes on, the new stars will become less and less massive.”

The research was published Wednesday (June 23) in The Astrophysical Journal.