Remembering the dead and missing in Florida condo collapse 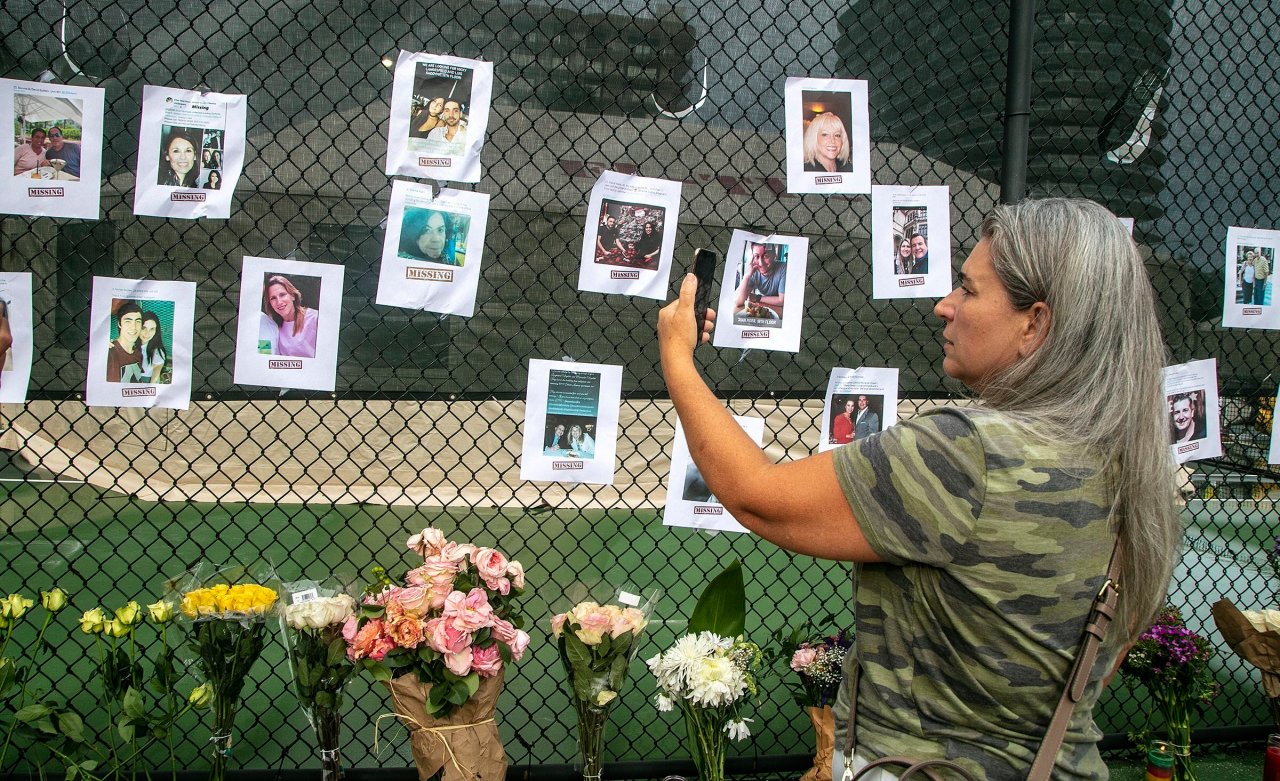 SURFSIDE, Fla. (AP) — Authorities have identified four of the nine people confirmed to have died after the collapse of a 12-story beachfront condominium in Florida. About 150 others remained missing Sunday as rescuers painstakingly searched through the rubble of the Champlain Towers South. The Associated Press has been reporting brief descriptions of the victims.

Among the missing was Linda March, who eagerly traded a cramped New York apartment for fresh air and ocean views after surviving a COVID-19 infection.

She rented Penthouse 4, whose interior was exposed, with bunk beds and an office chair still intact, just inside the broken edge where the rest of the 12-story building crumbled into a pile of debris.

March had been using the second bedroom of the furnished apartment as her office, best friend Rochelle Laufer told The Associated Press on Sunday.

Another friend, Dawn Falco, said they had been talking on the phone until just two hours before the disaster, and immediately began searching for word on her friend, who she said never leaves the house “without a smile.”

“My heart is breaking as I see the office chair that she just purchased next to the bunkbeds,” Falco said.

Florida was a new start for the 58-year-old attorney. In the past decade, she’d lost her sister and mother to cancer, her father died a few years later and she and her husband divorced. She had no children.

“She would say to me, ‘I’m all alone. I don’t have family,’ and I would say, ‘You’re my sister, you don’t have to be born sisters. And I said you always have me’,” Laufer recounted through tears.

Laufer said March loved the ocean views and beach walks, but hated the incessant noise from nearby construction and had decided to break her lease. “She was looking for another apartment when this happened,” Laufer said sadly.

Still, Laufer had been planning to visit her friend this fall.

“I joked I’m going to take the top bunk when I visit,” she said.


Before building collapse in Surfside, $9 million in repairs needed

Stacie Dawn Fang, 54, was with her son Jonah Handler, a teenager, when the building collapsed. They lived on the tenth floor. The boy’s small hand waved through the wreckage as a man out walking his dog hurried to the site, climbed through a pile of glass and rebar and promised to get help right away.

Rescuers helped the boy out from under a pile of cement and carried him away on a stretcher to a hospital.

“There are no words to describe the tragic loss of our beloved Stacie,” members of her family said in a statement. “Many heartfelt words of encouragement and love have served as a much needed source of strength during this devastating time.”

Asked about the boy’s condition, a family friend, Lisa Mozloom told the AP “He will be fine. He’s a miracle.”


Grab them quick: The fastest-selling vehicles in Florida and other states

Manuel LaFont, 54, was a proud father, a baseball fan and a business consultant who lived on the building’s eighth floor. He had a 10-year-old son and 13-year-old daughter with his ex-wife Adriana LaFont, the Miami Herald reported.

Adriana asked her friends on Facebook to pray the rosary for Manny before his body was found. “So many memories inside the walls that are no more today, forever engraved experiences in the heart,” she wrote.

LaFont, a Houston native, coached his son’s baseball team, the Astros, at North Shore Park, just a mile away from the Champlain. He was a parishioner at St. Patrick Catholic Church in Miami Beach. The parish’s school parents gathered Saturday afternoon to pray for LaFont and his neighbors who were still missing.

An alumnus of Sharpstown High School in Houston, LaFont had worked across Latin America and the Caribbean for a manufacturing firm, leading a division focusing on roadway safety that built crash cushions and moveable barriers, the Herald reported.

“I got into this industry specifically because I don’t want to sell widgets. I want to help people. I want to do something good in this world,” he said at an industry conference in 2016. “When I die, I want to say that my life meant something.”

Antonio and Gladys Lozano lived on the ninth floor. The two had known each other over 60 years and would have celebrated their 59th wedding anniversary on July 21.

Authorities confirmed on Saturday that Antonio, 83, and Gladys, 79, were among the dead.

Sergio Lozano said he had dinner with his parents hours before the collapse. He lived in one of the towers of the complex and could see his parents’ apartment across the way from his. That night, he said the heard a loud noise they thought could be a storm.

“The building is not there,” he said he told his wife. “My parents’ apartment is not there. It’s gone.”

Explore climate and weather prediction with these online courses on sale