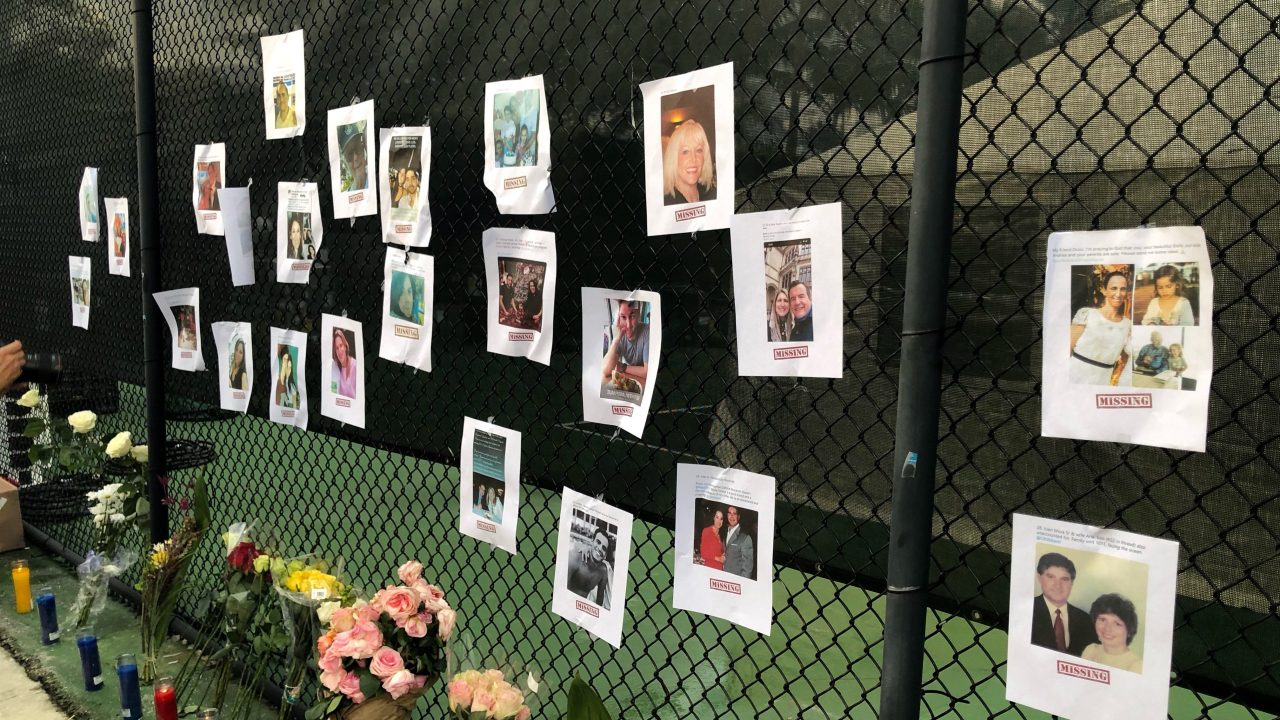 SURFSIDE, Fla. (WFLA) – Leo Soto from Miami felt compelled that he had to something to support his community in the wake of the catastrophic condo building collapse.

“I can’t begin to put in words the pain that people are going through in this community,” Soto said. “I’ve woken up in the middle of the night just shocked, just suffering, trying to ask my self what can I do.”

Soto decided to set up a memorial A block away from the destruction at Champlain Towers South.

“So this is only one third of the missing people, which is crazy to think about,” he said.

Soto said he printed out and posted photos of some of the 159 fathers, mothers, sons and daughters who have not yet been found in the rubble from where the 13-story building rumbled to the ground.

“This is the beginning of something that is to grow,” Soto said. “I will love for some families to take some solace in this, take some comfort.”

Soto said he went to high school with Nicky Langesfled. Both she had her fiancé Luis Sadovnic are still unaccounted for.

“They were about to get married,” Soto said, “she just had her bachelorette party.”

In the desperate search for survivors Friday, first responders dealt with fire and smoke rising from the rubble.

“I mean it looked like Beirut, I mean just the massive destruction on the side of that building,” said Jeff Acker, who lives in a next door building.

Down the street from the wall of photos, four women stood together holding their rosaries and prayed in Spanish. The people in Surfside are leaning on their different faiths as they try to cope with this unimaginable tragedy.

Lipskar said several members from his congregation are still missing.

“One person is a whole world, but there are a lot of worlds, many,” he said.

Soto said he hopes the wall of photos will become a place where people can grieve, but also pray and hold on to hope.

Soto is asking for people to bring more flowers candles and photos of the missing souls to add to the memorial he started.

Colosseum Opens Its Belly to the Public