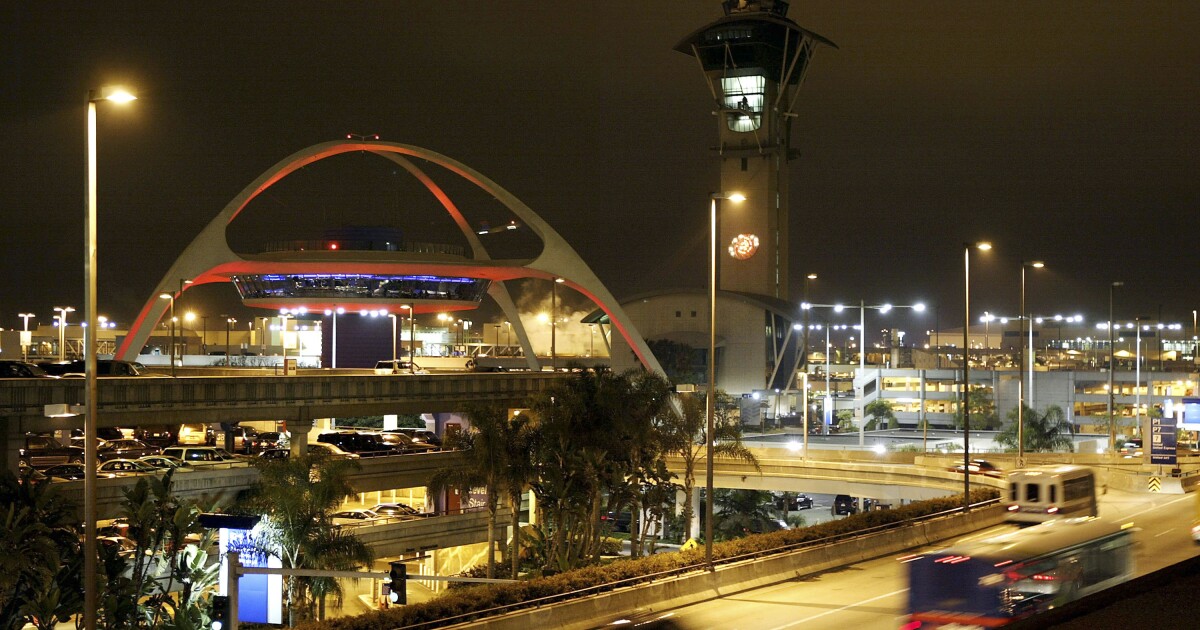 A passenger opened the door of a plane as it was taxiing away from the gate area at Los Angeles International Airport and jumped out, officials said Friday evening.

The incident occurred about 7:10 p.m. on a United Express flight, the airport’s police said in a statement. The man was treated for injuries and taken to a hospital.

The incident followed an altercation aboard the jet, according to Federal Aviation Administration spokesperson Emma Duncan. Law enforcement officials apprehended the passenger on the taxiway, she said.

The aircraft returned to the gate area, officials said. No one else on the plane was injured.

On Thursday, airport police responded after a driver broke through a fence and drove onto the LAX airfield, briefly closing the southern runways.

Sydney to enter two-week lockdown as it contains delta variant