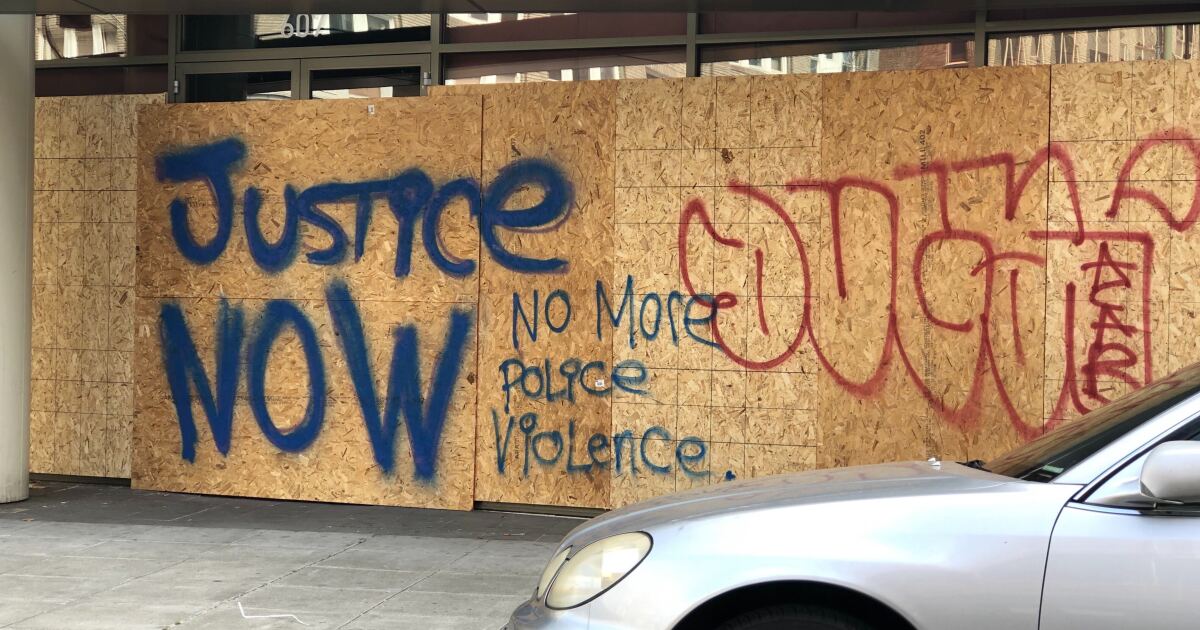 The amended $3.8-billion budget, introduced by Council President Nikki Fortunato Bas and passed on a 6-2 vote Thursday, will double funding for the Department of Violence Prevention and other non-police social services.

Some of the reallocated money will go to the Mobile Assistance Community Responders of Oakland, a non-police program that provides assistance to those in mental health crises through the Fire Department. It will also contribute to affordable housing and improvements to more than 100 homeless encampments.

During the meeting Thursday, Bas said the city is seeking ways to prevent violence and alternatives to police for responding to nonviolent, noncriminal calls for service.

The approved budget follows the council’s decision last June to form a task force with the goal of reducing spending on the Police Department by up to 50%.

Amid the taut debate over police spending and how to protect Oakland residents, Schaaf said the council’s budget would “significantly reduce police staffing” and delay responses to 911 calls.

“I believe that until we have proven alternatives, we cannot destroy Oakland’s current public safety system at a time when we are losing so many to gun violence,” she said in a statement.

Schaaf’s proposed budget would have allocated $700 million to the Police Department and paid for two additional police recruit academies, bringing the city’s total to six.

The budget passed by the City Council will instead place a hiring freeze on vacant positions, which Schaaf said “will force our officers to work even more overtime shifts, which are expensive and unsafe for officers and residents alike.”

The budget was decried by some activists for police reform, who argued that more funding should be directed toward social services as the city grapples with a rise in violent crime and homicides, including a mass shooting last weekend that left one dead and seven injured at Lake Merritt.

The Anti Police-Terror Project, an organization that supports reduced police spending and increased investing in communities, commended the council’s budget.

James Burch, policy director for the group, said the $18.4-million cut to the Police Department budget is marginal compared with the 50% initially floated by some council members, but it’s also “an important step in the right direction.”

“This historic budget ensures a comprehensive audit of the Oakland Police Department and a thorough examination of positions that could be civilianized, moved out of OPD, or a combination of the two,” the group said in a statement.