Florida Building Collapse: What we know about the victims 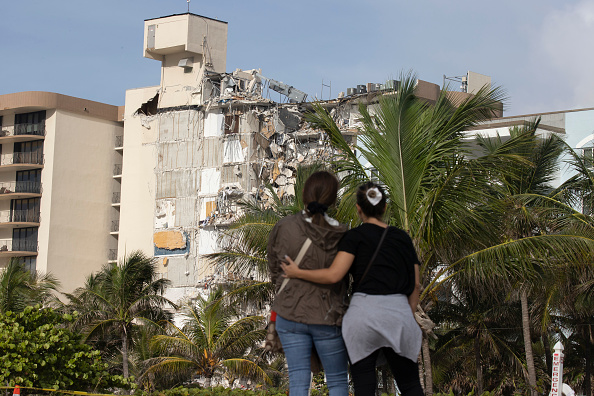 SURFSIDE, Fla. (NewsNation Now) — As search and rescue officials continue looking for more survivors in a Florida condo building’s ruble, some of the victims’ identities are being revealed.

Stacie Fang, 54, was the first victim identified by the Miami-Dade Medical Examiner. She reportedly was pronounced dead hours after the collapse at Aventura Hospital.

Her son was one of the two people captured on camera being pulled out of the rubble in the early morning hours after the crash.

Asked about his condition, Lisa Mozloom, a friend of the family told the AP, “He will be fine. He’s a miracle.” Mozloom said Jonah had been taken to the hospital at one point but said he was “stable.”

“There are no words to describe the tragic loss of our beloved Stacie,” members of her family said in a statement that Mozloom released on their behalf. They said they were deeply grateful to those who had reached out and that “the many heartfelt words of encouragement and love have served as a much needed source of strength during this devastating time.”

The family requested privacy “on behalf of Stacie’s son, Jonah,” saying it needed time to “to grieve and to try to help each other heal.”

Balboa said he was heartbroken to learn of Fang’s death.

Law enforcement have announced there are three other victims, but have not disclosed their identities yet.

159 people are still missing as the search for survivors continues Friday after part of a 12-story condo building in Florida collapsed.

Rescue teams are using sonar devices to listen for signs of movement in the rubble, but Miami-Dade Assistant Fire Chief Raide Jadallah at a news conference said they do not hear voices and that more than 130 firefighters were working at the site.

Surfside Mayor Charles Burkett said crews were doing everything possible to save as many people as they could.

“We do not have a resource problem, we have a luck problem,” he said.

This is a developing story, check back soon for updates.

A Royal Drama Unfolds in Court, But Prince at the Center of It Is Absent

Florida Building Collapse: What we know about the victims