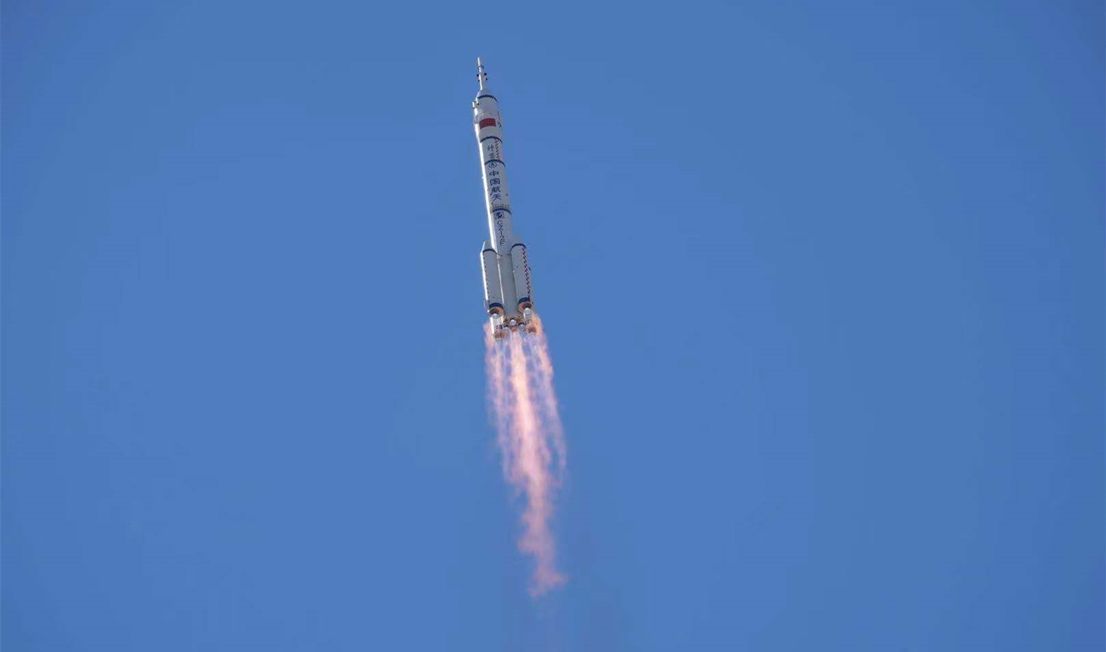 China may have successfully sent its first astronauts to its new space station module this month, but back on the ground authorities are still readying a new rocket in case of emergency.

Three Chinese astronauts launched to Tianhe, the country’s  first space station module, on the Shenzhou 12 mission on June 17. They rode to space on a  Long March 2F and docked with Tianhe just over 6 hours after liftoff. The crew, consisting of astronauts Nie Haisheng, Liu Boming and Tang Hongbo, entered the module shortly after.

Now, engineers back at the Jiuquan Satellite Launch Center in the Gobi Desert are preparing another Long March 2F rocket and the Shenzhou 13 spacecraft for the China National Space Administration. The pair are to be ready on the pad for a rapid launch in the event of an emergency.

“The astronauts would be able to return to the ground on Shenzhou 13. In that case, it can be used as the emergency rescue ship for Shenzhou 12.”

The emergency planning is reminiscent of the NASA “Launch On Need” missions planned to rescue space shuttle crews if their vehicles had suffered damage in orbit.

Tianhe provides living quarters for the crew and propulsion for the space station. It has a rear docking port and a forward docking hub that will allow two more modules to connect and other spacecraft to visit.

That means, unlike China’s two earlier Tiangong space labs, a second Shenzhou spacecraft can dock with Tianhe to perform a rescue mission.

Engineers have also upgraded the Shenzhou spacecraft, which had a first test flight in 1999, to have a longer service life. This allows the spacecraft to be docked at the space station for longer to facilitate regular, six-month-long crewed missions.

If there are no emergencies, Shenzhou 13 will launch as planned around October. Tianzhou 3, a supply mission, is expected to fly in September in preparation for the arrival of the new crew. The China Manned Space Agency (CMSA) says Shenzhou 13 will be a six-month mission. Shenzhou 14 will likewise be readied as an emergency rescue for Shenzhou 13.

China is planning 6 launches in 2022 to complete the three-module Chinese space station. Two experiment modules, Wentian and Mengtian, will launch next year along with two more crewed spacecraft, Shenzhou 14 and 15, and the Tianzhou 4 and 5 cargo missions.