Indestructible tardigrades will reveal how to survive in extremes of space 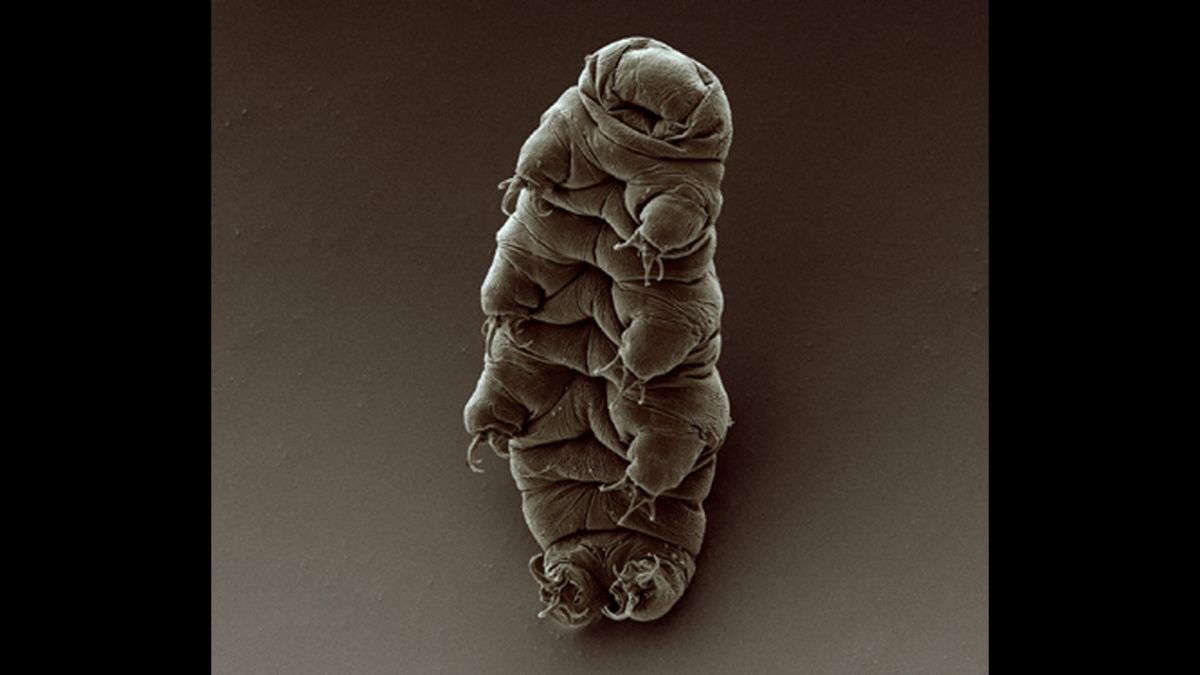 Tiny water-dwelling  creatures called tardigrades known for their ability to survive in the most extreme environments will be subject to a series of experiments at the International Space Station to reveal the secrets of their superpowers.

The 0.02-inch (0.5 mm) eight-legged creatures, also known as water bears, were sent to the space station as part of the Cell Science-04 experiment aboard the SpaceX Dragon 22nd resupply mission on June 3.

Tardigrades inhabit almost every ecosystem on Earth, including the most extreme habitats such as the deep sea, volcanoes and the Arctic. The new experiment will put their adaptation abilities to test in space under microgravity conditions and high radiation, according to NASA.  Scientists will keep the tardigrades on the space station for four generations to see what changes take place in their DNA over time.

Related: There Are Thousands of Tardigrades on the Moon. Now What?

“We want to see what ‘tricks’ they [tardigrades] use to survive when they arrive in space, and, over time, what tricks their offspring are using,” Thomas Boothby, assistant professor at the University of Wyoming in Laramie and principal investigator of the experiment, said in a NASA statement. “Are they the same or do they change across generations? We just don’t know what to expect.”

Tardigrades are already experienced space travelers. In September 2007, the European Space Agency (ESA) sent a batch of tardigrades for a 12-day space trip aboard the uncrewed FOTON-M3 spacecraft. Most of the colony survived the exposure to vacuum and cosmic rays. Some even managed to overcome solar UV radiation that can be up to 1,000 times higher in orbit than on the surface of Earth. Past experiments on Earth showed that tardigrades may produce more antioxidants — substances that slow cell damage — when faced with more radiation.  The Cell Science-04 researchers hope the experiment will  find out whether the same happens in microgravity. The scientists will also study how the stresses of spaceflight turn various tardigrade genes on and off, NASA said.

“Checking which genes are also activated or deactivated by other stresses will help pinpoint the genes that respond exclusively to spaceflight. Cell Science-04 will then test which are truly required for tardigrade adaptation and survival in this high-stress environment,” NASA added.

The critters will reside in hardware called the Bioculture System, made by NASA’s Ames Research Center. The hardware allows Earthbound scientists to remotely examine cultures of microscopic creatures, or cells and tissues, while adjusting the environment as they wish.

“In the long run, revealing what makes tardigrades so tolerant could lead to ways of protecting biological material, such as food and medicine from extreme temperatures, drying out, and radiation exposure, which will be invaluable for long-duration, deep-space exploration missions,” NASA said. “That’s superhero-size potential for the teeny tardigrade.”

CDC says more than 4,100 people have been hospitalized or died after vaccination