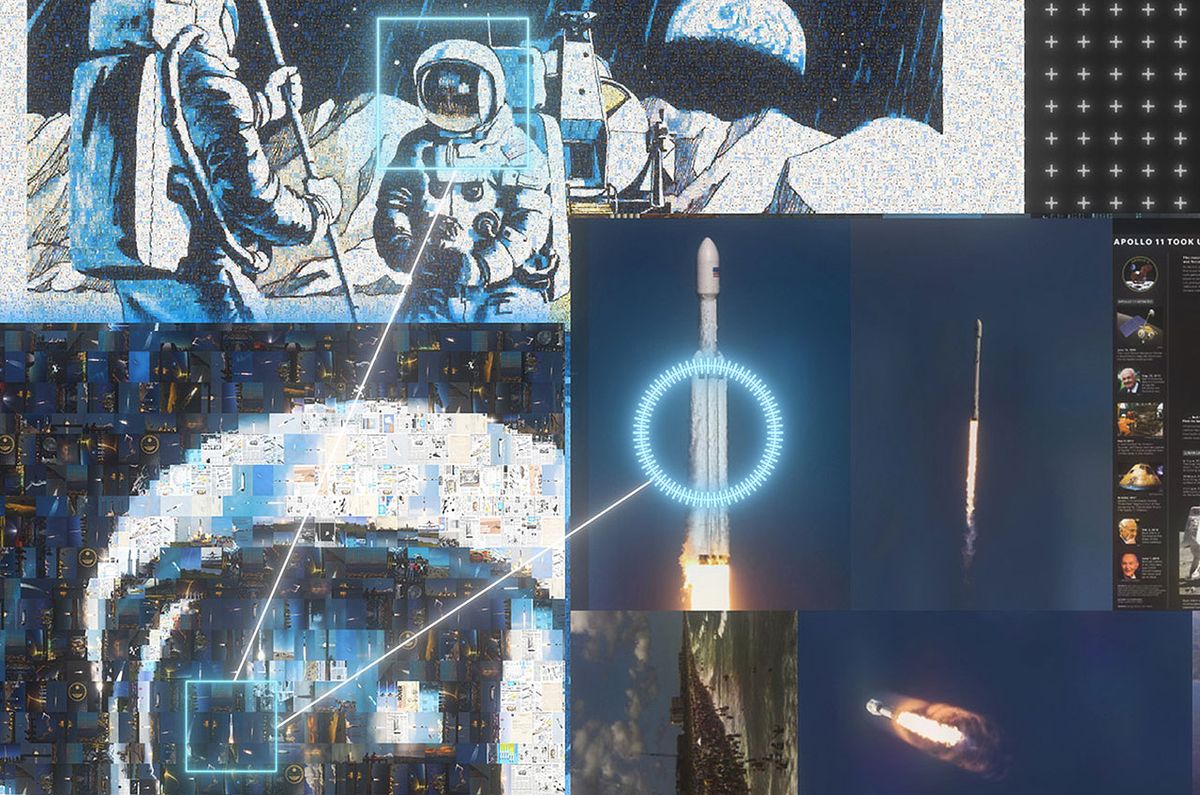 Fifty years after it became one of the first newspapers delivered to the moon, a special edition of TODAY is again crossing frontiers — this time as a new type of digital asset.

The USA TODAY Network has announced that it will auction its first non-fungible token, or NFT, a unique data file inspired by a 24-page section of TODAY (today, Florida Today) newspaper that in 1971 was flown to the moon on Apollo 14, the third successful lunar landing by astronauts. The USA TODAY Network is part of the Gannett Company, which was led by Al Neuharth, the founder of TODAY.

“Space travel was an inspired theme for our first NFT because it tells the story of innovation and advancement that has been a positive unifying force in American culture, which is also the aim of Gannett’s storytelling,” Kris Barton, chief product officer for Gannett and the USA TODAY Network, said in a statement. “Our digital subscriber growth can be attributed to our unique content and our ability to use technology like an NFT as we find meaningful ways to bring communities together and engage new audiences.”

The “First Newspaper Delivered to the Moon” NFT auction, which is scheduled to be open for 48 hours beginning on June 28 at 8 p.m. EDT (0000 GMT June 29), is centered around a mosaic that recreates the front page artwork of “A Space Age History: Man’s Odyssey to the Moon,” the special TODAY section, made up from the photos and pages from 50 years of USA Today and Florida Today coverage of Apollo missions, space shuttle flights and SpaceX launches. The NFT itself is a video exploration of the mosaic, which was created for the USA Today Network by visual journalist Pat Shannahan.

“The story of humankind’s journey to the moon can’t be captured in a single frame. That’s why visual journalist Pat Shannahan did it in 105,147 frames,” USA Today explains on its auction website. “With hundreds of photos, graphics, illustrations and newspaper front pages collected from across our national network’s history of covering space, he built this one-of-a-kind picture-of-pictures.”

Also included in the mosaic are some of the letters from first American in space Alan Shepard, who commanded the Apollo 14 mission, detailing how the original TODAY section traveled to the moon.

Originally the idea of Neuharth, whose requests were turned down by the head of NASA and the President of the United States, the newspaper’s very-long-distance delivery came about due to a chance meeting between Shepard and Buddy Baker, editor of TODAY.

“I reaffirm that I intend to take the total films of TODAY with me on Apollo 14,” Shepard wrote to Baker in a December 1970 letter, one month before the launch. “I hope that you will be able to publicize this after the flight since so many of your readers are directly responsible for its success.”

On Jan. 31, 1971, Apollo 14 lifted off for the moon. Five days later, Shepard and Edgar Mitchell became the fifth and six people to walk on the lunar surface, while Stuart Roosa orbited above. In addition to the microfilmed edition of TODAY, Shepard also brought along films of the Houston Post (today, Houston Chronicle) and the Christian Science Monitor.

After the flight, Shepard returned the flown-to-the-moon film to Neuwirth, who retained the front page negative. The second page was presented to Baker. The remainder, it is believed, was buried in a time capsule, but the details of that and where that time capsule is today are not clear.

In addition to the video tour of the mosaic and the mosaic itself, the winner of the NFT auction will also receive physical and digital copies of “A Space Age History,” which was reprinted in 1971 to celebrate its flight to the moon; a tour of Cape Canaveral led by Florida Today space reporter Emre Kelly; lifetime subscriptions to both USA TODAY and Florida Today; and a “swag bag” of space memorabilia from the Florida Today archives.

All of the auction proceeds will benefit The Gannett Foundation and the U.S. Air Force Space & Missile Museum Foundation.

“We are thrilled to be the recipient of this auction recognizing the importance of space exploration and discovery,” Ray Sands, board chairman of the museum foundation, said. “The funds will support our work to recognize and preserve the historical significance of U.S. Space Force launch activities.”