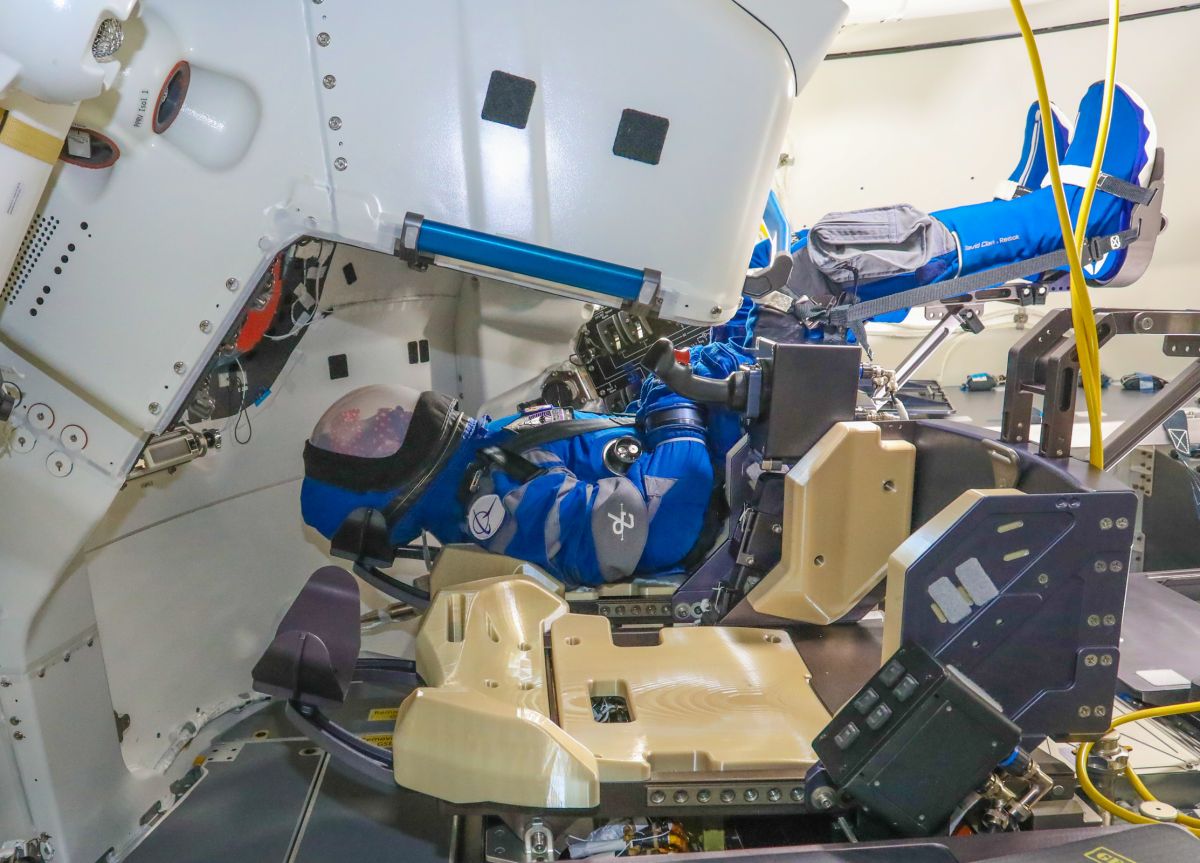 Although the next flight of Boeing’s Starliner capsule won’t carry any astronauts, it will ferry one passenger to and from the International Space Station.

That passenger is an anthropomorphic test device, more colloquially known as a flight dummy, dubbed Rosie the Rocketeer. “Rosie the Rocketeer is buckled in for the upcoming Starliner launch!” officials wrote on NASA’s Commercial Crew Program Twitter on Wednesday (June 23).

That launch, atop a United Launch Alliance Atlas V rocket, is scheduled for 2:53 p.m. EDT (1853 GMT) on July 30 from Space Launch Complex 41 at Cape Canaveral Space Force Station in Florida. The flight, dubbed the Orbital Flight Test 2 (OFT-2) mission, is scheduled to spend between five and 10 days in orbit, then land in the western United States.

The dummy also flew on Boeing’s previous uncrewed Starliner mission in December 2019, which experienced software issues and failed to reach the space station as planned. Eighteen months later, the testing device is getting a second chance at telling engineers what a Starliner flight is like.

During the previous shortened flight, Rosie was equipped with 15 sensors that gathered data about the dummy’s flight experience. This time, the sensors will focus on the spacecraft itself instead, according to a Boeing statement, specifically the seat infrastructure that will hold the astronauts.

“While Rosie provided us critical insight into how much force her (sic) body experienced in the commander seat during the first OFT mission, these new sensors will capture data to characterize the motion of all four crew seats,” Dan Niedermaier, crew module chief engineer at Boeing, said in the statement. “Generally, all seat locations behave similarly; however, there are small differences that our engineers want to validate to ensure everyone gets a nice, enjoyable ride.”

The flight dummy, which weighs 180 lbs. (82 kilograms), will also help stabilize the vehicle’s center of gravity throughout the flight, according to Boeing.

As on the dummy’s first flight, Rosie will be bedecked in a red and white polka dot headscarf to honor its namesake, World War II’s iconic Rosie the Riveter. But on this flight, the dummy will also sport a matching cloth mask in a nod to the coronavirus pandemic that burst onto the world scene shortly after Starliner’s first flight. The mask was sewn by Mae Krier, who during World War II built planes at a Boeing factory in Seattle, according to the company.

And while Rosie the Rocketeer serves a technical purpose, the Boeing team see the dummy as something more important as well, Melanie Weber, the subsystem lead for Crew and Cargo Accommodations on the Commercial Crew Program, said in the Boeing statement.

“We are all excited to see Rosie in the Starliner again, because she symbolizes our bigger goal of safely and reliably transporting astronauts to and from the International Space Station,” Weber said.

Had enough of Garcetti? I'm tossing my hat into the ring